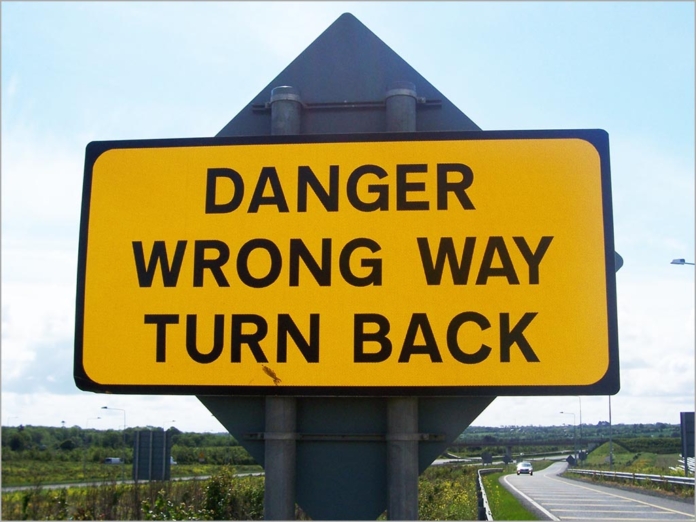 news Herald Sun columnist Terry McCrann has published an article praising Malcolm Turnbull’s stewardship of the NBN project as his “greatest and unqualified achievement in Government”, but has based his argument on a number of inaccurate statements regarding the project.

In June 2010, for example, just one year after Labor launched FTTP version of the NBN project, McCrann described the project as a “multi-billion dollar disaster”, while in August 2015 the columnist accused those backing what McCrann said was Labor’s “fantasy” FTTP model of “complete financial indifference verging on total financial illiteracy”.

On Tuesday this week, McCrann published an article entitled “Turnbull got it right on NBN”. Delimiter recommends readers click here for the full article.

In the article, the columnist praised Turnbull’s stewardship of the NBN, describing it as his “greatest and unqualified achievement in Government”.

McCrann’s central argument appears to be that, by switching the NBN’s model away from Labor’s FTTP approach and to a ‘Multi-Technology Mix’ model which re-uses the copper and HFC cable networks owned by Telstra and Optus, Turnbull has been able to successfully reform the project.

However, the columnist appears to have made a number of basic factual errors in his article.

The most glaring problem is that McCrann appears to attribute much of the progress which the NBN rollout has made over the past two and a half years since the Coalition has been in power to Turnbull’s NBN strategy, noting that the NBN announced this week that it has about a million customers, compared to about 100,000 when the Coalition took power.

However, the columnist does not appear to have informed readers that the vast majority of those customers are connected to Labor’s original FTTP model. The Coalition has made little progress so far connecting customers to its MTM technologies.

In addition, this ‘ramp-up’ was predicted by both the NBN company and Labor. It took a number of years for the setup of the NBN company to take place from 2009; the rollout was always scheduled to accelerate in later years.

For both of these reasons, most of the NBN’s current success can be directly attributed to Labor, not the Coalition.

McCrann also included a number of other common misconceptions about the NBN in his article, claiming that Labor’s version of the NBN could cost more than $100 billion, that it could take until 2030 to connect Australians, that 25Mbps is the broadband speed that most people want, and that it would cost more to provide customers with much higher speeds on the NBN.

McCrann also praised the NBN’s financial performance under the Coalition.

However, these statements are demonstrably inaccurate or at best highly contested.

The NBN Strategic Review (PDF), conducted under Turnbull as Communications Minister, found that a reworked FTTP version of the NBN could be delivered at a cost of $64 billion by 2023.

The Strategic Review also showed that this version of the NBN would make a return on the Government’s investment of about 4 percent. This means that the NBN would actually make a profit for the Government — it would not, in effect, cost the taxpayer anything.

McCrann is correct that most NBN customers have taken up lower speed tiers on the network – 12Mbps or 25Mbps, instead of higher speed tiers such as 100Mbps or even 1Gbps.

However, the slow take-up of high-end NBN services has been linked to the company’s pricing structure, with figures such as Stephen Baxter — celebrated entrepreneur and co-founder of fibre telco PIPE Networks — stating their disbelief that the NBN company charged customers more for accessing higher speeds, rather than incentivising them to use the full capacity of the NBN network.

In short, many experts believe Australians would take up the higher NBN speeds in much greater numbers if the NBN company reworked its much-criticised wholesale pricing model. In addition, it is not clear that unlocking these higher speeds would actually cost the NBN anything, because it has already invested the capital needed to build its network — it does not cost the company any more to run higher speeds over its existing infrastructure.

Likewise, globally, most telecommunications experts agree that broadband networks are trending towards the availability and need for gigabit speeds.

Technology figures such as Atlassian co-founder Mike Cannon-Brookes — one of Australia’s most successful technology entrepreneurs — and others have stated in public that gigabit speeds are essential for the nation’s long-term development. In addition, internationally telcos such as AT&T, Google, Verizon and more are talking up the need for such speeds.

In terms of the NBN company’s financial performance under the Coalition, McCrann is again inaccurate in this area.

The cost of remediating the copper and HFC cable networks for the NBN has been higher than expected, and revenues under Turnbull’s MTM model have been lower than the previous FTTP model, meaning that the rate of return on the Government’s investment has sunk lower than under Labor.

In fact, the NBN may actually be in some financial trouble.

In the recent Federal Budget, the Government revealed it had put together a special taskforce to determine how to fund its modified rollout of the NBN, with the project’s costs ballooning and the public purse running dry of funds to support it.

A key issue for the NBN is that it is not clear whether its sinking projected rate of return under the Coalition will allow it to borrow money from the private sector to complete the network rollout.

Finance Minister Mathias Cormann was forced to admit earlier this month that the Government did not yet know how the NBN company would fund the remainder of its rollout.

McCrann’s article comes as Australia’s conservative media appears to have recently launched a spate of attacks on Labor’s NBN approach, linked to this year’s Federal Election.

The Australian and The Financial Review newspapers have both published articles stridently attacking Labor’s NBN approach, despite the fact that Labor itself has not yet launched its new NBN policy for this year’s election. In addition, free market think tanks such as the IPA have also come out attacking Labor on the issue.

In comparison, these media outlets have not levied the same amount of criticism at the Coalition’s alternative model.