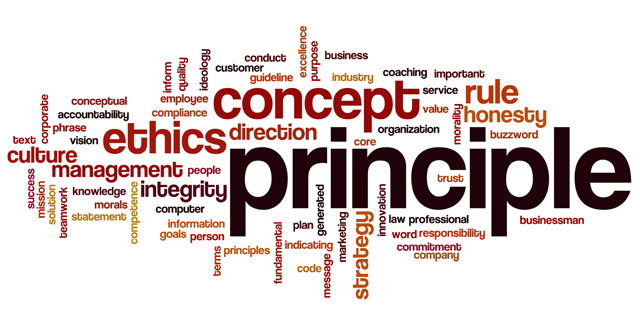 The intent of this document is that it will represent the general will of the Delimiter community and guide the articles we publish on the site on an ongoing basis. Whenever an issue arises, we will relate it to this document to help form a view on how that issue should be approached.

This will also be a living document on the Delimiter site. It will never be able to completely cover every issue, and will need to be updated as events unfold. However, the hope is that it will eventually settle down somewhat, and serve as a useful reference for Australia’s technology community as a whole when considering current events.

Principle 1: We support the development and adoption of beneficial new technologies.

Delimiter’s community is composed of individuals who work with or who are personally enthusiastic about technology. We recognise the beneficial impact that new technology usually has upon the operation of society in general and upon the human experience of individuals.

This means that we support removing artificial barriers to the development and adoption of beneficial new technologies. It also means that we oppose the introduction of new controls that would seek to artificially entrench legacy models. However, we also recognise that some specific technologies (for example, military technology) can be potentially harmful, and must be carefully regulated.

Principle 2: Where there is a choice of technologies to be implemented, we support the option that will be the best fit for purpose in the long-term.

There are a number of different mechanisms for judging which technology should be implemented in any situation. Some are based on pure technical capability, some on human factors such as usability, and some on financial issues such as cost or return on investment.

When judging what technology should be implemented, Delimiter believes that all available factors should be considered, with a view to finding the best solution for the long-term.

Principle 3: Free and open competition is generally the best mechanism for society to develop and adopt beneficial new technologies.

Most new technology is primarily developed and distributed by individuals or organisations (profit and non-profit) competing with each other in a free and open market. In general, any individual or organisation should have the right to develop and provide their products and services to consumers. However, we also recognise that such competition must be carefully and sensitively moderated by regulators and governments, especially where monopoly conditions exist.

Principle 4: No government should interfere in the operation of the Internet, beyond that which is required to ensure a stable domain name system.

The Delimiter community does not want the Internet to be censored, filtered, regulated or otherwise controlled by any government. The Internet is a global network of networks which is beyond the reach of any one jurisdiction. The only role any government should play in the operation of the Internet is to ensure a stable domain name system is maintained.

Principle 5: No broadband provider should negatively discriminate against specific types of data being carried on its network, unless that data is malicious in nature.

This principle recognises the concept of ‘net neutrality’ in that it would prevent broadband providers from negatively discriminating against certain types of data traffic on their networks (a common example being peer to peer traffic).

However, it would not prevent broadband providers from positively discriminating against certain forms of traffic, reflecting the reality that certain forms of traffic (for example, Internet telephony or Internet television) perform best when network optimisation takes place. It also retains the ability to protect networks against malicious traffic (for example, Denial of Service attacks).

Principle 6: Access to high-speed broadband is a human right

Principle 7: The privacy of individuals should be respected by default. Electronic surveillance must be targeted, proportionate, and subject to strong oversight.

Electronic surveillance is a legitimate part of modern law enforcement activities. However, the Delimiter community believes that the privacy of all individuals should be protected by default. Electronic surveillance should only be used when there is a strong law enforcement need for this information. When this occurs, such access should be targeted, proportionate and subject to strong oversight.

Principle 8: Corporations should pay a fair amount of tax in the geographic area where they made their revenue.

It is common practice for major technology companies to game the global taxation system by funnelling their income through jurisdictions with extremely favourable tax regulations. Delimiter believes this results in a disproportionate rate of tax distribution to certain countries and should be stopped.

Principle 9: The implementation of new technology must be subject to appropriate governance controls and frameworks.

This principle particularly refers to major technology-enabled projects of the kinds regularly undertaken by governments and corporations, although it can also apply to technology implemented by individuals.

It refers to the fact that it is not sufficient merely to purchase a new technology product or service. All technology must be implemented or ‘bedded down’ in such a way that it functions correctly and achieves a beneficial outcome.

Principle 10: Governments should grant favourable financial and regulatory incentives to digital economy industries to help generate new economic activity and to base their operations locally.

This principle reflects the fact that some new digital economy industries (for example, IT and video game development) have the potential to drive significant new economic activity, to add to or replace existing economic activity generated by legacy sectors such as resources and agriculture.

Some countries have granted these fast-growing industries significant concessions in order to help them expand more rapidly. In order to compete, it is essential that Australia does the same. It is also important that these industries are incentivised to grow their operations on-shore and not shift overseas.

Principle 11: Commercial service providers should respond to their customers’ needs and communicate openly with them

Many of the issues that have arisen in the global technology industry over the past several decades relate to a situation where a vendor stops directly responding to the needs of their customers, in terms of changing their products or services or the terms and conditions or pricing associated with such services.

This principle reflects the idea that vendors should seek to meet their customers’ needs, rather than fighting them. This can be a delicate balance at times, but there is no doubt that the Delimiter community comes down on the side of the customer.

In extreme cases where monopoly conditions exist, governments must carefully regulate commercial service providers to ensure they do not abuse their position.

Principle 12: Education curriculums should include an explicit focus on instructing students on understanding basic technological concepts and applying them in practice.

Education curriculums have traditionally been geared towards teaching basic skills such as literacy and numeracy, with a smattering of other subjects. However, it is increasingly important that individuals of all stripes are able to effectively use technology in both their private and professional lives; the education system needs to reflect this.

Of particular importance is the need to teach basic programming concepts, which are applicable in many fields.