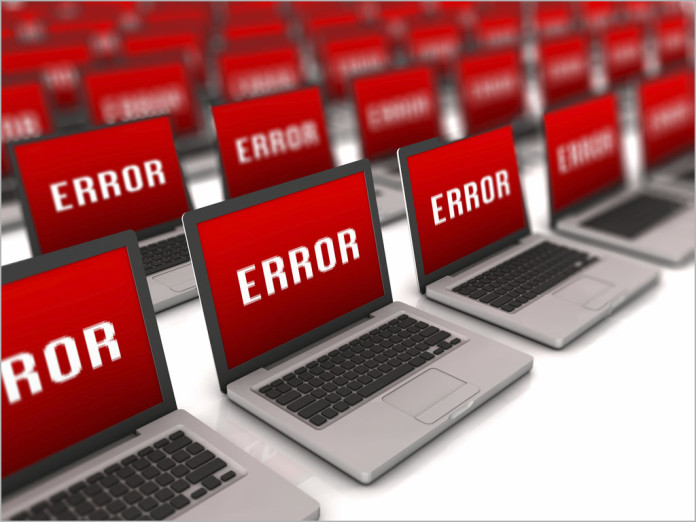 news Free market think tank the Institute of Public Affairs has published an article strongly attacking Labor’s NBN project as “the worst conceived infrastructure project in Federal history”, but has included a number of popular misconceptions and outright errors regarding the project in its article.

The IPA is an independent, non-profit public policy think tank established in 1943. Since that time, the organisation has consistently supported key liberal concepts such as the free market, the free flow of capital, a limited govrnment, the rule of law, individual rights and freedoms, and representative democracy.

This role usually sees it allied with the Coalition in terms of the Federal political spectrum, although it sometimes — as in the case of the 2015 Data Retention legislation — finds itself aligned with other parties such as the Greens.

This morning the IPA published an article strongly attacking Labor’s Fibre to the Premises NBN policy. The article was published in The Australian newspaper and is also available on the IPA’s website.

In general, the article’s author Evan Mulholland attempts to make the argument that Labor’s FTTP version of the NBN was a mistake in terms of public policy, labelling it “the worst conceived infrastructure project in Federal history”.

However, the article contains a number of grievous errors which appear to largely invalidate Mulholland’s argument.

For example, the article states that the NBN project was “effectively accountable to no one”, despite the fact that, like any private sector company, the project has its own board drawn from senior private and public sector figures. It also has two shareholder Ministers (the Communications and Finance Ministers of the Government of the day).

The NBN is also subject to audits by the Australian National Audit Office, Freedom of Information requests, and ongoing scrutiny by parliamentary committees including the Senate Environment and Communications Committee (including the Estimates process) and the Senate Select Committee into the NBN.

The article also falsely claims that Labor’s previous Fibre to the Node policy, which Labor took to the 2007 Federal Election, was a “far superior” policy to the FTTP policy Labor adopted in 2009, but that this FTTN option was ditched by the Government on the advice of the Australian Competition and Consumer Commission.

In fact, the Government of the day abandoned that policy because an independent panel of experts (as well as the ACCC) noted that none of the bids the Government received from the private sector were capable of delivering the policy.

The only company realistically capable of enacting the policy at the time was Telstra, which took an extremely hostile attitude to the Government under its then-CEO, Sol Trujillo, and effectively ruled itself out of contention by filing a non-compliant bid to build a FTTN network.

Mulholland also wrote that the better path would have been for the Government to have granted a “regulatory holiday” to Telstra and allowed it to build its own FTTN network, before opening that network up to access by other ISPs later on.

However, the IPA author ignored the fact that this would have stranded hundreds of millions of dollars in ADSL infrastructure which had already been deployed by other telcos such as Optus, iiNet, Internode and TPG in Telstra’s telephone exchanges.

Such a move may have also opened up the Government to a massive, multi-billion dollar lawsuit from Telstra on the constitutional grounds that it was not being fairly recompensed for what would have been, in effect, compulsory government acquisition of its property. This was an outcome which Telstra management sought to avoid at the time.

Mulholland also argued that claims that Fibre to the Premises was being deployed globally were “false”.

However, there have been a large spate of recent FTTP deployments announced around the globe over the past several months alone.

“Ultimately, we plan to reach more than 14 million residential and commercial locations with fiber”, said AT&T upon announcing a massive expansion of its FTTP program several weeks ago. Neighbouring countries to Australia such as New Zealand and Singapore have focused on FTTP for their own NBN programs.

The IPA author is correct that FTTN and HFC cable options are also popular. However, even now, telcos such as AT&T are already focusing on upgrading these style of networks to full FTTP rollouts.

Mulholland’s arguments regarding the ‘cost’ of the NBN also ignore the fact that most analyses conducted of the NBN project’s finances have historically shown that the project would, in fact, make a long-term positive return on the Government’s investment; effectively making a profit for the taxpayer and additionally leaving the government owning a huge infrastructure monopoly which could be privatised in future for further profit, as Telstra itself was.

opinion/analysis
As many readers would know, I am personally open to the IPA’s arguments on any given subject.

I’m a libertarian and a business owner personally, and thus my own personal philosophy shares a great deal with the IPA’s policies on many topics. I, too, am very much in favour of concepts such as personal freedom, freedom of speech, small government, the rule of law, open markets, the free flow of capital and so on.

(Of course, I am also in favour of topics such dealing with climate change and incentivising people to stop smoking, which I gather are things the IPA is not interested in. There is much we don’t see eye to eye on.)

I know a lot of readers don’t like the IPA and see it as some kind of evil conspiracy group trying to destroy society as we know it, but that’s honestly not what it is. It is just one think tank among many that each promote a particular political philosophy. In a diverse society such as we enjoy in Australia, the IPA has a valid place, as do left-wing think tanks on the other side of the spectrum, such as the Centre for Policy Development and the Chifley Research Centre (affiliated with Labor).

It is because of these reasons that I am quite disappointed by the anti-NBN article published by the IPA today.

It is certainly possible to make a coherent argument against Labor’s original FTTP NBN policy. You can do so on regulatory, competition policy or practical construction grounds, to say the least, although it’s a lot harder to argue against it on technical grounds.

But the IPA’s article today merely repeats the same old tired misconceptions about the NBN that we’ve seen a billion times already, with a handful of outright inaccuracies thrown in for good measure. It’s almost as if the IPA merely reprinted an article on this topic from the 2013 Federal Election … or even the 2010 poll.

It’s quite disappointing. If I’m going to smack down anti-NBN attack pieces, I’d at least like it to be a bit of a challenge. Don’t make it too easy for me, people.

Can I request that someone else from the IPA take another, more solid look at the NBN issue, incorporating context and history? That way we may actually get a reasonable policy debate going, instead of the unintelligent muck which was laid this morning.