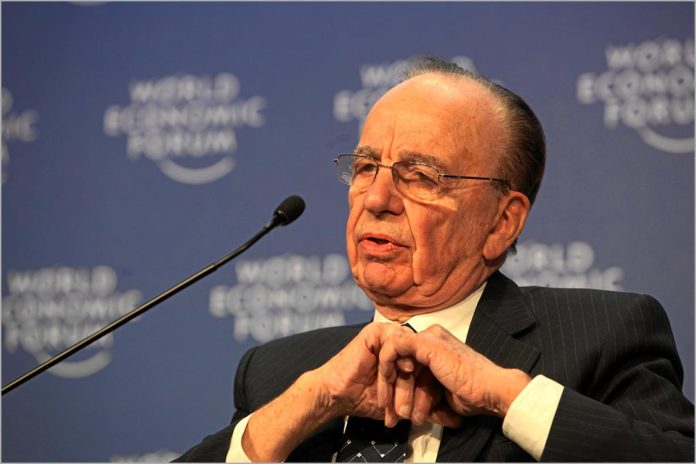 news Murdoch-owned newspaper The Australian has published another pre-emptive article attacking Labor’s unreleased National Broadband Network policy, this time focusing around what the outlet intimated was a complete lack of demand for high-speed 1Gbps broadband services in Australia.

Labor’s original model for the NBN involved deploying a near-universal Fibre network all the way to Australian homes and business premises, offering up to 1Gbps speeds. However, citing cost and speed of deployment concerns, the Abbott and Turnbull administrations have substantially modified this model since taking power in 2013, integrating the legacy copper and HFC cable networks owned by Telstra and Optus, in a so-called ‘Multi-Technology Mix’ model.

Although it has not yet announced its new NBN policy, it is not expected that Labor would return to its original Fibre to the Premises model if it wins the election. Instead, the party is expected to announce it will support a FTTdp model in which Fibre is extended to customers’ driveways but not their actual premises, as well as maintaining the existing HFC cable extension plans.

This model promises to deliver most of the cost benefits of the Coalition’s MTM model, while also delivering significantly enhanced speeds. However, it will also leave those on HFC cable with questions about long-term upgrades.

Despite the fact that Labor has not yet announced its new NBN policy, last week The Australian heavily criticised Labor over its expected model.

And this morning the Murdoch outlet went further, publishing another article directly questioning the need for the 1Gbps made possible by Labor’s model. Delimiter recommends readers click here to read the full article. Its headline is “Federal Election 2016: No paying customers for top-speed NBN”.

The newspaper’s article relies on information from the NBN company to show that there are no current paying customers at the 1Gbps speed tier, as well as noting that most customers have chosen lower NBN speed tiers at 12Mbps to 25Mbps.

This is a view previously put by the chief executive of the NBN company as well, Bill Morrow, who believes it is more important to get fast broadband infrastructure rolled out quickly to more people, rather than focusing on providing the best-possible infrastructure over the long-term.

Crikey journalist Josh Taylor pointed out this morning on Twitter that some of the information contained in the article was months old, with the NBN company stating in Senate hearings in October last year that it had about 37 1Gbps customers at that stage, with “most” being trial customers.

Fact-checking
Delimiter believes that the raw figures quoted by The Australian are broadly correct.

However, it also appears that the Murdoch outlet’s article this morning did not contain the full story or context with respect to the NBN company’s 1Gbps services.

For example, it appears that there are a number of ISPs currently trialling 1Gbps retail services on the NBN, but that none have yet launched such a service commercially.

This means that retail customers are currently unable to purchase the 1Gbps services, limiting uptake to zero. If commercial 1Gbps services launched, at least some percentage of take-up would definitely exist on the NBN.

Secondly, the NBN company’s pricing model — which sees ISPs charged a ‘Connectivity Virtual Circuit’ charge to supply capacity to customers — is also cost-prohibitive in terms of getting areas connected to 1Gbps speeds, unless a large number of customers sign up.

This means that retail ISPs such as Telstra, Optus and TPG are currently disincentivised to provide 1Gbps services to customers, due to the escalating cost.

This was a fact highlighted recently by one of Australia’s most successful and experienced technology entrepreneurs, Stephen Baxter, who in April published an extraordinary analysis of the NBN company’s technical model, highlighting the stupidity of speed tiers on a fiber network which offers essentially unlimited speeds.

Baxter pointed out that if the Government truly wanted to use the NBN project to unlock innovation in Australia, the company should provide only one speed tier — the maximum.

He pointed out that when telcos deployed networks such as the NBN, the cost of operating this infrastructure would be the same, regardless if it operated at 1 percent of capacity or 95 percent. The only extra costs relating to downloads come when users pull data from outside the network — usually from outside Australia.

“If you build and own a network it has a fixed cost to operate – so why would you bother to set speed hurdles for customers to access it?” wrote Baxter. “… why do we have access product speeds such as 12/1, 25/5, 50/20, 100/40 when the network operational cost for everybody to run at top speed (up to 80Mbit/sec on FTTH) does not increase?”

The need for 1Gbps broadband speeds also appears to be increasing globally.

For example, last week American telco AT&T announced a sizable expansion of its 1Gbps Fibre to the Premises network throughout a number of major cities in the US. The move is believed to be aimed at least partly at keeping up with Google’s Fiber platform, which is expanding 1Gbps demand across the US. Similar network expansion efforts are also being seen in other countries globally.

In addition, in Australia a number of prominent members of Australia’s technology community believe 1Gbps speeds to be an essential component of growing the nation’s digital economy. “If you want to avoid a two speed economy, you need a one speed internet. Fast. Gigabit fiber. No debate on that,” said Atlassian co-founder Mike Cannon-Brookes on Twitter in March. Cannon-Brookes is one of Australia’s richest and most successful technology entrepreneurs.

opinion/analysis
Two more anti-Labor NBN attack pieces from The Australian this morning. Buckle in, I suspect we’re going to be getting a few of these per week for the next several months until the Election is held.