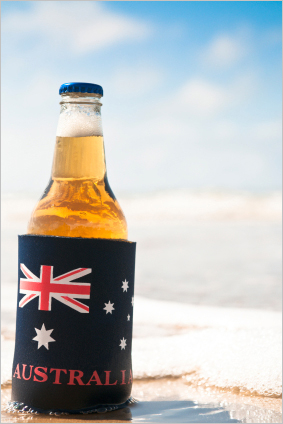 We exclusively cover technology in the Australian context — including enterprise IT case studies, the IT industry, telecommunications and digital rights and local consumer technology launches. We leave coverage of international stories to those overseas. Our audience is primarily Australian chief information officers, IT professionals, tech policymakers and tech enthusiasts.

Delimiter’s editorial style is a mix of news, opinion, analysis, features and product reviews, but we’re not strictly bound by any of these elements in quite the same way as traditional news sites such as those which might be operated by newspapers. We’re something a little bit more complex — a modern new media community. And often readers feel the discussion under articles to be more valuable than the articles themselves.

Delimiter articles can be quite influential and are regularly quoted in Australia’s halls of power — from the floors of Federal and State Parliaments to boardrooms and the offices of chief executives. We attempt to maintain strong connections with important players and organisations in the nation’s technology sector — while remaining independent from all.

The site was founded in 2010 by then-Australian journalist and writer Renai LeMay. You can read Renai’s article on why he started Delimiter. Renai has since left Delimiter to advance his personal interest in the project management and governance of digital transformation projects.

You can read about the history of Delimiter in a chapter in a book by Australian journalism academic Margaret Simons entitled What’s Next in Journalism: New Media Entrepreneurs Tell Their Stories. A segment from the chapter on Delimiter:

“LeMay sees himself as an advocate for his readers’ interests, as well as a reporter. ‘I represent their views to the powerful people who guide events in the technology sector; I speak with the readers’ voice.’ Traditional journalism, he says, is ‘telling people what is happening from up on high’. He, on the other hand, is more like ‘a local neighbourhood journalist that they always feel they can approach’.

The name ‘Delimiter’ is a technology term which you might have heard referred to in the context of databases, which we found particularly appropriate in the context of the evolving nature of the online news stream. Wikipedia states: “A delimiter is a sequence of one or more characters used to specify the boundary between separate, independent regions in plain text or other data streams.”

We maintain a Privacy Policy for Delimiter which sets out how we may use your data on the site, as well as a separate Terms and Conditions document which indicates your rights and our rights for the site’s operation. We have a sophisticated Code of Ethics, based on media and journalist industry standards, which guides our operations.

You can find information about advertising on Delimiter here. If you need to contact us, we maintain a contact form, as well as an anonymous tips form.

Press coverage
Delimiter and its founder have been written about by various media outlets. You can find a few of these listed here: