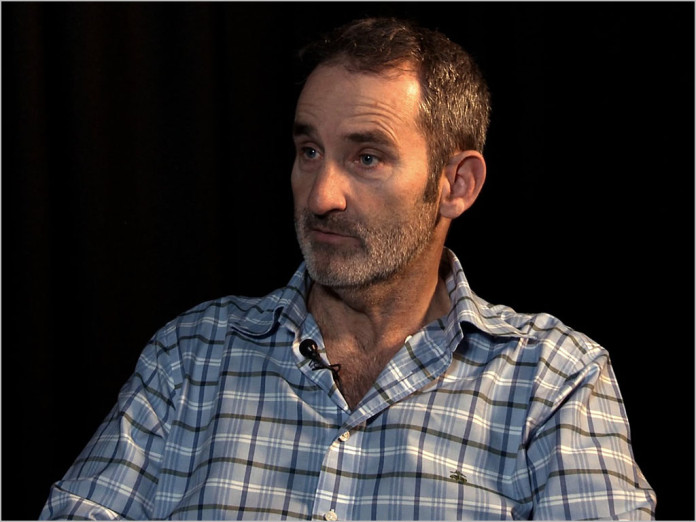 news One of Australia’s most successful and experienced technology entrepreneurs has published an extraordinary analysis of the NBN company’s technical model, highlighting the sheer stupidity of speed tiers on a fiber network which offers essentially unlimited speeds, as well as a wide range of other obvious problems.

Stephen Baxter is one of Australia’s most successful technology entrepreneurs by any measure.

The entrepreneur launches his first startup, the ISP SE Network Access, in his mid-20’s. The business was eventually sold to OzEmail and Baxter went on to co-found PIPE Networks, one of Australia’s most successful telcos. The business laid fibre cables around Australia before listing on the ASX and selling for some $373 million.

Baxter instantly became one of Australia’s richest technology entrepeneurs, and has gone on to further success, becoming a leading light of Australia’s early stage investment and venture accelerator communities and finding popular acclaim as a ‘Shark’ on Ten’s Shark Tank program.

However, the entrepreneur has a very dim view of the current structure of Australia’s National Broadband Network project.

Yesterday Baxter posted an extraordinary article deconstructing the NBN project and highlighting many of the ridiculous ‘home truths’ which continue to plague the project. We very much recommend that you click here to read the whole article.

Baxter noted that the current debate about the NBN was largely limited to whether it should feature ‘fibre’ or ‘copper’-based broadband technologies.

However, he said, there were a whole slew of other issues associated with the NBN which weren’t being discussed.

“I encourage people who want to be informed to research these topics – where research isn’t reading the blogs of pundits!” wrote Baxter. “I am out of the telco game and have no dog in this fight – I just want a real debate fuelled by facts where experts get to supply the facts, not politicians, theorists, academics and those NBN fans who want ‘NBN or bust’ because ‘NBN and bust’ is an option here.”

One of the main issues highlighted by Baxter about the NBN was the ridiculous nature of the current NBN speed tiers.

Currently, users and ISPs who use the NBN are largely restricted to a series of speed tiers — 12Mbps, 25Mbps, 50MBps, 100Mbps and 1Gbps.

However, Baxter pointed out that if you truly wanted to use the NBN project to unlock innovation in Australia, the company should provide only one speed tier — the maximum.

He pointed out that when telcos deployed networks such as the NBN, the cost of operating this infrastructure would be the same, regardless if it operated at 1% of capacity or 95%. The only extra costs relating to downloads come when users pull data from outside the network — usually from outside Australia.

“If you build and own a network it has a fixed cost to operate – so why would you bother to set speed hurdles for customers to access it?” wrote Baxter.

Baxter related the NBN situation to the use of similar infrastructure — roads.

“I pay one charge to use the road for my car – registration, a little more through petrol but I can regulate that through fuel efficiency choices. I do not get charged more if I travel at 100km/hr instead of 85km/hr, nor do I get charged more if I fill all 5 seats instead of just one. Why don’t we have this approach to the network ? Why can’t we view NBN more as a road network in the way it is paid for, used and charged for?” he asked.

A related issue which Baxter highlighted was the Connectivity Virtual Circuit charge built into the NBN, which sees ISPs charged more if their users use more data.

Baxter pointed out that under previous, non-NBN structures, this construct did not exist at all, with such costs being “fixed and known” rather than fluid as it is under the NBN.

The CVC charge was only included in the NBN model, Baxter wrote, because the Government wanted the project to make a commercial return on the project and ensure its NBN investment remained off the Federal Budget.

However, he said, the fact was that high-usage applications such as Netflix had shown the reality that this model was “broken”.

“If the network costs no more to operate then why charge more to the end user, why do we ration a service that has no coupled cost for additional use?” he wrote.

Baxter wrote that the only way to actually utilise the power of the NBN — and, remember, regardless of its underlying technology — was to open the network up, remove all restrictions and give every user the highest speed the network will allow for. This, he wrote, would not actually cost the NBN company more because it had already sunk costs in building the network.

This, in turn, would lead to much higher usage of the NBN network and thus much higher productivity.

“Without artificial speed and data transfer constraints the NBN would be a world-leading innovation fostering tool that would see us actually be able to hold our heads high in these stakes, it would be the equivalent of a 4 lane road on every street with accompanying highways to handle the load – a revolution,” Baxter wrote.

Baxter also has other issues with the NBN — especially its monopoly nature. He also believes there are other ways to fix the competitive telecommunications market in Australia than using the NBN model — including approaches such as “straightening out land access for network build to prevent gaming”; regulating facilities access; re-costing access to ducts ad other facilities (usually owned by Telstra); fixing the number of Points of Interconnect for the NBN; concentrating the build outside metropolitan areas and more.

“NBN is currently about the monopolisation of the telecommunications access networks in Australia, it is the emasculation of facilities based competition and in return we are getting the world’s most expensive and commercially inflexible network – if we are truly going to reregulate ourselves into this corner let’s at least make the prize worth the pain,” Baxter concluded.

opinion/analysis
I agree with pretty much all of what Baxter has written here. I commend his article to you. And I will respond in depth to his thoughts early next week.

However, I will note that I have been raising some of these issues for years.

As early as 2011 I pointed out that the crop of NBN plans which were released at that time were trapped precisely within the framework of existing ADSL broadband plans. As I wrote at that point:

“When Apple released the iPad, there were many who complained about features the device lacked which were commonly found on netbooks. When Skype launched its Internet telephony service, there were many who were outraged that it could not immediately dial emergency services. And when Nintendo released its Wii console, there were many who bitched about the impreciseness of its motion-sensing controls compared with a traditional controller. Actually, EA is still bitching.

So in our thinking about the NBN pricing models, let’s not let ourselves be trapped into the ADSL paradigm of the past. Let’s go back to the drawing board and really consider what sort of usage models might be appropriate for an NBN age, and how we can best take advantage of this infrastructure. A country which would like to describe itself as ‘innovative’ can surely do nothing less.”

In addition, I would point out that the speed tier issue that Baxter raises here has been raised repeatedly over the past several years.

“NBN Co is offering five different speeds at different prices, which telecommunications consultant and former Telstra chief economist John de Ridder says is artificial because, once the network is built, it does not cost more to deliver 100 mbps over the NBN than it does the slower speeds. “They could offer the same speed, unlimited speed basically, to everybody but they choose to ration it out, charging more for higher speeds,” he said.”

These are not new issues — and Baxter is correct — they must be addressed if the NBN is to reach its full potential. But they will not be until those stewarding the NBN — both its executive and political masters — recognise that they are trapped within a historical paradigm that has little relevance in an NBN world.