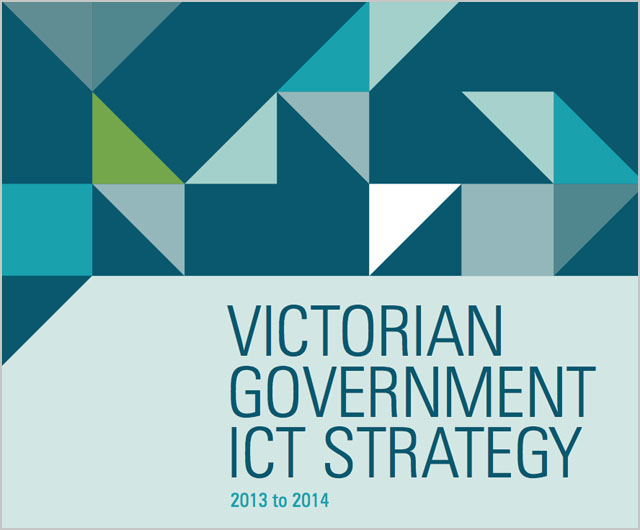 news The Victorian State Government has released the final version of a new whole of government information and communications technology strategy containing hard deadlines for goals, with which it aims to start addressing extensive IT project and service delivery issues which have resulted in more than a billion dollars in budget overruns and a string of failed IT projects over the past half-decade.

In November 2011, Victoria’s Ombudsman handed down one of the most damning assessments of public sector IT project governance in Australia’s history, noting total cost over-runs of $1.44 billion, extensive delays and a general failure to actually deliver on stated aims in 10 major IT projects carried out by the state over the past half-decade. The report was undertaken over the preceding year by Ombudsman George Brouwer as a self-initiated action of his office, after a string of minor reports published by the Ombudsman and the state’s Auditor-General Des Pearson over the past few years had raised significant concerns with Victoria’s handling of IT project governance. Pearson’s office assisted with the report.

As its first response to the report, in June 2012, Victoria appointed former South Australian whole of state government chief information officer Grantly Mailes, to lead a committee (VICTAC) to establish a new wide-ranging IT strategy to resolve Victoria’s ongoing problems with IT service and project delivery. It also appointed a high-level advisory committee led by Mailes which would provide advice on a new whole of government ICT strategy to rectify the ongoing problems.

In October, the State Government released the first draft report produced by Mailes and that committee. Since that time, it has been taking feedback from the community on the report. That report did not contain concrete deadlines for activities to be undertaken, but outlined a set of key ‘motherhood’ principles which Victoria pledged to hold to in developing its ICT remediation plans. Today, the state published a much more concrete final version of the document containing definite deadlines for it to meet an extensive list of aims for for its technology capability. It is available online in full.

From a high level perspective, the new Victorian ICT strategy is a very similar document to the landmark ICT strategy released by the New South Wales Government in May 2012, containing similar aims across a broad swathe of areas and concrete deadlines for meeting those aims. It is broadly broken up into three different areas: Engagement, Investment and Capability, with a number of sub areas under those umbrella categories detailing action plans.

Some of the areas under development focus on delivering better services to Victorian residents and businesses, while others focus more on how the Government’s internal IT operations will function.

For example, in the area of online and mobile service delivery, the Victorian Government has pledged to update its out-dated web portal to provide search-driven access to government information; to develop a central list of agency mobile apps for external users; to develop an identity management framework allowing Victorians to gain access to government services; to provide guidance to agencies on adoption of mobile technologies; and more.

In the area of information sharing, it has pledged to develop an enterprise architecture and interoperability framework to support information sharing across government; develop a whole of government approach to privacy. Like NSW and other jurisdictions, Victoria has pledged to release government data to promote innovation by external parties; in NSW this has resulted in a number of apps being created to make use of live public transport data, for example.

One particular pain point for the Victorian Government is in the high internal failure rate of major IT projects. In this area, the state has outlined a range of initiatives to tackle its issues. For example, it will implement a clearer project funding and management model, acknowledging that IT projects are “high value, high risk”; provide government-wide advice on the selection and use of project management methodologies, and establish a public-facing ICT project status dashboard to increase accountability and transparency, similar to the way the US Government did under the first whole of government chief information officer Vivek Kundra.

An education program will also be established to school ICT project sponsors and government executives on ICT project governance.

Another key area for the state will be determining the future mix of how it provides ICT services to its departments and agencies. Much of its capability had been centralised in IT shared services agency CenITex over the past few years, but CenITex has suffered extensive problems with ICT service delivery and unsound procurement practices, and the state is evaluating its future.

The document notes: “At the infrastructure level, Government will progressively withdraw from direct service delivery. We will determine the mix of insourced, managed and outsourced service delivery which is most cost effective, most responsive to business needs and which best leverages the expertise and opportunities available in the market.”

The strategy document notes that Victoria will establish a new office of the Chief Technology Advocate. This role “together with the Victorian Government CIO Council will provide direction and coordination in information management and technology within government” and will sit within the Department of Business and Innovation, supporting cross-government ICT frameworks, planning, reporting and so on.

One of the most striking aspects of the document is that almost all of the concrete goals which the Victorian Government has laid out for itself have implementation dates over the next two years — broadly culminating in December 2014, although many will become ongoing processes beyond this date. It is possible that this represents timing associated with the next state election; the current Coalition administration in Victoria has held power under Premier Ted Baillieu since December 2010.

Baillieu and Assistant Treasurer and Technology Minister Gordon Rich-Phillips included a statement in the strategy indicating their support for it:

“Government relies on information to do its job,” the pair wrote. “It is the basis for sound decision-making and service delivery. Information and Communication Technology (ICT) enables government to manage its digital information, engage and transact with the Victorian public and businesses, and streamline its internal processes.”

“This strategy responds to community expectations and industry advice. It takes advantage of technology changes and a strong local ICT industry, and addresses the investment failures of the past. It aims to rebuild the strong ICT leadership position previously enjoyed by Victoria during the 1990s, so that we can again benefit from successful, innovative ICT initiatives. We want to use information and technology to create better services for Victorians.”

“The world continues to change rapidly. The exponential expansion of mobile computing, the emergence of cloud computing, the rise of social media, the availability of high-speed broadband, the opening up of government data – all present huge opportunities for Victoria. Online services have changed the way we shop, bank and live. Government must take advantage of these capabilities – to remain in touch with Victorians’ expectations, to connect our communities and to drive down the cost of government services.”

“Like other jurisdictions and the private sector, Victoria has suffered some high profile and expensive ICT project failures. But there are also a large number of government systems that are delivering value and services to Victoria. This strategy outlines how we are going to improve the procurement of ICT systems and services, and manage ICT projects. The Victorian Government would like to make better use of the expertise within Victoria’s vibrant ICT industry and in our major suppliers. We will focus on working with our suppliers to define and deliver business outcomes, rather than just narrowly defining technology requirements.”

“This strategy demonstrates our commitment to the people of Victoria and to making wise and methodical investments in our future capability.”

opinion/analysis
When Victoria delivered its draft ICT strategy in October, I was pretty disappointed. At the time, I wrote:

“Victoria has a very long road to go in this area – a road that will require a decade of sustained effort to walk down with any success. And it needs a first step – a gathering point, a planning point. This document represents that point. But be prepared to be severely disappointed when you read it, if you bother to read it. There are very few hard truths contained in its pages. And right now, hard truths are what the Victorian Government’s technology function needs most.”

With the delivery of its final ICT strategy today, I have to say that the Victorian Government has definitely answered my criticism. While this isn’t as ambitious an ICT strategy as the one published by the NSW State Government last year, Victoria has a lot more remediation in this area to do than NSW has. It’s not starting from the same point. But having said that, the strategy addresses all of the aspects which it needs to, and best of all, it contains concrete deadlines for delivering on them. This is definitely the ICT strategy Victoria needed.

I had great confidence that this kind of document and vision would eventually be produced. The executive principally behind it, former South Australian whole of state government chief information officer Grantly Mailes, is a very smart and experienced operator, and I expected that he would generate this kind of ICT strategy. In addition, it appears that Mailes has very high-level support within the Government to develop this kind of strategy and make it stick.

I’ll have a lot more to say about this document in a full analysis piece tomorrow; in particular I want to go in-depth about what it implies about key issues such as the future of CenITex and ICT project delivery, as well as the new role of the Chief Technology Advocate. But for now, know that I approve strongly of what the Victorian Government has presented today. It’s a very good and necessary start.