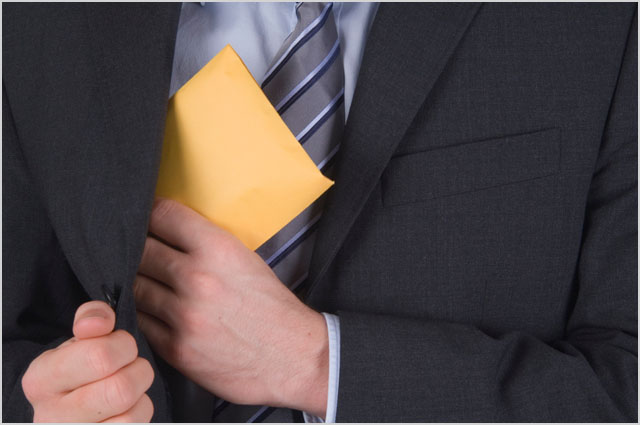 news Victoria’s Ombudsman today published a damning report into procurement practices and the engagement of contractors at the state’s IT shared services agency CenITex, finding examples of “nepotism and favouritism” in the company, as well as more serious improper conduct and poor procedures for handling CenITex’s large contractor workforce.

The Ombudsman kicked off the investigation into the troubled agency in September 2011, after it was approached by a whistleblower alleging improper conduct at CenITex with respect to the company’s contracting processes. Around the same time, The Age newspaper in Melbourne reported that Victoria Police had been asked to investigate similar allegations at the agency. CenITex was established in 2008 to provide IT shared services to various departments and agencies within the Victorian State Government.

After conducting a year-long inquiry into CenITex’s practices (the report in full is available online in PDF format), the Ombudsman, George Brouwer, wrote that his office had discovered “numerous breaches” of government procurement guidelines at CenITex. In total, he wrote, companies and their contractors were awarded significant contracts totalling up to $4 million without competitive processes to evaluate different suppliers. “In one instance,” the report states, “a competitive process was ostensibly conducted, but in reality it was a sham.”

“In some instances, nepotism and favouritism influenced procurement and recruitment practices. Often, the companies or contractors were chosen because they were associates or friends of other contractors already working at CenITex. Some appointments were made on the basis of fabricated or false documentation. Some engagements were initiated or overseen by individuals within CenITex who had a clear conflict of interest and stood to gain financially from the transactions. Such conflicts were often not declared, or declared late, inadequately or misleadingly. Even conflicts that were declared were ill-managed by CenITex. This led to opportunities for improper conduct.”

And, the Ombudsman wrote, serious improper conduct at CenITex did occur over the past several years.

In one example, a CenITex officer misused his position over a number of years, and earlier “in another department”, to engage and approve invoices from a company in which he had a financial interest (including over $30,000 for services that were not provided). “All the while, the officer was receiving substantial financial benefits from the company,” the report stated.

“Contractors were also engaged at excessive rates, without any evidence that these were negotiated. Unknown to CenITex office holders, CenITex also paid high fees to companies that were providing contractors to CenITex through recruitment agencies. The companies’ roles were not disclosed to CenITex. In one case, the fee paid to a company was 50 per cent of the contractor’s $1,600 daily rate.”

The Ombudsman wrote that most of the issues identified in the report took place in CenITex’s so-called Efficient Technology Services (ETS) program, which was set up to deliver complex, high-level projects, such as developing a whole of government network, helpdesk and hosting environment for the Victorian public sector. The ETS division was separated from CenITex’s ‘business as usual’ segment, whose job was to provide and maintain an ICT infrastructure for CenITex’s existing customers – being other departments within the Victorian Government.

The Ombudsman’s report noted that ETC was “staffed predominantly by contractors”, who had limited knowledge of, or experience in, the Victorian public sector. These contractors were able to engage other contractors. “Unsurprisingly, poor practices developed as a result,” the report states.

At the heart of the issue, according to the Ombudsman, was the fact that in the ETS program, a ‘can do’ mentality had arisen, “unchecked by the usual restraints and procedures relating to government purchasing practices”. In addition, a lack of accountability arose because the ETS staff saw their mission as highly specialised and urgent. “This created an environment where there was an increased risk of cutting corners and improper conduct,” the report found. And earlier: “Inadequate procurement controls and checks created an environment where avoiding the guidelines became the norm”.

There are a number of examples given in the report of the kind of improper behaviour which it highlights. For example:

Eventually, the Ombudsman wrote, the ETS program was wound down in June 2012, and a number of the individuals mentioned in the report (not by name) were dismissed, had their contracts terminated or resigned. CenITex appointed a new chief executive officer in July 2011 – Michael Vanderheide, the former chief information officer of the Victorian Police and a senior IT executive in the ACT Government’s shared services unit.

The Ombudsman wrote of Vanderheide: “Mr Michael Vanderheide was appointed as CEO of CenITex in July 2011. I acknowledge that he is taking steps to improve CenITex. He has provided my investigation with documentation regarding new policies, procedures and initiatives which I consider will go some way to addressing the issues that I have raised. These processes, however, must be coupled with changed attitudes and practices and a stronger focus on compliance if the organisation is to be better positioned to address the issues identified in this report.”

In a response to the Ombudsman’s draft report contained in the final report, Vanderheide wrote that he offered his in-principle acceptance of the recommendations made by the Ombudsman to reform CenITex’s internal culture, but also sought down to play down the issues raised somewhat.

“Bearing in mind that we have well over 700 active vendors, it is worth noting that this investigation ultimately relates to the alleged serious impropriety of some individuals associated with only a few companies, some of which were or are interrelated,” he wrote. “The vast majority of our vendors are responsible corporate citizens and conduct their business accordingly.”

“As I indicated when I met with your officers during the course of your investigation, identifying and dealing with instances of impropriety, strengthening our control environment and shifting the organisation’s culture to one of greater awareness of probity has been a key focus over the past 12 months. I am pleased your Report acknowledges some of the changes that have been made.” Vanderheide included a list of actions CenITex had taken to rectify the issues, such as the launch of a new conflict of interest policy, a quarterly external review of a broad sample of procurement activities, and formal conflict of interest training for more than 250 staff.

The issues raised in the Ombudsman’s report are not the first to be raised about CenITex over the past few years. In October 2011, for example, The Age reported that a blunder at the agency had left thousands of government staffers without email and other IT systems for up to a week, and in April 2012 the Victorian Government removed CenITex’s board as it changed its formal status. In May the organisation revealed a round of some 200 redundancies.

opinion/analysis
I’m not really sure what to say here, but I don’t think the details revealed in this report would come as a surprise to anyone who’s been following CenITex for a while. The agency has had systemic problems for a while; I honestly wouldn’t be surprised at all to see the Victorian Government take actions to split it up drastically. Having said that, I do still have a fair degree of confidence in its current chief executive, Michael Vanderheide, partly stemming from an interview I conducted with him in mid-2010; from what I can see, he has a solid grasp of the issues involved and has the organisation at least headed in the right direction. Stay tuned as I publish his letter to staff on the Ombudsman’s report later on this afternoon.