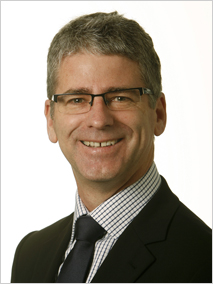 news The Victorian State Government has appointed Grantly Mailes (pictured), a former whole of government chief information officer for sister state South Australia, to lead a committee to establish a new wide-ranging IT strategy to resolve Victoria’s ongoing problems with IT service and project delivery.

In November last year, Victoria’s Ombudsman handed down one of the most damning assessments of public sector IT project governance in Australia’s history, noting total cost over-runs of $1.44 billion, extensive delays and a general failure to actually deliver on stated aims in 10 major IT projects carried out by Victoria over the past half-decade. In the report, Brouwer and his team documented their investigations of ten major IT projects carried out by the state over the past half-decade.

Some, such as the Link project being carried out at Victoria Police, the myki public transport smartcard effort, the education department’s Ultranet initiative and the HealthSMART health systems rejuvenation, are projects which are well-known in Australia’s technology industry. However, others, such as an integrated courts management system and a new integrated housing information program have had a lower profile. What they shared in common, Brouwer wrote in his report, was that they had all gone off the rails. “Each of the 10 projects I examined failed to meet expectations,” the Ombudsman wrote. “Most failed to meet delivery timeframes and all ran over budget.”

In another report published yesterday, Victoria’s auditor-general added to the government’s woes, finding that whole of government frameworks had not kept pace with the central role of information and communications technology in service delivery.

In a statement in response today, the state’s Technology Minister and Assistant Treasurer Gordon Rich-Phillips said the Government had earlier this month established a new body, the Victorian Information and Communications Technology Advisory Committee, to provide advice on a new whole of government information and communication technology (ICT) strategy to rectify the ongoing problems.

“The whole of government ICT strategy we are developing will help to align processes across departments and set the clear lines of governance, accountability and direction that were clearly absent under Labor,” Rich-Phillips said. “The strategy will focus on delivering better services, reducing waste, encouraging innovation and improving ICT procurement across government.

“We have also established high value, high risk guidelines to improve the scrutiny of all ICT projects and we are overhauling the way government procures ICT services. These changes will help prevent the major cost blowouts and bungles in ICT that became such a trademark when [Victorian Opposition Leader] Daniel Andrews was in government.”

The new VICTAC group is to be chaired by former South Australian Chief Information Officer Grantly Mailes. “The committee will provide a practical, forward-looking approach to the development and use of ICT by government,” Rich-Phillips said.

Mailes was appointed to the role of whole of government chief information officer in South Australia in mid-2005, a post in which he spent two and a half years. The executive was South Australia’s first whole of government CIO, and came to the role after seven years at consulting firm Booz Allen Hamilton. He has since spent several years as a partner with IBM’s Global Services division and then Ernst & Young. Mailes commuted to Adelaide from his home town of Melbourne each week for the role, and was instrumental in setting up the office of state CIO in South Australia, which continues to exist to this day.

In an interview with MIS Magazine following his departure from the position, Mailes said he sought to be consultative in the role rather than taking a “command control” approach, and that it was important to talk to both technologists and departmental CIOs, in order to get a comprehensive view that was focused on business outcomes rather than simply on technology.

opinion/analysis
I have a lot of respect for Grantly Mailes. He’s done his time in both the public sector as well as with the big consulting firms and outsourcers, and while he’s not afraid to knock heads together when he has to, he also has that skill of firm consultation and persuasion that is so valuable in dealing with highly bureaucratic government departments. He does have what it takes to cut through Victoria’s IT mess.

And what a mess it is. The Victorian State Government is currently conclusively unable to deliver on IT projects, and its attempts at IT shared services delivery look to be suffering extensive problems as well. On almost any measure, the state’s performance in the technology area is abysmal and getting worse.

The last time I spoke to Mailes, he emphasised the power of outside the box thinking in order to change the nature of the dynamic within the South Australian Government when it came to technology. “The thinking that created the problem, isn’t going to help solve it,” Mailes told me at the time, paraphrasing Albert Einstein. I get the feeling that Mailes will need as much of this thinking as possible in Victoria. I look forward to reading his report on this important issue. In the meantime, feel free to ping Mailes with your thoughts about the situation; he’s on Twitter here.