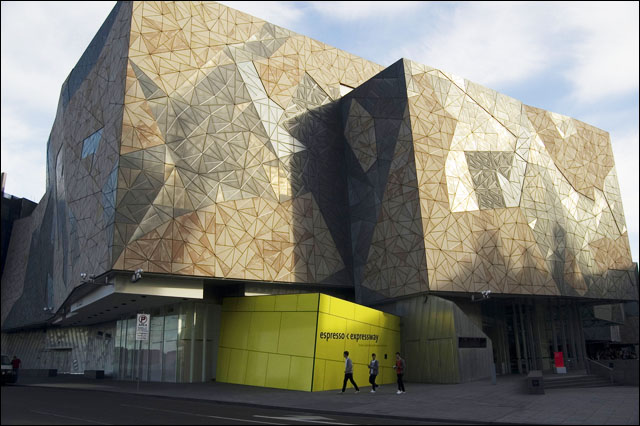 news The Victorian State Government has released the draft of a new whole of government information and communications technology strategy, with which it aims to start addressing extensive IT project and service delivery issues which have resulted in more than a billion dollars in budget overruns and a string of failed IT projects over the past half-decade.

In November last year, Victoria’s Ombudsman handed down one of the most damning assessments of public sector IT project governance in Australia’s history, noting total cost over-runs of $1.44 billion, extensive delays and a general failure to actually deliver on stated aims in 10 major IT projects carried out by the state over the past half-decade. The report was undertaken over the preceding year by Ombudsman George Brouwer as a self-initiated action of his office, after a string of minor reports published by the Ombudsman and the state’s Auditor-General Des Pearson over the past few years had raised significant concerns with Victoria’s handling of IT project governance. Pearson’s office assisted with the report.

As its first response to the report, in June this year, Victoria appointed former South Australian whole of state government chief information officer Grantly Mailes, to lead a committee (VICTAC) to establish a new wide-ranging IT strategy to resolve Victoria’s ongoing problems with IT service and project delivery. It also appointed a high-level advisory committee led by Mailes which would provide advice on a new whole of government ICT strategy to rectify the ongoing problems.

Yesterday, the State Government released the first draft report produced by Mailes and that committee. It is available online in full, and the state is seeking feedback until October 17 from the technology industry and wider community on the plan.

Assistant Treasurer and Minister for Technology Gordon Rich Phillips said that the Victorian Government was in “a strong position to make the most of a changing ICT landscape”. “The committee has provided a practical, forward-looking approach to the acquisition and use of ICT by government and we are seeking the public’s input on the draft strategy,” Rich-Phillips said in a statement.

“With VICTAC’s draft strategy, ICT enabled projects will be structured to deliver benefits more quickly through co-ordinated smaller, staged projects. This approach should improve delivery timelines and reduce the risk of delivery issues,” Rich-Phillips said. “The Victorian Government will make better use of the expertise in the vibrant ICT industry that we have in Victoria and in our major suppliers. We will work with them to define and deliver business outcomes, rather than just narrowly defining technology requirements, that is why it is also important for us to seek their input on this strategy.”

It sets out a number of key principles which ICT decision-making in the Victorian Government will be guided by in future; ranging from the need to use “popular digital channels such as smartphones and social media to deliver policy, to the need to make government data open (this week Rich-Phillips also announced a new approach to sharing government-owned intellectual property), the need to deliver ICT projects in stages rather than in large projects, and the need to promote competition to drive efficiency and innovation in ICT systems and services. It also, for example, mentions the need for ICT systems to be “interoperable, modular and reusable”, as well as the need to trial technology so that options can be explored at at lower risk than had been experienced with existing projects.

In addition, the draft ICT strategy outlines very briefly a number of case study projects which could be followed by future projects. One example saw the Department of Health launch a free iOS application last year to “help Victorians take control of their health and wellbeing”, while another example focused on the way that VicRoads had used an agile project delivery methodology to deliver a project named the Road Closures and Traffic Alerts system in December 2011.

Another example examined the way that the Department of Business and Innovation had deployed software as a service platform Salesforce.com as its department-wide customer relationship management solution. “DBI’s Salesforce implementation is on track to deliver a 40 per cent cost saving over five years compared to the estimated costs of a custom built option,” the case study notes.

The committee which produced the report was composed of a number of extremely high profile members of Australia’s enterprise IT community. Chaired by Mailes, other committee members included the chief information officers of ANZ Bank and Coles, Cisco Australia’s director of its public sector business, a director of Melbourne-headquartered IT services firm SMS Management & Technology, the chief executive of Victorian IT shared services agency CenITex, and the CIOs of large Victorian departments such as Human Services, Justice, Education & Early Childhood Development and more.

However, the report stops short of recommending hard actions which the Victorian Government could take to rectify its issues, appearing to focus instead on a series of so-called ‘motherhood statements’, which attempt to address issues from a high level rather than laying out practical steps to resolve the state’s problems.

For example, one of the key issues raised repeatedly with respect to Victoria’s series of IT disasters has been the need for stronger governance and accountability with respect to ICT projects. However, in the section of the draft strategy which deals with governance, there are only a short series of dot points outlining how the state will proceed. For example, the document mentions that international governance standards will be adopted by agencies – but gives no detail of how, when and by whom such standards will be adopted.

In another example, it is mentioned that Victoria will start breaking large ICT projects “into smaller, more manageable stages” to improve delivery timelines and reduce the risk of project failure – but the document does not mention at all which projects will be broken down in this way, and how specifically this strategy will be implemented.

The delivery of Victoria’s draft strategy comes as state governments all around Australia currently appear to be experiencing a systemic inability to deliver major IT projects, and in some cases, basic IT services. Queensland, for example, has revealed that its botched payroll systems implementation at Queensland Health has already cost $417 million and will need some $837 million to fix over the next five years. Currently, the platform requires just over 1,000 staff performing some 200,000 manual processes on an average of 92,000 forms to make sure Queensland Health’s staff are paid the approximately $250 million they are owed each fortnight.

opinion/analysis
I’m pretty sure that this draft ICT strategy is just the first step for the Victorian Government as it attempts to turn around the creaking, leaking, burning ship which is its technology delivery and services program. I am sure that eventually this document will be translated into action plans for each department and each major IT program, as well as centralised agencies such as CenITex. This is a document which isn’t meant to be specific – it’s clearly meant as a general guiding light rather than a specific roadmap.

But that doesn’t stop it being rather laughable. When it comes to government ICT projects and service delivery, things are about as bad as they could be in Victoria right now. If you read the 2011 Ombudsman’s report and then read this week’s draft ICT strategy, it’s as if you’re considering two different worlds, which have no relation to each other. It’s as if VICTAC – despite its many senior, highly respected members – are standing around handing those members cups of Earl Grey and chatting cordially, while all around them the building is burning down, flames curling around the teapots and smoke pouring out of gaps in the floorboards.

I laughed out loud this morning when I read Victorian Technology Minister Gordon Rich-Phillips’ claim that the Victorian Government was in “a strong position to make the most of a changing ICT landscape”. I’d go further than saying that that is a highly optimistic statement. Given the string of Ombudsman’s and audit reports which have catalogued the exact opposite situation in Victoria over the past several years, I would characterise Rich-Phillips’ “strong position” claim as basically a flat out attempt to mislead the public.

Victoria has a very long road to go in this area – a road that will require a decade of sustained effort to walk down with any success. And it needs a first step – a gathering point, a planning point. This document represents that point. But be prepared to be severely disappointed when you read it, if you bother to read it. There are very few hard truths contained in its pages. And right now, hard truths are what the Victorian Government’s technology function needs most.