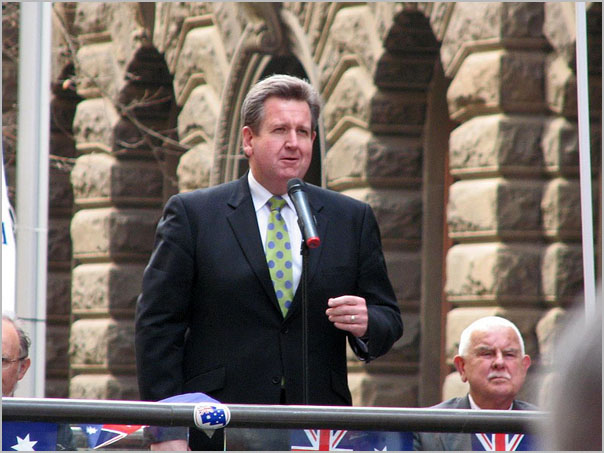 news New South Wales’ Coalition State Government late last week revealed a new and wide-ranging strategy which it said was slated to make it “the leader in ICT” when it came to public sector service delivery and the development of the state’s technology sector as a whole.

The strategy (available in full online) is based on a number of key planks, which all have key deliverables which various NSW State Government agencies will be required to deliver over the next two to three years and beyond. The planks dea with issues ranging from consumer-facing web forms and mobile applications, to the establishment of private cloud computing infrastructure and even a new whole of government social media policy to guide the interactions of public servants through platforms such as Twitter. Broadly, they are:

The state has also established an ICT Board comprised of directors-general of departments and agencies from across the NSW public sector, which will be responsible for overseeing governance of technology-driven projects. It is chaired by Michael Coutts-Trotter, director-general of the Department of Finance and Services, and also, formally the state’s chief information officer.

In a statement last week associated with a form where 300 ICT industry representatives were briefed on the strategy, NSW Deputy Premier Andrew Stoner and Minister for Finance and Services Greg Pearce emphasised the NSW Government’s desire to become a leader when it came to technology.

“We want to make NSW the leader in ICT and this strategy sets us on the course to do just that,” Stoner said. “It has been developed by some of the best minds in ICT in the NSW Government and the private sector, including our digital economy taskforce, and the community who have come together to pave the way for NSW into the future,” he said. “We are committed to making it easier for NSW citizens to interact with Government, to harnessing the opportunities provided by ICT to improve Government operations and to developing the ICT industry in NSW.”

Pearce added that the strategy — which would target 85 different actions across 17 major initiatives — would “bring NSW out of the dark ages and into the 21st century”, noting that citizens would see the difference in service delivery as the strategy was implemented, due to the public-facing transport apps, disclosure of government information and centralised Service NSW strategy being rolled out.

“It is an outcomes-focused strategy that for the first time not only attributes timeframes against each action but identifies the agency within Government responsible for delivering it,” said Pearce. “Importantly, there is no additional money in the strategy as we aim to reduce unnecessary and ineffective expenditure on the applications, hardware and technologies used by Government in its day-to-day operations. “I look forward to working with industry and the community in implementing this strategy as together we make NSW the leader in ICT.”

History
It’s not the first time that the NSW Government has unveiled a wide-ranging IT strategy.

Prior to the NSW Election in late 2010 in which the Coalition took power from the long-serving incumbent Labor Government, then-Opposition Leader (now Premier) Barry O’Farrell (pictured above) had promised the Coalition would invest in technology solutions to solve state government service delivery issues if it was elected to power in the next election. O’Farrell said there was a great misconception that IT was simply a way to replicate offline transactions online more efficiently and at a cheaper cost.

“However, it’s actually an opportunity to rethink how we transact in the first place,” he wrote at the time, giving examples of residents being able to renew public transport tickets online, more accurate patient care through e-health solutions and being able to renew a fishing licence on the same site as your driver’s licence. “A future NSW Liberal & Nationals Government is energised to embrace technology,” he concluded.

At least one analyst has already praised the new initiative by the NSW Government.

“The NSW ICT Strategy, emerging just before the second O’Farrell budget and just over one year after the Coalition government came into power, is comprehensive, innovative and attuned to emergent technology directions (such as cloud computing, social media and bring-your-own-device or BYOD),” wrote Intermedium’s Judy Hurditch today ” … this strategy positions NSW ahead of any other jurisdiction in Australia in its degree of forward thinking and preparedness to publically commit to it.”