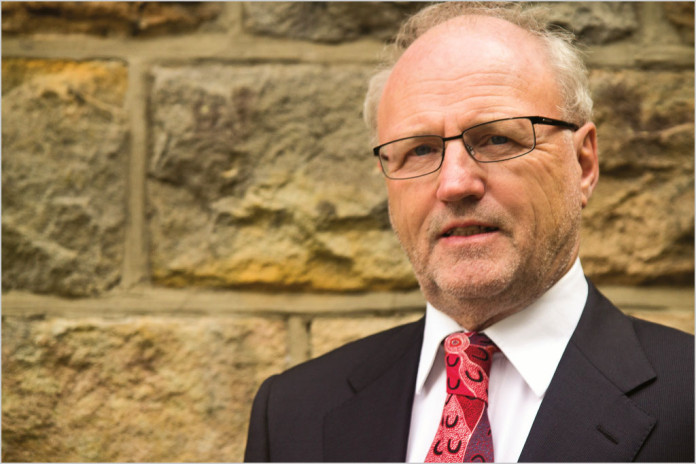 news Veteran telecommunications analyst Paul Budde has accused Communications Minister Malcolm Turnbull of having “no clue what he was doing” with the National Broadband Network project, in the wake of news that the Coalition’s Multi-Technology Mix approach to the NBN has blown out in cost by up to $15 billion.

On Monday this week the National Broadband Network Company revealed that up to 550,000 less Australian premises would receive the full Fibre to the Premises rollout than had been previously been planned under the Coalition’s Multi-Technology Mix, with the project’s funding requirement also blowing out by between $5 billion and $15 billion. The details were contained in the company’s new Corporate Plan.

Minister Turnbull said the new management of the NBN company had achieved a “formidable turnaround” in the company’s fortunes, stating that its chief executive Bill Morrow and his team had “done a remarkable job in getting this project on track”. When the Coalition took over the NBN, the Minister said, the NBN company’s cost accounting systems were “frankly, so poor”, that they did not know how much it was costing to connect premises with fibre.

“We are determined that all Australians would have access as quickly and as cost-effectively as possible,” he added.

In a blog post earlier this week, telco analyst Paul Budde wrote that “more lies” were now leading the NBN project “from bad to worse”.

“… the minister promised a quick six-month turnaround for the policy change; but now, two years later, apart from pilots, none of the so-called multi-mix technology (basically a retrofit of the old copper and coax cables) has eventuated. Now the government has also admitted that this retrofit might cost up to $15 billion more than expected,” Budde wrote.

“It becomes clear that this government didn’t have a clue about its proposed ‘cheaper and faster option’. It was nothing more than political rhetoric.”

“It appears to me that the Communications Minister, Malcolm Turnbull, has totally under-estimated the consequences of changing the fundamentals of such a large national infrastructure building project midway through the process. In my opinion he simply didn’t have a clue what he was doing.”

“There’s a couple of reasons for that. First is that the deal with Telstra to buy back the old copper network took a lot longer than they expected it would. They promised that would be done by the middle of 2014. That wasn’t completed until the middle of this year. As a result of that the rollout of the fibre-to-the-node network is way behind schedule. Malcolm Turnbull promised that that would be underway at scale by the middle of last year. Well it’s now the second half of 2015 and that still is not rolling out at scale.”

“The rollout of the HFC network for broadband is also way behind schedule. In the Strategic Review the Government promised that 2.61 million homes would get access to the NBN via the pay-tv HFC network by the end of next year. Today it has been revealed that less than a third of that number will get access to the NBN via HFC by the middle of 2017.”

“On top of that the cost of the new IT systems to run this second rate network has also blown out. We were told when the Strategic Review came out in December of 2013 that that would cost an extra $180 to $290 million. We are now told that will cost about an extra billion dollars.”

“So there have been blowouts and delays ever since Malcolm Turnbull took on this job. The NBN is the biggest and the most important infrastructure project in Australia. It will change the way we live. It will change the way we work. Most Australians get it. They want it. They want the NBN and they want the real NBN but unfortunately now under this government they are getting a second rate NBN. What we learnt today is that it will cost a lot more and Australians will get a lot less.”

opinion/analysis
Fighting words from Paul Budde — one of the few Australian telecommunications experts still willing to go toe to toe with Minister Turnbull on the fraught issue of the NBN. I suspect at the moment that many former critics of the Coalition’s NBN policy are waiting under cover to find out how the Coalition’s MTM NBN plan turns out before passing judgment. But Budde is probably old enough and ornery enough to speak his mind to power no matter what.

As Budde and Clare have pointed out this week, it’s true the Coalition’s Multi-Technology Mix plan is not going well for the NBN at the moment. The cost blow-outs and the delays are starting to add up, and the pressure is ratching up on the Government over the issue. There is no way for the Government to simply wave away a cost blow-out that could range up to $15 billion.

It’s also true that not all of these problems can be laid at the Coalition’s door. Many of the issues do have their roots in Labor’s stewardship of the NBN. Both sides of politics have responsibility for the NBN — as a project which extends into multiple Governments.

However, ultimately Malcolm Turnbull is the Minister now, and he must continue to take responsibility for the project — especially as he has now been Minister for almost two years and has radically reshaped the NBN during that time.

I would disagree with Budde on one point with regard to the Minister himself.

I don’t think Minister Turnbull is clueless when it comes to telecommunications infrastructure. In fact, I believe he is an extremely intelligent and savvy individual who has taken a great deal of time to educate himself comprehensively on this subject. He knows his portfolio inside and out, and is extremely technically literate and competent. This isn’t just my opinion — these are comments I hear frequently from high-level people who interact with the Minister, both in Canberra and outside the Parliamentary bubble zone in the rest of Australia.

However, it’s important to realise that the Coalition’s MTM model was never truly a technical solution aimed at meeting Australia’s future broadband needs through using the most appropriate technology and the best commercial model.

The current MTM-based NBN project is a creature of politics, and was aimed squarely at solving the political problem that the Abbott Government could not wholly abandon the NBN nor deliver it in the form that Labor envisioned. It is for political reasons that Malcolm Turnbull took Australia down this path. The Coalition needed an alternative NBN vision, and the Minister is delivering it, barnacles and all.

In short, Minister Turnbull is taking Australia down this path deliberately, rather than in ignorance.

The ongoing problems with the project reflect the fact that multi-year, massive infrastructure projects cannot be delivered in Australia without bipartisan support. The root of the issue here is letting politics interfere much too far with policy development and implementation.