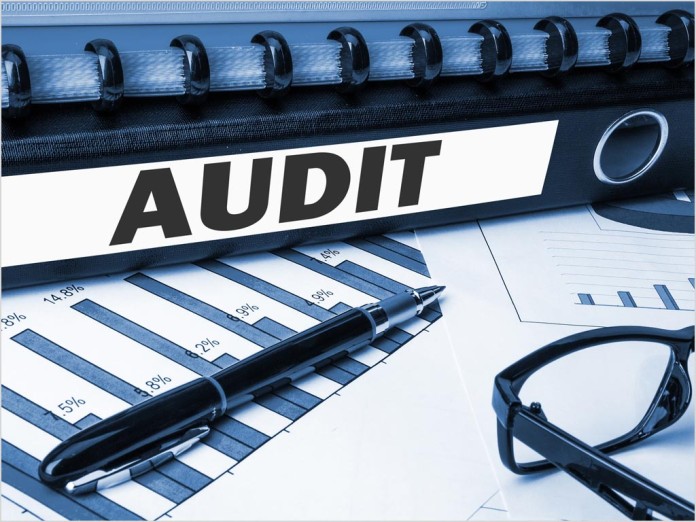 opinion The full resources of the Federal Parliament and other Government accountability mechanisms must be deployed to determine how a cost blowout of between $5 billion and $15 billion was allowed to occur in the National Broadband Network, and how to stop a similar situation from occurring again in future.

One and a half years ago, I was invited to the North Sydney headquarters of the NBN company for the release of the new Coalition Government’s first major report with relation to the NBN project.

Dubbed the NBN ‘Strategic Review’, the document (PDF) had been put together at a frenetic pace over the three months after the Coalition won power in the 2013 Federal Election. The effort was led by JB Rousselot, a former Telstra and OzEmail executive who had been hired in October that year by the NBN company as Head of Strategy and Transformation.

Much of the grunt work was conducted by three major consulting firms — Deloitte Touche Tohmatsu, the Boston Consulting Group and KordaMentha.

The importance of this report cannot be understated. It severely criticised the former Labor Government’s Fibre to the Premises-based NBN policy, stating that it would cost many billions more than the NBN company had previously estimated. And it recommended the Multi-Technology Mix approach, which the Government and the NBN company has adopted, of re-using copper and HFC cable networks for the NBN rollout.

At the time the NBN Strategic Review was released, Communications Minister Malcolm Turnbull clearly regarded it as canonical.

Attending the Sydney event via teleconference, the Minister was flanked by representatives from the NBN company and the consulting firms. All present emphasised how much work had gone into the Strategic Review.

“Importantly,” the Minister said at the time, “all forecasts in the Strategic Review have been arrived at independently by NBN Co and, in the view of the company and its expert advisors, are both conservative and achievable.”

“The advice contained in the Strategic Review will be a crucial input into Government policy, setting out as it does the facts on the current NBN and realistic and informed analysis of options to vary its design and delivery.”

Well, as it turned out, the information contained in the December 2013 NBN Strategic Review was completely wrong.

If the plan is to be believed — and the Minister strongly emphasised today that it is — then the NBN Strategic Review underestimated the peak funding required to complete the NBN project by at least $5 billion and perhaps as much as $15 billion over the life of the project.

That is, the NBN Strategic Review was wrong in its costings of the Multi-Technology Mix option by between 12 percent and 37 percent.

This morning, the Minister carefully laid the blame for this extraordinary mistake squarely at the door of the previous management of the NBN company — former chief executive Mike Quigley and his team, who founded the NBN company and got the project off the ground. And blame was also laid at the door of the former Labor Government — essentially, the project’s responsible Minister, former Communications Minister Stephen Conroy.

There may be some degree of truth to Minister Turnbull’s allegations. It is clear that Labor significantly underestimated how much effort it would take to complete its ambitious fibre-based NBN project. And I agree with the Minister when he alleged yesterday that it was “extraordinarily crazy” of Labor to hand this project to a brand new startup company. In almost every other country globally, these massive projects are primarily being handled by huge incumbent telcos.

However, the fact remains that it was not Stephen Conroy or Mike Quigley who delivered the NBN Strategic Review. That honour remains with NBN company executives primarily appointed under Turnbull’s watch — JB Rousselot and NBN chair Ziggy Switkowski, as well the three accounting firms who assisted with its construction.

And ultimately, as the presiding Minister, it is Malcolm Bligh Turnbull himself who must take responsibility for the delivery of that report — with its up to $15 billion mistake regarding NBN cost estimates.

Now, I do not know how the error was made. I do not know precisely whose door we should lay this colossal incineration of public funds at. I do not know to what degree the fault lies with Labor, the Coalition, either era of management at the NBN company, or the consulting firms involved.

However, I surely know how to find out.

Today I am writing to a number of diverse parties to invite them to officially investigate how this massive error was allowed to occur, and how the Government and the NBN company can prevent it from occurring again.

I am writing to Senator Jenny McAllister, the chair of the NBN Senate Select Committee, to request that the Committee call Ziggy Switkowski, JB Rousselot and the three consulting firms who constructed the NBN Strategic Review to attend public hearings of the Committee and help the Committee investigate how the mistake was made.

I am writing to Federal Auditor-General Grant Hehir to request that his office undertake an audit of the NBN company’s cost accounting processes over the past three years, with the aim of determining how the vast differences between the estimates contained in the 2013 Strategic Review and 2016 Corporate Plan were able to come about.

These organisations may wish to start, as Financial Review journalist Tony Boyd has, by interrogating the assumptions in the NBN Strategic Review. Boyd writes of what he describes as “heroic” assumptions in the document, including the idea that the ownership of the HFC cable networks could be switched over to the NBN company “with a click of the fingers”.

Lastly, I am writing to the NBN company and the Department of Communications, to request that correspondence between those entities and Minister Turnbull’s office in relation to the consideration of the 2016 Corporate Plan be released. This correspondence may assist in determining how long the NBN company and the Government have been aware of this up to $15 billion discrepancy.

There are also further avenues open to seek key pieces of information in relation to this cost blow-out. The Senate has previously compelled Governments (both Labor and Coalition) to release corporate documents from the NBN company. It may assist with this process again.

I stress that today, I make no judgement and apportion no blame as to the grossly wrong estimate which was made with relation to the NBN company’s costs. My efforts in seeking this information bears no relation to the fraught political process around the NBN. In point of fact, I could not care less which political party — Coalition, Labor, Greens or even Motoring Enthusiasts — is most successful at delivering the NBN project. I suspect that the mistaken estimate of the NBN’s costs will actually cross the date lines of different Governments. Late 2013 was, after all, a transition period.

Like the vast majority of Australians, all I ultimately care about is that the project does succeed and that we are all able to access high-speed broadband. I also care about the cost of the project — I do not want the public’s money to be mismanaged, especially on a multi-billion-dollar scale.

Then too, I’m a journalist. It is the job of journalists to seek objective truth and determine facts so that the public can be informed about the activities of those who hold power over them. I cannot think of a more appropriate situation to apply a little journalistic rigour than when a cost blow-out of up to $15 billion has been disclosed.

We live and breathe in a year in which the Government has mandated reviews be carried out into the appearance of a single individual on the ABC’s Q&A program. How much more effort, then, must we apportion to a process which appears to have seen up to $15 billion vanish into thin air. The answer: A great deal.