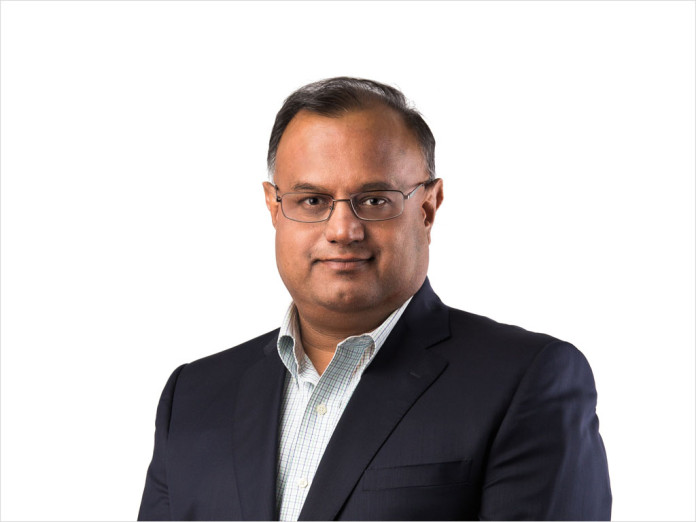 feature The chief executive officer of upstart telco MyRepublic has described the Coalition’s move to significantly water down Labor’s National Broadband Network vision as “criminal”, mourning the loss of the “marvellous” universal fibre dream promoted by the previous Labor Government.

MyRepublic was formed in 2011 as a new broadband provider in Singapore by telco and network specialists Malcolm Rodrigues and KC Lai. The company quickly shot to prominence in the island state through providing unlimited broadband plans at 100Mbps speeds over Singapore’s Next-Gen National Broadband Network, which is based on the Fibre to the Premises network rollout model.

The company has also launched in New Zealand and is planning to launch in Australia in the second quarter of 2016.

Rodrigues — the company’s chief executive — generated a large amount of headlines last week with controversial comments made to the Financial Review newspaper, in which he alleged the Coalition’s Multi-Technology Mix approach to the NBN was “shit”, and that the Coalition Government had “completely stuffed” the project. The comments were quickly denounced by the NBN company and Communications Minister Malcolm Turnbull.

Asked about the instant reaction in an interview with Delimiter later in the week, the good-natured Rodrigues chuckles and notes that he suspected his comments had “struck a nerve”.

The executive says he has some experience of dealing with Minister Turnbull. When the Liberal MP was in Opposition, he notes, the pair spent half a day together in Singapore, during a broadband fact-finding mission which the then-Shadow Minister had engaged in throughout Asia.

Rodrigues says he has “a lot of respect” for the Minister, who he describes as a “smart guy”. He notes that Minister Turnbull may not always be able to pursue the path he would like to — in his Cabinet role he has a lot of “handcuffs” on him.

However, the executive notes that even at that stage, in Opposition, the Member for Wentworth didn’t see the need for universal fibre as Prime Minister Kevin Rudd and Communications Minister Stephen Conroy did.

The executive says that he understands where Minister Turnbull would be coming from with such comments. However, throughout some parts of Asia, he notes, even 100Mbps speeds are obsolete. In Singapore, gigabit speeds have become common following the country’s own NBN rollout. If customers really didn’t want those speeds they could buy 500Mbps plans instead, Rodrigues notes.

In Australia, there is sharp disagreement between the major political parties on the topic of the National Broadband Network. Since 2009, Labor’s policy has focused on near-universal Fibre to the Premises throughout Australia. The Coalition has had a number of alternative policies, before settling to the Multi-Technology Mix of HFC cable, Fibre to the Node and Fibre to the Premises.

Rodrigues notes that the political dynamic in his company’s two main countries of focus, Singapore and New Zealand, has been dramatically different around broadband to that in Australia.

“In New Zealand … everybody supports it, they know this is critical to the future of the country,” he says. “There is no debate on copper or alternate technologies.” For its part, Singapore developed an ‘Intelligent Nation 2015’ masterplan. Rodrigues notes that back in 2005 the country realised it needed to move away from its past and reskill its workforce, develop broadband infrastructure, datacentres, invest in the high-value banking sector, to create a high-level economy.

“They have this huge plan, which is all underpinned by having this connectivity,” he says. “Not only have they built the NBN, but they have a very strong approach on how to leverage the digital economy. Venture capitalists are coming here. Startups are coming a mile a minute.” A whole environment was created in Singapore that sustains the intent to develop its digital economy, Rodrigues says.

“In some other countries, the intent was there — but it somehow has been lost,” he says.

The executive describes building a fibre NBN as like constructing a beautiful house overlooking a lake. “Then,” he says, referring to the Coalition’s new model, “someone came in and said ‘it’s too expensive, we can do it cheaper’. The mandate is not to fulfil the dream of the vision, it’s to build it cheaper. Now you don’t get a brick house overlooking the lake — now it’s made of bamboo in the forest.”

From a foreign perspective, Rodrigues says the previous Government’s plan to build an all-fibre NBN was “marvellous”, with Australia waving the flag for NBN infrastructure across the entire region.

According to Rodrigues, the reality of the NBN is that the current Government is looking to spend $30 billion or so on a platform that he described as “useless”. “It’s criminal,” he said. “They would have been better off to spend $90 billion and build it [fibre] everywhere.”

Rodrigues said he accepted that some countries would see themselves as being focused on different sectors — countries of “farmers and miners” rather than technology specialists. “If you make that decision, then that’s fine,” he says.

However, ultimately the executive believes the global nature of the economy is accelerating beyond this kind of paradigm. “Because of the global nature of where the economy is going, all your consumption will happen online,” he says. “Chinese retailers or American retailers — online. People will be forced to leave the country to get meaningful jobs and a meaningful education. You may think you’re a mining resources country, but the reality is the world is changing.”

Not everyone has the same overwhelmingly positive view of Fibre to the Premises that Rodrigues has. Globally, it is true that a mix of technologies are being used for broadband networks. Fibre to the Node is particularly popular throughout Europe, and is the dominant technology being used to upgrade BT’s copper network in the UK, for example, while HFC cable is very popular throughout the United States.

However, Rodrigues has a message for Communications Minister Malcolm Turnbull, who has regularly talked up the potential to get high speeds over Fibre to the Node.

“If he gets 90Mbps to everybody then I will come down and apologise in person,” says Rodrigues. “If you’re getting 90Mbps you’re probably sitting in the office next to the equipment and there’s no external conditions. If you’re one metre away from the node, it all looks good.”

“You go a kilometre away from the exchange, you could get 40Mbps, 2km away — you’ll get 15Mbps. The Chorus guys [in New Zealand] — they’re building the same technology — the most they’ll promise is 17Mbps per second. if you get 3km away, you’ll get nowhere near that speed.”

“If he believes — if his technology guys think they can get 90 megabits per second on FTTN, then they’ve never built networks. What he’s doing is building a grass hut to meet commitments in the election.”

And in the long-term, Rodrigues believes, Australia will turn back to the universal fibre path.

“I think the reality is Australia will find their way. People will complain about FTTN, [saying] ‘You told me 90Mbps but I’m getting 4Mbps’. At some point they’ll kind of realise — as businesses start leaving the country and moving to NZ — and there’ll be a gradual policy change.”