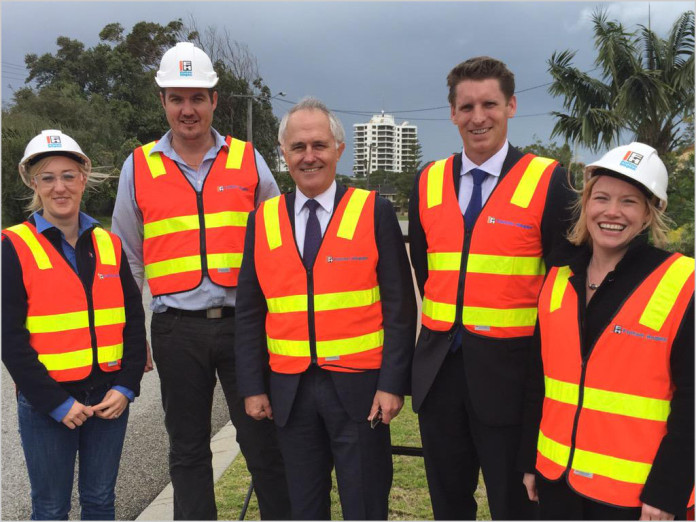 news Several of Australia’s telecommunications analysts have published statements noting they expect Malcolm Turnbull to reveal his ‘real’ views about the National Broadband Network project after taking the Prime Ministership and perhaps even return the project to a footing more based on its previous Fibre to the Premises technology.

As Communications Minister, Turnbull radically shifted the NBN project away from Labor’s policy of providing the best possible fibre broadband to most Australians, instead opting for a highly criticised and controversial ‘Multi-Technology Mix’ which will see the NBN company upgrade the copper and HFC cable networks owned by Telstra and Optus.

Turnbull has also stated repeatedly that he did not believe Australians needed the full speeds of the NBN’s fibre, and that a better, more affordable result could be achieved by re-using the legacy infrastructure.

However, telecommunications industry sources have regularly claimed that Turnbull secretly admired the NBN project and its high-fibre basis and was merely doing former PM Tony Abbott’s bidding in seeking to radically overhaul it. In 2011, for example, a senior executive from national broadband provder Internode stated on radio in Adelaide that he believed Turnbull secretly “loves the NBN as a concept”, despite being given an order by then-Opposition Leader Tony Abbott to “demolish” the project.

In the wake of the Turnbull’s ascension to the Prime Ministership earlier this week, several notable telecommunications analysis have claimed they expect the Member for Wentworth to take a more favourable approach to the NBN.

Just several weeks ago, veteran telecommunications analyst Paul Budde accused Turnbull of having “no clue what he was doing” with the NBN project, in the wake of news that the Coalition’s Multi-Technology Mix approach to the NBN had blown out in cost by up to $15 billion.

“It appears to me that the Communications Minister, Malcolm Turnbull, has totally under-estimated the consequences of changing the fundamentals of such a large national infrastructure building project midway through the process. In my opinion he simply didn’t have a clue what he was doing,” said Budde at the time.

However, this week Budde noted in a separate blog post that Turnbull had called the analyst regarding the article.

“While I was very critical of the minister in my article I at the same time am of course very well aware of his knowledge on ICT-related issues,” said Budde. “With Malcolm now in the top job, he will have far greater freedom to express his views on this issues, which most certainly will be far more liberal than conservative and that would be highly welcomed by most of the industry.”

“Under that previous regime, I fully understood the political situation that Malcolm was in, and I have also mentioned in previous blogs that I was grateful that he saved the NBN from the ‘kill at all cost’ campaign of his predecessor.”

Ovum analyst Al Blake wrote that it was a “political imperative” for Turnbull to trash the NBN at the time.

“Although he was following the party line there was always uncertainty as to how strongly Turnbull personally supported that approach and his elevation to the PM spot may allow for an NBN recalibration,” the analyst noted.

“Given the political realities it would be impossible to go back to the original Labor plan – but we may see the proportion technologies slide further towards FTTP which would mean world-call broadband performance for a greater percentage of Australians. Having someone with an understanding of technology at the highest position in government cannot be underestimated.”

University of Melbourne academic Rod Tucker — who has highly criticsed the Coalition’s approach to the NBN — noted that he believed Turnbull needed to step away from the “ideologically-driven focus on [Fibre to the Node] that Turnbull used to differentiate his network from Labor’s fibre-to-the-premises (FTTP) network.”

“The minister needs to formulate a long-term vision for Australia’s broadband needs and ensure that the NBN is not just a quick fix for our current needs,” he wrote.