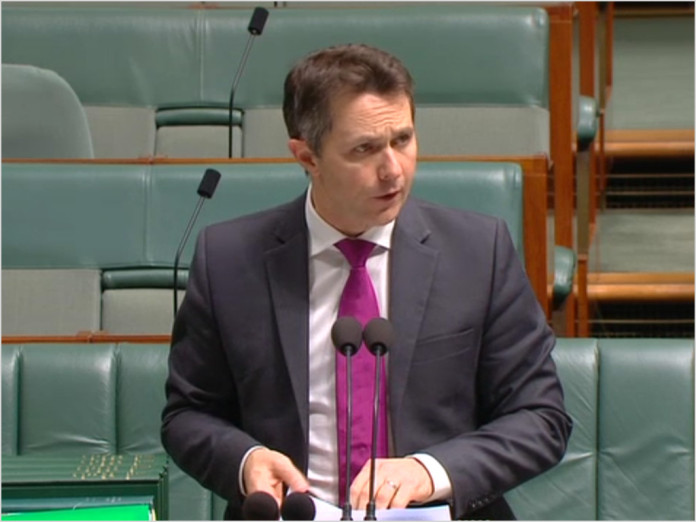 news The Opposition has blamed the up to $15 billion National Broadband Network funding blow-out revealed this morning on “poor decisions” and “wrong assumptions” made by Communications Minister Malcolm Turnbull during his stewardship of the project, as the war of words between the major parties on the issue ramps up.

This morning the NBN company released its latest corporate plan. The document reveals up to 550,000 less Australian premises would receive the full Fibre to the Premises rollout than had been previously been planned under the Coalition’s Multi-Technology Mix, with the project’s funding requirement also blowing out by between $5 billion and $15 billion.

In a press conference this afternoon associated with the release of the plan, Communications Minister Malcolm Turnbull said the new management of the NBN company had achieved a “formidable turnaround” in the company’s fortunes, stating that its chief executive Bill Morrow and his team had “done a remarkable job in getting this project on track”.

When the Coalition took over the NBN, the Minister said, the NBN company’s cost accounting systems were “frankly, so poor”, that they did not know how much it was costing to connect premises with fibre.

However, in a statement in response this afternoon, Shadow Communications Minister Jason Clare said the fault lay with Minister Turnbull and not with Labor.

“After doubling the size of the deficit, the Abbott Government has now nearly doubled the cost of their second rate NBN,” Clare said.

“The financial return to taxpayers from the Coalition’s second rate NBN has also crashed. In December 2013, we were assured the rate of return would be up to 5.3 per cent. Today we learn it will be 3.5 per cent at best. The NBN is rolling out slower than Malcolm Turnbull promised, and it is more expensive than he promised.”

“Malcolm Turnbull has no-one else to blame for this cost blowout. It has happened because he has made poor decisions and made the wrong assumptions.” The Shadow Communications Minister listed a number of poor assumptions he said Minister Turnbull had made, as follows: 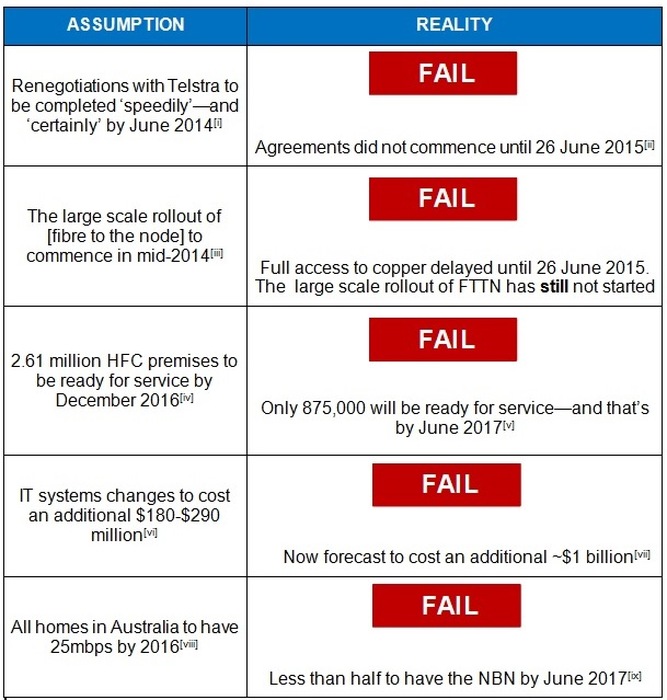