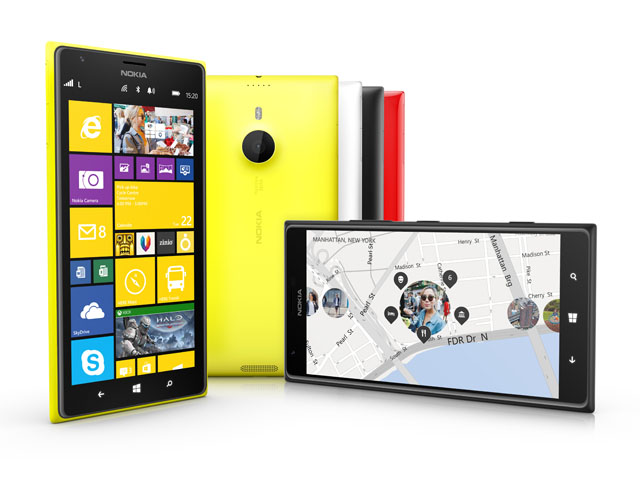 However, if you are looking to buy a new Nokia, you’d probably be interested to know that the company announced this morning that it would have one more stab at a major local launch, with its new model, the Lumia 1520. The selling point of the 1520 is that it features a 6″ full HD 1080p screen, placing it in Galaxy Note range. Other features include support for 4G speeds, Windows Phone 8, a large 3,400mAh battery, a 2.2GHz quad-core Snapdragon 800 CPU, a PureView 20 megapixel camera, a 1.2 megapixel front-facing camera, 2GB of RAM, 32GB of internal memory and microSD card support up to 64GB. By way of quotage, Nokia Australia managing director Steve Lewis tells us:

“There’s a growing demand for mobile devices that have the power, speed, and screen size to handle the demands of busy life and enable people to be more productive. As capturing and sharing images and video become more instinctive ways to communicate and express yourself, we believe the additional screen size and next level imaging technology of devices like the Lumia 1520 will give people a compelling reason to switch.”

We haven’t reviewed the 1520, but we feel pretty comfortable saying that if you want a whopping huge Nokia Lumia model which comes with the lot, in fluorescent colours to boot, then this is going to be your baby. Just don’t try and pretend it won’t stand out when you’re holding it the site of your head on a bus.