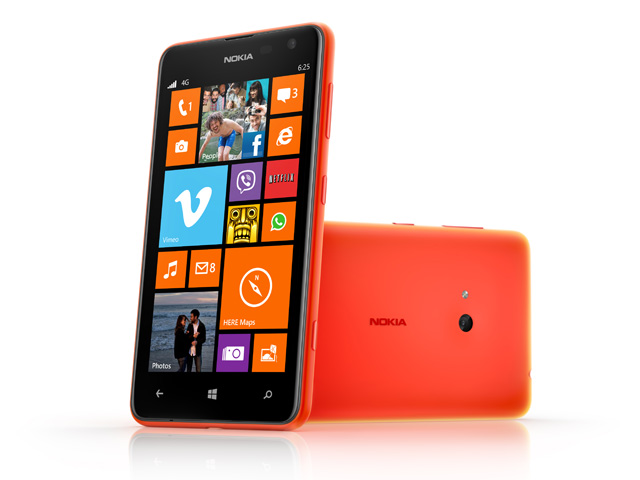 blog We can’t help but wonder at this point whether anyone will truly care, given the existing proliferation of Nokia Lumia models in Australia, but seeing as it’s our job to do so, we thought we’d inform you all of the availability of a new model in the Lumia line down under. Nokia tells us this morning that the company’s Lumia 625 is shortly to land on Australian shores from “leading retailers”, with Telstra and Optus Business getting the model at the end of August and Virgin Mobile from early September, with a RRP of $399. The 625’s specifications:

On paper, the 625 looks like an excellent model for anyone seeking to get into the Windows Phone 8 ecosystem. The model has 4G support, a large screen, a decent CPU, and it comes with Windows Phone 8. Hell, it can even take a 64GB SD card, for those of you out there who are sticklers for such a thing. However, we can’t help but wonder whether Nokia is flooding the market with too much choice.

The company was churning out multiple versions of each product because of bureaucratic momentum and to satisfy the whims of retailers. “It was insanity,” [Apple marketing chief Phil Schiller] recalled. “Tons of products, most of them crap, done by deluded teams.” Apple had a dozen versions of the Macintosh, each with a different confusing number, ranging from 1400 to 9600. “I had people explaining this to me for three weeks,” Jobs said. “I couldn’t figure it out.” He finally began asking simple questions, like, “Which ones do I tell my friends to buy?”

Everyone knows, right now, what the iPhone is. There’s only one new model, the iPhone 5. And everyone knows what that the Galaxy S4 is Samsung’s flagship smartphone, and that there’s also a bigger version, called the ‘Note’. Likewise, HTC is focusing its efforts on the “One”. But when it comes to Nokia, there are about a billion versions of the company’s Lumia line, and while to me it’s pretty obvious which ones which customers would be interested in, because I’m a professional reviewer, I don’t think it’s obvious to customers at all, and it’s definitely diluting the ‘Lumia’ brand name.

I’d like to see Nokia come out with just two new smartphones every year, or perhaps nine months. One flagship model, like the iPhone or the GS4. It would have the best camera on the market, phenomenal design, awesome build quality, and great in-built Nokia-branded software to cover Windows Phone 8’s shortcomings. And one smaller model, suitable for those with smaller hands. A lot of people can’t handle 4.7″ screens. Does anyone think the company really needs more models per year? I’d be interested in your thoughts.