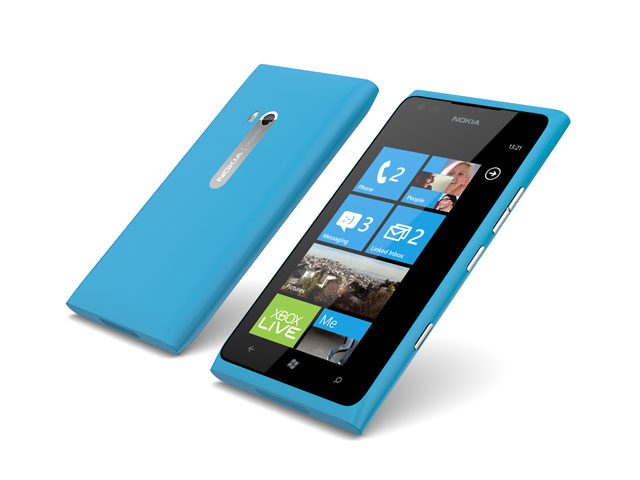 news Finnish mobile phone giant Nokia has invited Australian journalists to a Sydney briefing previewing its new Lumia 900 and 610 smartphones, in one of the first indications that the Lumia 900, regarded as one of the top Windows Phone 7 smartphones globally, will eventually be sold through carriers in Australia.

The briefing, held in Sydney next week, will see Nokia demonstrate the handsets, which have launched in limited release internationally but have not yet made their way onto Australian shores.
Internationally, the Lumia 900 is regarded as Nokia’s current top smartphone, and likely the front-runner in the Windows Phone 7 category in general. The smartphone features a 4.3″ AMOLED display running at a resolution of 800×480, 512MB of memory and 16GB of storage space. It features an eight megapixel camera capable of recording video at a HD resolution of 720p, and is driven by a 1.4GHz single core Snapdragon CPU.

But beyond these specifications, it’s the Lumia 900’s overall design and network access speeds which has captured the attention of smartphone buyers globally. In the US, the Lumia 900 has launched with support for the 4G/LTE speeds which carriers like Telstra and Optus are slowly introducing in Australia. So far, only a handful of smartphones have launched in Australia supporting Telstra’s 4G network, and most of those have been last year’s models with 4G speeds added, such as the Samsung Galaxy S II, or models such as the HTC Velocity 4G which lack the design aesthetic of their makers’ mainstream lines, such as HTC’s One series.

In addition, the Lumia 900 features the same colourful polycarbonate exterior which Nokia’s previous Lumia 800 and N9 models have shipped with in Australia. But it has a substantially larger screen, at 4.3″ compared with 3.7″.

Perhaps the major downside of the Lumia 900 for buyers is the fact that Microsoft’s Windows Phone 7 platform continues to attract criticism for not being as well-developed as Apple’s iOS or Google’s Android alternatives, although it has come a long way over the past several years. “While the hardware — at least externally — delivers, the phone as a whole does not,” the Verge’s review states. “I think Nokia made a lot of the right decisions, but it’s almost impossible to move beyond some of Windows Phone’s shortcomings this late in the game.”

The Lumia 610, in comparison, is one of Nokia’s lower-end models, featuring an even more modest profile than the company’s Lumia 710 handset which has already launched in Australia. The smartphone features a 3.7″ LCD display running at a resolution of 800×480, with a five megapixel camera, an 800MHz single core snapdragon CPU and 256MB of memory.

In its preview of the device, PCWorld Australia wrote: “The Nokia Lumia 610 is the baby of the company’s Lumia family and aims to bring a Windows Phone device to the low-end of the market. With a reasonably sized screen and most likely a hugely competitive price point, the Lumia 610 may prove to be an excellent, entry-level smartphone.”

Independent online retailer MobiCity currently sells the Lumia 900 for $769 outright in Australia, and the Lumia 710 for between $319 and $389.

opinion/analysis
I know a lot of Australian Windows Phone 7 enthusiasts would LOVE to see the Lumia 900 come to Telstra with 4G support, and so would I. Given that all of the 4G handsets launched in Australia so far have been mediocre, a 4G Lumia 900 would do a lot to boost both Telstra’s 4G network uptake as well as the interest of Australians in Windows Phone 7. Please, Telstra and Nokia? Pretty please?