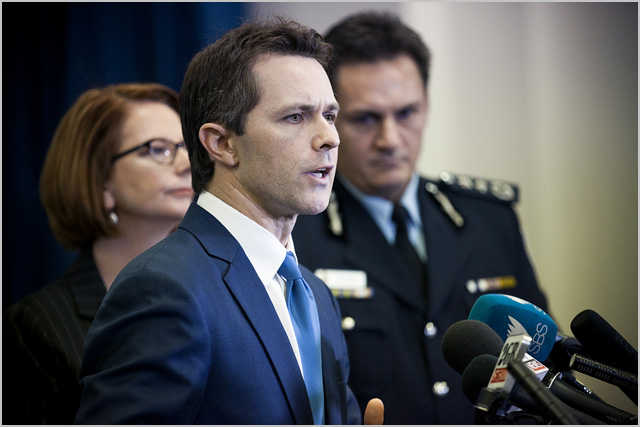 news The Opposition today claimed it was being inundated by “countless” complaints by Australians alarmed after the new Coalition Government ‘wiped them off the NBN rollout map’ with “no apology and no real explanation”.

The changes took place because NBN Co changed its metrics. Previously, NBN Co had used a metric which referred to the fact that initial work on designing the NBN rollout in certain areas had commenced. This included, in many cases, work on paper that took place in office environments, despite the fact that no actual construction work in the field had actually started. However, the Coalition changed this measurement and is now only measuring areas where construction crews in streets have been instructed to actually start deploying infrastructure, as well as areas where services are available.

“The maps will be updated when further areas enter the building stage and the shape of the rollout becomes clearer following the completion of the Strategic Review into the NBN,” said NBN Co in October, reflecting the fact that much of the future of the NBN rollout is currently up in the air, pending the outcome of that review.

However, in a statement released today, Shadow Minister for Communications Jason Clare, Member for Cunningham Sharon Bird and Member for Throsby Stephen Jones said they had been fielding constant complaints from Australians on the issue. The trio today met with residents in Horsley in Wollongong to discuss the issue.

“Countless residents have been contacting Sharon and myself over the past month concerned about the future of the NBN here in the region”, said Jones. “And they have every right to be concerned. One day they’re seeing NBN trucks in their streets. The next day they’re gone.”

“There was no warning. No apology and no real explanation from the Government and what’s going to happen next.”

Bird added: “Invisibility is not transparency. Malcolm Turnbull has a responsibility to explain to local residents, who had been promised the NBN, when they will be connected and what they will get. Malcolm Turnbull doesn’t understand the regional infrastructure issues we have here like overcrowded exchanges, it’s a massive burden.”

The Shadow Communications Minister said the new Coalition Government’s decision to “rip 29,000 Illawarra homes and businesses off the NBN rollout map” had also resulted in as many as 40 NBN construction workers losing their jobs. This is despite assurances from Communications Minister Malcolm Turnbull that he would “ensure the NBN’s current contractors do not have to lay off staff.”

“Malcolm Turnbull says one thing and does another. He pledged to protect these exact jobs that have been lost”, said Clare. “Tony Abbott and Malcolm Turnbull have pulled the plug on homes and businesses right across the Illawarra that were expecting to receive fibre to the home. This has meant local NBN workers have lost their jobs and local residents have been left in limbo.”

Australians have continually signalled over the past several years that they prefer Labor’s FTTP-based NBN policy over the Coalition’s less ambition vision, which predominantly uses a Fibre to the Node-based rollout style.

opinion/analysis
I’m on record as backing the Coalition’s changes to NBN Co’s maps, which had grown highly inaccurate over time. However, there’s also an underlying truth here, which Clare has successfully pinpointed. By and large, Australians simply do not want the Coalition’s version of the NBN — they want Labor’s version — and the Coalition’s version will indeed create a situation where residents and businesses in the very same district will have radically different styles of broadband available to them, even if they’re only a street apart.

The Coalition is not going to be able to weather this one. These complaints are going to keep coming with respect to its reformed NBN vision. The only way to stop them is to deploy FTTN as fast as possible, in an effort to convince people it’s a decent broadband option — or to switch back to Labor’s FTTP policy, which Tony Abbott’s Cabinet will likely never do.