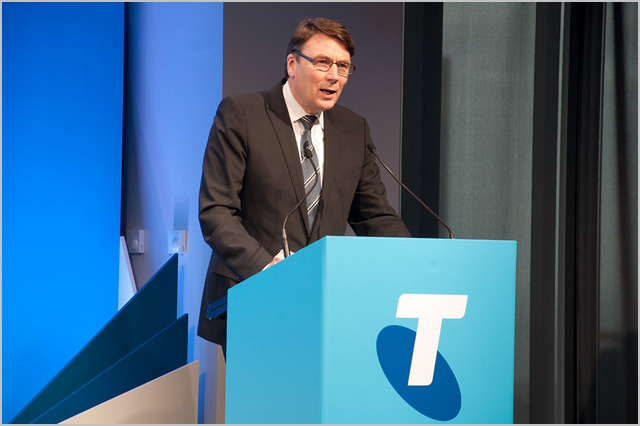 news The nation’s largest telco Telstra has declined a challenge to provide photos highlighting good examples of the best-maintained infrastructure in its national copper telecommunications network, following the publication several weeks ago of a “worst of the worst” gallery of photos of the network.

In early May, Delimiter published a photo gallery of so-called “worst of the worst” photos of Telstra’s ageing copper telecommunications network, which provides telephony and broadband services to the majority of Australia. The publication of this photo gallery was aimed at providing a realistic view into what the infrastructure which the nation relies on day in day out really looks like in some places, in the context of the current debate about upgrading it.

Following the publication, however, a number of readers and external parties expressed strong criticism of the photo gallery, stating that it didn’t fairly represent Telstra’s network, which does usually function well for the majority of those users using it. Because this, Delimiter subsequently issued a challenge to Telstra to submit a gallery of good photos of well-maintained areas of its copper network, writing at the time:

“We want to see pristine, well-maintained, properly functioning areas of its copper network. Clean exchanges, well-maintained ducts, new network equipment with fancy blinking lights and so on. We’ll commit to publishing the same number of photos we published yesterday, giving the story the same degree of prominence, if Telstra will come to the party. This shouldn’t be too hard a task for Telstra, given that it has publicly talked about how it regularly cleans its telephone exchanges.”

Unfortunately, Telstra has declined the opportunity. A Telstra spokesperson said in response: “Telstra operates a telephone network over a geographical area probably larger than any other single network provider in the world. Telstra is responsible for around 9 million telephone lines, and millions of cable joints, manhole covers, and pit lids. Nationally there are hundreds of thousands of kilometres of copper in Telstra’s network. In 2010/11, Telstra operated and maintained more than 11,000 telephone exchanges.”

opinion/analysis
Some who read this article will immediately jump to the conclusion that Telstra isn’t meeting Delimiter’s challenge to provide “best of the best” photos of its copper network infrastructure because there aren’t any such good examples of well-maintained cables. However, I don’t think this is the case — of course there are many well-maintained areas of Telstra’s network. I anticipate that Telstra has declined the opportunity to participate in this challenge because it doesn’t want the dialogue about the quality of its copper network to continue — it doesn’t want to fuel the fire. And, with the abysmal photos of the copper which were submitted for our last photo gallery … who can blame it?

Having said that, I am disappointed that Telstra hasn’t taken up our challenge. The publication of actual photos of the degrading copper network several weeks ago drove a huge amount of community interest, and I think it’s important that we continue to try and put a face on this kind of infrastructure, if we’re going to talk about upgrading it.