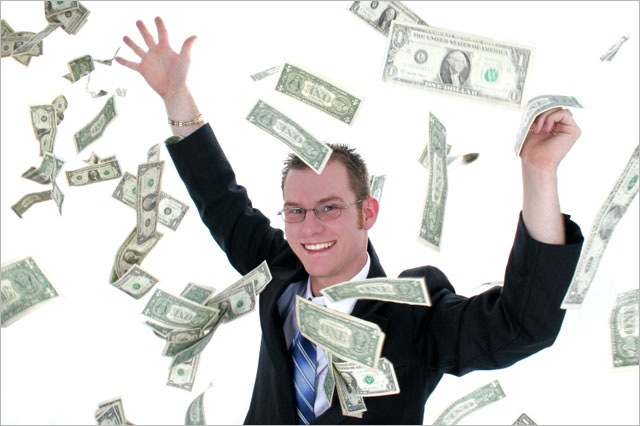 opinion Not only should NBN Co ignore Malcolm Turnbull’s spurious claim that it’s in some form of ‘virtual caretaker mode’ ahead of the upcoming Federal Election, it should intentionally sign as many long-term construction and equipment contracts as possible before September, in case the Coalition wins government and tries to shut it down.

As many of you will be aware, right now several senior members of the Federal Coalition have hit the media trail (actually, do they ever leave it for real life?) to spruik the view that the Federal Government should rightfully be in a kind of ‘virtual caretaker mode’ ahead of the upcoming Federal Election on September 14. Departments and agencies such as NBN Co and the Clean Energy Finance Corporation, according to Shadow Communications Minister Malcolm Turnbull and Shadow Climate Change Minister Greg Hunt, should be well aware that the Coalition holds a radically different view of their future than Julia Gillard’s current Labor Government does.

When it comes to the National Broadband Network, depending on who you talk to in the Shadow Cabinet and when, that future could range from shutting the whole thing down wholesale and walking away from this ‘colossal white elephant’ of a project, to maintaining the bones of NBN Co and the contracts which it has signed more or less intact and re-focusing it around fibre to the node technology and a different rollout pattern, after a lengthy period of Productivity Commission examination into the cost/benefit equation regarding high-speed broadband.

Unfortunately for Turnbull, Hunt and others such as Deputy Opposition Leader Julie Bishop who are spruiking this message, there is little validity to it, either in law or tradition (wow … who would have thunk? The Tony Abbott-led Coalition being misleading about something? That could never happen.). The so-called ‘caretaker’ provisions only apply once the Prime Minister of the day has actually asked for Parliament to be dissolved; until then, the Government and its agencies are completely free to get on with the business of governing the nation, signing contracts, implementing projects and so on. And in fact that’s probably what the Australian population would vastly prefer that they do.

However, if I was in a management position at NBN Co I would go one step further. Why not abandon the concept of ‘business as usual’, and try and lock down as much of the next decade’s rollout of the NBN as possible?

Think about it for a minute.

It’s a similar case, more or less, with many of NBN Co’s network equipment contracts. The company’s deal with Alcatel-Lucent was signed in June 2010, and while it’s worth up to $1.5 billion, it appeared as though that deal was initially only for 12 months to help get NBN Co off the ground; I don’t think it was precisely stipulated how long it would last. The company also has deals with a range of other companies, including local suppliers. One standout is a $400 million deal with Nokia for optical transmission equipment. Each deal was typically worth hundreds of millions to more than a billion dollars, but NBN Co tended to place an early order of a few millions or tens of millions of dollars to get itself off the ground with some initial kit. It then expected placing further orders later on as its network rollout ramped up. I’m sure it has been placing quite a few orders in this vein over the past six months and more.

What we see here is pretty sensible behaviour for what is essentially a rapidly growing, government-backed startup company like NBN Co. The company has locked down contracts covering the first few years of its rollout, from both an equipment and construction point of view. It has also given itself the flexibility after that period (from around 2015) to change up its approach. Construction firm delivering poorly? After 2015, NBN Co will have the flexibility to switch to another one. Network equipment not up to spec? NBN Co still has the flexibility to find another supplier.

This approach makes absolute sense in the case of a long-term infrastructure project such as the NBN. You’re the biggest player in town; so you can sign medium-term deals and make suppliers dance to your tune.

But what if the National Broadband Network wasn’t a long-term infrastructure project? What if the Opposition Leader, who had continually threatened over several years to shut it down, was very likely to become the next Prime Minister, on the basis of consistent polling? What if the man likely, on that same polling, to become the next Communications Minister in charge of the NBN, had publicly promised to radically alter the style of the NBN?

If you were a prudent man, and politically aware, you’d bend with the prevailing sentiment of the times. As Malcolm Turnbull suggested this week, you’d refrain from entering into any major contracts in the time period before an upcoming Federal Election. You’d respect the potential incoming government’s wishes about not committing it to anything it wasn’t in favour of, while still progressing the NBN rollout as a whole.

However, let’s make no bones about it. When it comes to the political process, NBN Co chief executive Mike Quigley has not proven himself to be a prudent man.

During the 2010 Federal Election, in the extremely early days of the NBN project, the project as a whole was facing obliteration at the hands of the Coalition. With Labor still carrying Julia Gillard’s extremely unpopular backstabbing of previous Prime Minister Kevin Rudd around its neck like an odious millstone, it was looking as though the Coalition was going to win power that year, and the NBN project shut down wholesale.

At that point, Quigley broke what many saw as his obligations under the election caretaker conventions and came out swinging in a direct and high-profile attack on the Coalition.

This is what he said at the time: “Far from being a ‘white elephant’, the NBN can provide an acceptable return for the government,” he said. “Taxpayers will get their $27 billion investment back with interest and they will get a network they can use for decades. This is, I believe, a much better option for the Australian public than giving billions of dollars of taxpayer funding to subsidise commercial companies to marginally improve today’s broadband networks.”

And on Tony Abbott’s view that it is not Government’s role to dictate what technologies it should support, because future technological development may make them obsolete? “To suggest that we not build a fibre-based network in Australia now, because maybe some new, but not yet imagined, technology may turn up, displays a rather naive view about how science and technology progresses,” said Quigley.

We’re also talking here about a NBN Co chief executive who has come under constant personal attack over the past few years from the Shadow Communications Minister, Malcolm Turnbull.

Turnbull has made no bones about the fact that he believes the management of NBN Co to be incompetent at its jobs and spent a great deal of time throughout 2011 implying links between Quigley and the corruption scandal which plagued the executive’s former employer, Alcatel-Lucent. Hell, as late as September 2012, Turnbull was telling community meetings in Sydney that that he did not believe Quigley had been “the right choice” to lead NBN Co, and that Quigley’s lack of “experience” in building fibre networks may be behind the NBN’s ‘dismal’ rollout schedule. He also implied that in a Coalition Government, “new management” would likely be required.

Guess who’s not going to have a job if the Coalition wins the Federal Election in September. Yup. Mike Quigley.

We must also consider the fact that the NBN project as it currently stands, using fibre to the premise technology, remains overwhelmingly popular with the everyday Australian. Polling has consistently shown that most Australians approve of the NBN, and would take up its higher speeds if they could get it. And more anecdotally, if you ask the man on the street whether Telstra is doing a good job running Australia’s existing copper broadband network (I often ask this question of taxi drivers), you’ll usually get the same response: Telstra’s doing a bad job, and the whole thing should be handed off to someone else. And by the way, can we have some of the fibre stuff they’ve got in Korea?

To sum up: Right now, NBN Co’s management really has nothing to lose. So why not go hog wild?

Unless the situation changes radically, on September 15 the company’s chief executive, and likely other members of its management team, will be out of a job. Its holy mission (and ‘holy’ is the way NBN Co personnel definitely see it) of bringing faster broadband to all Australians will be watered down dramatically and all of a sudden a Coalition Government will be breathing down the company’s neck to save every penny it can on its vastly reduced rollout.

If you assume the Coalition is going to win the upcoming Federal Election, it makes absolute sense for NBN Co to lock down as many long-term contracts as possible before that time. Screw the ‘caretaker conventions’, which aren’t law anyway and won’t apply until August. Sign up construction firms to 2020, buy as many fibre serving modules as possible from Alcatel-Lucent as possible and stockpile them in a warehouse in Melbourne, order fibre cabling by the thousands of kilometres and hire the best brains in the industry on lucrative contracts.

Make hay while the sun shines.

There are a number of awesome things about this approach. The first is that it’s completely legal. The second is that it will probably earn NBN Co brownie points with Communications Minister Stephen Conroy, who is the company’s ultimate boss right now. The third is that it will really annoy the Coalition, which has publicly threatened to sack NBN Co’s management anyway and wind the project down. So why not get even before that can happen?

But the last reason is the best, and that, in fact, is why I am writing this article in the first place. Petty vengeance is nice at times. However, making sure the NBN is rolled out as widely as possible and as quickly as possible is also objectively the right thing for Australians as a whole, as right now, the NBN policy is a damn sight better than anything the Coalition has come up with. And deploying fibre to every house is also what the majority of Australians want right now. A little bit of political activism within the completely legal boundaries of NBN Co’s management doing its actual job would go a long way.

If you’re going to go out, NBN Co, go out in style.