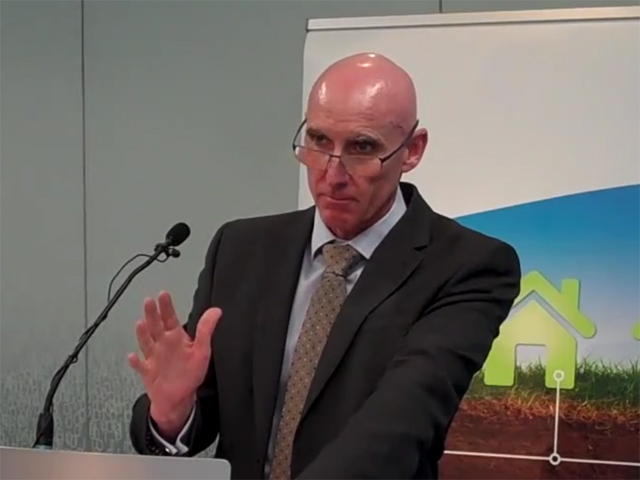 opinion When Shadow Communications Minister Malcolm Turnbull took up the microphone in yesterday morning’s Sydney meeting of the Federal Parliament’s joint committee on the National Broadband Network, the packed room grew so quiet you could have heard a pin drop.

Those who attend parliamentary committees associated with the NBN live have over the past several years become used to controversy at such events. It is not unusual at all to see strong-minded Senators such as Mary Jo Fisher, Scott Ludlam or Simon Birmingham pepper public servants, NBN Co executives or even Communications Minister Stephen Conroy himself with tough questions in an attempt to hold them to the public account for their actions or to drive a particular political agenda.

But yesterday’s event was different.

Turnbull is no low or mid-level Senator or Member of Parliament. He’s not the sort of politician who will only be known well by his local electorate or a particular interest group.

He’s one of the few politicians in Australia who has a truly national profile. Any issue he touches becomes the instant fodder of media attention. He is seen as stateman-like, a man of integrity who often rises above the at-times foetid political arena. A former and perhaps future leader of the Coalition and a man who many see as a good long-term candidate for Prime Minister or even leader of an Australian republic.

Without beating around the bush, he launched directly into a precise and highly targeted personality attack on NBN Co chief executive Mike Quigley, who was appearing before the Committee all morning. Turnbull, it appeared, had examined with a fine-tooth comb Quigley’s previous statements about his lack of involvement in the allegations of bribery and corruption at his former employer and current NBN supplier, Alcatel-Lucent, and compared them with tiny details recently released in a series of disclosures by the company to the US Securities and Exchange Commission.

Over a fraught series of exchanges with a bewildered Quigley, Turnbull extracted from the NBN Co chief executive a series of acknowledgements that Quigley had spoken “too loosely” in the past with respect to the investigations by the SEC and the US Department of Justice into Alcatel-Lucent.

As has been widely reported in the past 24 hours, Quigley was forced to apologise about his errors.

Now, if you believe Turnbull, there is no witch hunt being conducted with respect to the NBN Co chief executive. “Nobody is making any allegations against you, least of all anybody here,” Turnbull told Quigley yesterday, noting he just wanted to give the executive the chance to “correct” some of the statements which he had made.

However, nothing could be further from the truth.

The fact of the matter is that Turnbull has latched on to ongoing speculation by a small number of media outlets about a potential link between Quigley and what went on at Alcatel-Lucent half a decade ago to launch a considered and deliberate campaign against the NBN Co chief, in an attempt to undermine and ultimately destroy his personal credibility as the man responsible for implementing Labor’s flagship NBN policy.

As Quigley has repeatedly stated, and as most commentators acknowledge, there is no evidence of any link between the executive and the bribery scandal in Latin America which has led Alcatel-Lucent into a $130 million settlement with the US Government. The US investigators were so convinced of this fact, they had no interest in speaking with Quigley or NBN Co finance chief Jean-Pascal Beaufret, who was also high up in Alcatel-Lucent at the time.

Yet the constant and incessant moves by Turnbull and other members of the Coalition and the media to bring up the issue in connection with Quigley speaks of a desire to create that link in the minds of the public.

Turnbull’s carefully considered attack on Quigley yesterday was calculated precisely to take advantage of the Member for Wentworth’s own sky-high media profile and tarnish Quigley’s personal and professional reputation by forcing him to acknowledge in public that he was wrong.

It matters not to Turnbull, it would seem, nor to most of the media, that the issue on which he forced Quigley to correct himself and apologise for was an issue which — as Quigley pointed out yesterday — he could not be expected to know anything about, as it was half a decade in the past and it was something in which he had no involvement.

But it matters to me.

Unlike most of those involved in the current National Broadband Network debate, I did choose to conduct an investigation on Mike Quigley’s background when he was appointed to be chief executive of NBN Co. In my then-role as News Editor of ZDNet.com.au, I assigned journalist Liam Tung to speak to as many sources as possible and put together a profile of Quigley featuring facts not generally known. The idea was to build up a picture of the man on whose personal abilities and reputation the foundation of the NBN would be built.

At that time, Tung found it extremely hard to find anyone who would say a bad word about Quigley.

As the profile of the man emerged, it became clear he was well-respected as an intelligent and capable leader, a man who stayed true to his Australian roots yet had emerged on the global stage. It was perhaps also true that Quigley was disappointed not to have risen to the chief executive role at Alcatel-Lucent — yet he appeared to have bourne that disappointment humbly, and has been content to work in lesser roles.

Quigley is also a survivor of life-threatening illnesses which many in similar positions would have succumbed to — as well as a family man and a loyal supporter of other Australians in Alcatel-Lucent when he was there.

Now, since Quigley has taken the reins of NBN Co, this trend has not changed.

In the many times I have seen the executive in action — whether it be at a press conference or doorstop interview, watching him being questioned in Senate Committees, or even in televised interviews or live speeches, I have never seen Quigley lie; I have never seen him tell half-truths in order to placate his audience, and I have certainly never seen him evade a question.

There have been times when he could not give his audience satisfaction in his answers; for example, when he was precluded from doing so by tendering regulations, privacy legislation or even the necessity of not slandering important NBN stakeholders such as ministers, customers and regulators. On these occasions he has explained clearly why he could not disclose all of the information that he might like to. It’s called ‘professionalism’.

Overall, Quigley has been nothing less than honest and straightforward in all of his public dealings — more so than almost any other high-profile executive, politician or bureaucrat in my experience, with the exception of a handful — Defence chief information officer Greg Farr being one notable example of a similar man of impeccable character.

With all this in mind, what are we to make of the constant and incessant attacks on Quigley’s character?

We should publicly label them as vile treachery being perpetuated on an honourable man.

We should publicly label them as the abandonment of any pretense of civilised debate over the NBN policy by those who have tried desperately but have failed to oppose the NBN on reasonable, honourable grounds (of which there are still many) and are now resorting to last gasp dirty tricks.

We should label them as the hallmark of those who have abandoned their own honour in our cynical society and seek to bring down all those around them who will not abandon theirs.

It is completely legitimate to debate the merits of the NBN policy; like many others, I myself have been a long-term critic of the project, particularly its economic model. But it is not legitimate to link an innocent man with bribery and corruption charges simply to serve those ends. As Australians, we should be ashamed to do so, and we should not tolerate the vilification and defamation of an honourable man in this fashion.