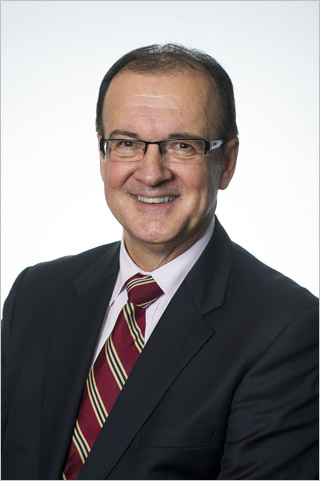 news NBN Co executive chairman has confirmed the Coalition’s Broadband Network model will see a Fibre to the Node deployment through at least part of Tasmania, in a move that the Opposition has branded as yet another example of “Liberal lies”.

Many Tasmanians believe the Coalition, specifically Communications Minister Malcolm Turnbull, committed the Coalition’s Broadband Network rollout (CBN) in the state to a full Fibre to the Premises deployment during last year’s Federal Election campaign. However, in fact, Turnbull never explicitly made such a promise; stating only that a Coalition Government would honour construction contracts signed by NBN Co. Some Tasmanians took this statement to mean that the Coalition would commit to a full rollout of Fibre to the Premises broadband in the state. However, Turnbull never committed to such a promise; and such contracts are known to be able to be modified.

Speaking on ABC Radio in Tasmania this morning, Ziggy Switkowski confirmed Fibre to the Node would be used in Tasmania. “Obviously in the previous model, the infrastructure was going to be an all fibre infrastructure,” he said. “Post the election and post the strategic review, we’ve now agreed on a multi-technology model where we’ll seek to use a existing copper network where we can.”

The move should not come as a surprise to Tasmanians, given that Switkowski’s comments represent the consistent line which the Coalition has taken on the issue.

However, the Opposition immediately leapt to the attack, with Shadow Communications Minister Jason Clare and Shadow Minister for Regional Development Julie Collins issuing a statement damning the Coalition over the issue.

“Tasmanians are the latest to be deceived by a broken promise from the Liberal Party,” the two Labor MPs said. “Before the election Malcolm Turnbull said a Liberal Government would honour existing contracts to roll Fibre-to-the-Premises broadband out right across Tasmania. These contracts are to build a fibre-to-the-premises network.”

“Today, NBN Co boss Ziggy Switkowski has confirmed this promise will be broken. He told ABC radio this morning that parts of Tasmania will in fact get the Liberal’s second rate broadband model and not Labor’s super-fast National Broadband Network.”

“Tasmanians went to the polls in September last year thinking that regardless of the election result, all homes and businesses in the state would get superfast fibre-to-the-premises broadband and not a second rate copper network. That has now been shattered by this broken promise.”

Clare added: “Before the election Malcolm Turnbull promised to honour existing contracts. He has broken that promise. “This is an issue of trust. The Liberal party has lied to the Australian people again and it shows you can’t believe anything they say,” Clare said.

And Collins said: “The truth is finally out there and the truth is that Tony Abbott has pulled the plug on Tasmania. The superfast broadband that Tasmanians expect, need and deserve is now a shattered dream.”

Labor Tasmanian Premier Lara Giddings has previously accused the Coalition Federal Government of having “conned the Tasmanian public” with respect to its plans for the Coalition’s Broadband Network project in the state, having failed to commit to a full Fibre to the Premises rollout despite the State Government’s willingness to work with Canberra on the issue.