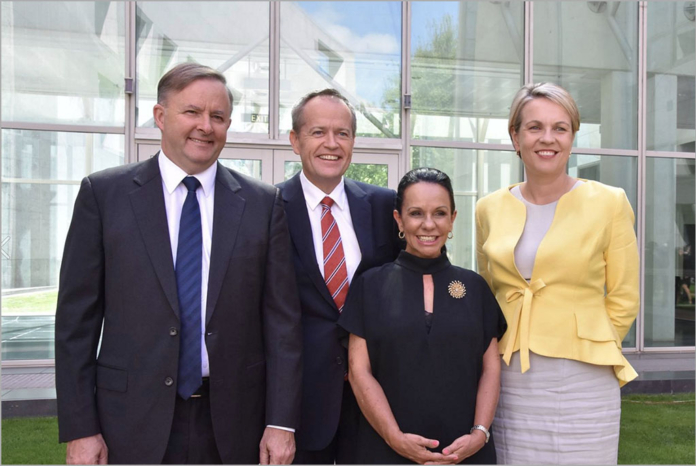 news Deputy Opposition Leader Tanya Plibersek this week said she had seen “incredible” interest in the National Broadband Network issue as she travelled around Australia on the election campaign trail, delivering Labor’s message that Malcolm Turnbull had “dropped the ball” on the project.

Labor’s original model for the NBN involved deploying a near-universal Fibre network all the way to Australian homes and business premises, offering up to 1Gbps speeds. However, citing cost and speed of deployment concerns, the Abbott and Turnbull administrations have substantially modified this model since taking power in 2013, integrating the legacy copper and HFC cable networks owned by Telstra and Optus, in a so-called ‘Multi-Technology Mix’ model.

On ABC radio in Brisbane on Monday, Plibersek was asked about the issue by a local resident who said they couldn’t get Netflix or work from home remotely because they couldn’t get reliable broadband to their house.

In response, Plibersek said it was “It’s incredible how many people have raised this with me as I’ve been travelling around the country during this campaign.”

The Deputy Labor Leader laid current problems with broadband coverage at the door of Prime Minister Malcolm Turnbull, who had been Communications Minister for the first two years of the Abbott administration.

Turnbull, Plibersek said, “promised that the whole of Australia would be linked up to high speed broadband – his NBN, by the end of 2016”. However, she added, there were currently “whole huge parts of Australia that aren’t anywhere near being hooked up even to the second rate NBN that he’s now landed on.”

At a separate doorstop in Strathpine north of Brisbane, on that same day, Plibersek made similar comments, describing the NBN as the largest piece of critical infrastructure that Australia needed for the future.

“… we know that this community is missing out on a first rate NBN,” the Deputy Labor Leader told reporters.

“Malcolm Turnbull promised that his NBN would be cheaper, faster, delivered sooner. In fact, it has turned out to be more expensive, slower and delivered late. The NBN is the most critical infrastructure of the future. It’s the sort of infrastructure that allows people to grasp economic opportunities well beyond the community they live in and Malcolm Turnbull has completely dropped the ball on it.”

“Malcolm Turnbull is very blah blah blah on innovation but so far he’s cutting funding for education and you can’t have innovation without education. He’s dropped the ball on the NBN which is the most critical piece of infrastructure to support innovation.”

On both occasions, Plibersek was asked what Labor would do to rectify the situation.

“More fibre would be better,” the Member for Sydney told ABC radio.

“Malcolm Turnbull promised that his NBN would be cheaper, delivered sooner and faster speeds. In fact, we’ve found out that it’s more expensive, it’s a slower connection and it’s going to be much longer to be delivered than he promised.”

And on the occasion of her doorstop interview: “We’ll be making more detailed announcements about our NBN over coming weeks, but I can tell you this – an NBN under Labor will have more fibre than Malcolm Turnbull’s slow, second-rate, expensive NBN.”

The news comes as both sides of politics have been active on the NBN issue during the election campaign.

Although it has not yet announced its new NBN policy, it is not expected that Labor would return to its original Fibre to the Premises model if it wins the election. Instead, the party is expected to announce it will support a FTTdp model in which Fibre is extended to customers’ driveways but not their actual premises, as well as maintaining the existing HFC cable extension plans.

This model promises to deliver most of the cost benefits of the Coalition’s MTM model, while also delivering significantly enhanced speeds. However, it will also leave those on HFC cable with questions about long-term upgrades.

However, both the Coalition and conservative media outlets such as The Australian newspaper have launched pre-emptive attacks on the FTTdp model which Labor is believed to favour, leading to speculation that the Coalition will not modify its existing MTM NBN policy for the election.

Labor spent 18 months from November 2007 pursuing a FTTN NBN policy — exactly the kind of ‘copper’-based policy that Plibersek slammed this week — and getting nowhere, before finally settling on its FTTP NBN policy in April 2009. Labor had six years to deliver Australia better broadband coverage. It made a great deal of progress on this issue, but also could have done a much better job than it did.

For its own part, the Coalition did almost nothing on this issue during the decade-long Howard Government, so it, too, can share a great part of this responsibility. And of course, Turnbull personally has done much to tear down the NBN since 2013, although it must be said that under the Coalition (due largely to the extensive setup period under Labor), the NBN company has delivered quite a lot of FTTP infrastructure around Australia.

However, ultimately I agree with Plibersek’s overall criticism of the Coalition here. It is true that Turnbull has not been able to deliver on the NBN policy he took to the 2013 Federal Election, and that Labor’s current NBN policy is substantially technically superior than the Coalition’s MTM model. That much should be obvious to anyone.

It’s also good to see this issue getting headspace amongst the top political leaders. One suspects the NBN will only continue to grow as an election issue over the next six weeks until polling day.