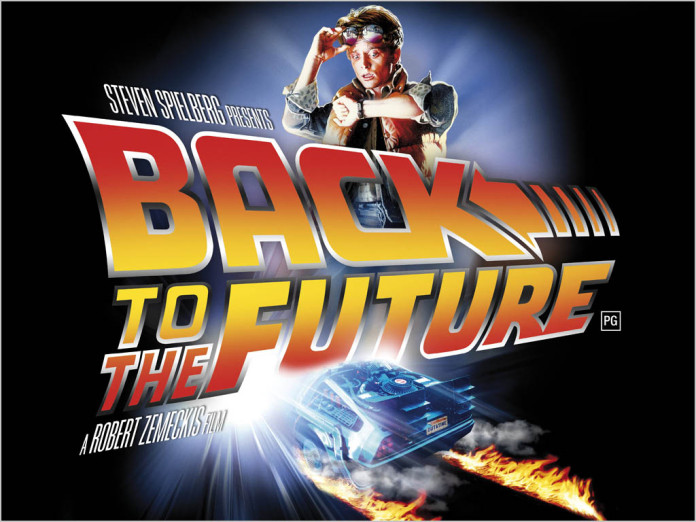 news The NBN company’s new three-year rollout plan has revealed the company plans to overbuild TransACT’s long-established Fibre to the Node and HFC cable networks in Canberra, Mildura and Geelong with more Fibre to the Node cables, in a decision which appears to make no technical or commercial sense.

However, analysis conducted by Delimiter has revealed that the company plans to substantially overbuild a number of areas already well-served by precisely the kind of broadband infrastructure it is deploying.

For example, in the north side of inner Canberra, the NBN company plans to deploy Fibre to the Node to a number of suburbs such as Acton, Ainslie, Braddon, Campbell, Dickson, Downer, Hackett, Lyneham, O’Connor, Reid, Turner and Watson. Virtually all of those suburbs are already covered by the Fibre to the Node network owned by TransACT, a subsidiary of TPG. You can see TransACT’s network map in this PDF.

The TransACT FTTN network in Canberra already supports the VDSL2 broadband standard, which offers speeds up to 80Mbps down and 20Mbps up.

The NBN company is also planning to deploy FTTN throughout Canberra’s south, again, to several dozen suburbs which already have TransACT’s FTTN network active in those areas.

The NBN company has already purchased TransACT’s limited Fibre to the Premises network in Canberra, which only covered a small number of suburbs. In May 2014 the company said it was open to buying TransACT’s much larger FTTN network, which covers most of Canberra. However, the NBN company appears to have now decided to deploy its own infrastructure in direct competition with TransACT, instead of utilising the company’s existing infrastructure.

The result will be that Canberra will end up with two competing Fibre to the Node networks — one owned by the Federal Government, and one not. It is believed that the Canberra TransACT FTTN network is already open access on a wholesale basis to other ISPs, as the NBN network is. This means it is not clear what advantages the NBN FTTN network will bring residents in those areas of Canberra.

This situation mirrors the farcical situation throughout the late 1990’s where Telstra (owned by the Federal Government at that time) HFC cable trucks followed Optus HFC cable trucks down streets in Australia’s capital cities, as the Government (Telstra) precisely duplicated next-generation telecommunications infrastructure which the private sector (Optus) was rolling out.

The net result was that Optus ceased deploying its own HFC cable infrastructure or upgrading the network as it could not compete with the funding levels of the Government-backed Telstra juggernaut.

TransACT’s HFC cable network in Mildura, Ballarat and Geelong was deployed by Neighbourhood Cable in the 1990’s and early 2000’s.

An even more ridiculous situation exists in Ballarat, where the NBN company has already comprehensively overbuilt the existing TransACT HFC cable infrastructure with an early Fibre to the Premises deployment.

In 2012, this led TransACT chief executve Ivan Slavich to slam the company for unnecessarily overbuilding high-speed broadband infrastructure. “While we welcome the NBN and acknowledge the need for affordable, ubiquitous broadband to regional communities, we are unsure why NBN Co has chosen to prioritise and roll out to areas that are already served by superfast networks,” he said at the time.

In 2012, Nationals MP Luke Hartsuyker agreed with Slavich and iiNet chief executive Michael Malone (iiNet, now part of the TPG group, bought TransACT), saying the NBN was needlessly duplicating high-speed internet services in Ballarat and Geelong while other regional communities would wait up to a decade for improved broadband services.

Nonsensically, there are a number of areas in all four cities — such as the suburb of Cook in Canberra — which do not have access to high-speed services through TransACT. However, the NBN company appears to have completely ignored many such suburbs, preferring instead to focus on overbuilding TransACT’s existing network.

The massive overbuilding effort is mirrored in a number of metropolitan areas, where private sector telcos such as OPENetworks have complained that the NBN company is deploying its own fibre solutions in direct competition with their existing, fibre-based networks, which are already open to wholesale access for retail telcos.

In one example, the NBN company is deploying its own competitive infrastructure to a housing estate in Sydney which Malcolm Turnbull specifically used during the 2013 Federal Election to highlight the strengths of his chosen Fibre to the Node technology — because OPENetworks had deployed a Fibre to the Node solution in the area.

In another example, iTnews news editor Allie Coyne has detailed a case where TPG, the NBN company and OPENetworks all have fibre infrastructure in the Sydney apartment block she lives in — with the NBN company appearing to prioritise that block over other locations which don’t have high-speed broadband services at all.

Yesterday Delimiter asked the NBN company to comment on why it was overbuilding TransACT’s existing high-speed broadband networks, instead of seeking to acquire and integrate them, as it has done with other network infrastructure. The company issued the following statement:

“The numbers in the latest rollout plan for Geelong, Mildura and Canberra do not reflect the entire premises count for these cities. NBN is using existing infrastructure where possible and where it makes sense to do so. There are a variety of existing networks around Australia, but not all of them make commercial or technical sense to integrate into the NBN network.”

“NBN has headline deals in place with Telstra and Optus, of course, but in other areas the company will continue to discuss options with infrastructure owners.”

opinion/analysis
What an absolute fucking joke.

I live in a suburb of Canberra which already has high-speed broadband services via TransACT FTTN. I am personally getting a 65Mbps broadband connection right now. This is the fortunate situation which huge numbers of people who live in a house in inner Canberra are lucky enough to find themselves in, because of the existing FTTN network which TransACT deployed many years ago. It performs very well — much better than the ADSL broadband most Australians in other cities have access to, if not as well as FTTP would.

However, the NBN company is planning to overbuild my suburb with FTTN. This will mean that over the next few years, I will have access to two FTTN networks to my house. That’s nice, but I don’t really care — it’s not like I am lacking for broadband right now, and there is no real reason for me to spend a month changing to a different FTTN network. Why would I bother, if the services and prices are roughly equivalent? And both networks are open access, so I have a choice of ISPs.

Meanwhile, I was told today about a resident of the ACT suburb of Cook — just a couple of suburbs away from where I live. This suburb does not have TransACT FTTN and is not even on the NBN company’s rollout map. This resident’s father is getting broadband speeds of 300kbps. He has no idea when this will change. The only way he is likely to improve this situation over the next three years is to use 4G mobile broadband (with tiny download limits) or just move a kilometre away to the neighbouring suburb.

The NBN company completely overbuilt the 100Mbps HFC cable network in Ballarat. It is now conducting overbuilding exercises relating to other cities throughout Victoria and in Canberra. It is also overbuilding FTTB and FTTN infrastructure in apartment blocks throughout Sydney and Melbourne.

In response, can I just say this very loud and very clear: What the actual fuck is the NBN company thinking?

Why the bloody hell is it overbuilding areas where high-speed broadband already exists? Why isn’t it focusing instead on area which are poorly served by broadband? Why is a Government-owned company trying so desperately to compete with successful private sector businesses? TransACT is one of the very few broadband companies in Australia to have deployed its own last-mile broadband infrastructure. Why is the Government trying to kill it off?

I’ve seen a lot of crazy things in my past decade as a technology journalist in Australia, and even more in my time as a political advisor. But this has to be one of the most nutbag things ever. The NBN company needs to get a team of psychologists into its planning department as soon as possible. Because what the company is doing right now is absolute insane nonsense.

One caveat is that it is entirely possible that TPG — which now owns TransACT — is unwilling to sell its FTTN/HFC cable networks to the NBN company. This is completely understandable as a commercial decision. However, the NBN company should still be targeting underserved areas first.

Read my lips, NBN Co: You are owned by the Government. You should be focusing on broadband blackspots first and not deploying high-speed broadband to wealthy inner city white collar residents who already have all the bandwidth they can use. To do anything else is to further entrench the digital divide that is already keeping so many Australians in the Internet dark ages.

At the very, very least, if the NBN company did want to overbuild TransACT’s FTTN and HFC cable networks, it should be doing so with a technology better than what customers already have had access to for much of the past decade — perhaps FTTP, instead of FTTN or HFC cable. That might actually make more sense. You know — upgrading, not duplicating.

And one last thing … what the hell is happening with South Brisbane, the suburb where Telstra has already deployed FTTP? The NBN company and Telstra have been in negotiations now for many years about the NBN company buying the FTTP infrastructure. Yet that seems to have gone absolutely nowhere at all. Is the NBN company planning to overbuild South Brisbane’s FTTP with its own FTTP as well? Nothing would surprise me at this point. Nothing at all.