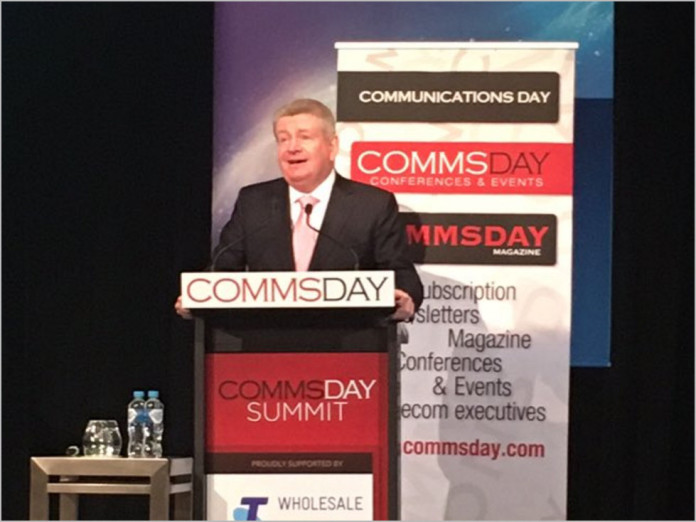 The ‘State of the Internet’ report is produced by online content delivery specialist Akamai Technologies every quarter. It is regarded as one of the benchmark standards by which countries and organisations measure broadband speeds globally.

In the company’s latest report — measuring broadband speeds over the past three months, Akamai noted that Australia had slipped down 14 spots on the global table in that quarter in terms of average broadband connection speeds, as well as on a range of other measurements.

This places the nation behind a number of other competing countries in the Asia-Pacific region — not only behind fibre-rich countries such as South Korea, Hong Kong and Japan, but also behind financial and trading hub Singapore, as well as Taiwan, Thailand and New Zealand. Australia is now fast approaching less-developed countries such as Sri Lanka, Vietnam and the Philippines.

Labor said the slide in broadband rankings showed the Coalition’s technically inferior MTM approach to the NBN was failing the country, but in a major speech at a Communications Day conference this morning, Minister Fifield said it showed the opposite.

“Despite the hyperbole, the Akamai Report is actually the clearest evidence yet that our ‘lowest-cost, fastest rollout’ approach is the right one,” said Fifield.

Fifield said that despite being six years into the Fibre to the Premises model chosen for the NBN (with more than 700,000 FTTP services on the NBN in operation), the Akamai report shows that Australia’s average and peak speeds placed the country down the table of leading broadband countries.

Fifield added that peak speed rankings could be an “unreliable” indicator of broadband utilisation.

For example, he said, while Singapore had the number one peak speed ranking in Akamai’s report, at 135.7Mbps, it only came in 16th globally for average speeds at 13.9Mbps. “That’s only 5.7 Mbps faster than the average broadband speed in Australia today,” he said.

Consequently, Fifield said, the Akamai report demonstrated that when it comes to Australia moving up the broadband rankings, the speed that matters most is the speed of the NBN rollout — not what specifically technology it uses.

opinion/analysis
I believe there are some logical inconsistencies in Fifield’s argument here.

Sure, the Minister is correct in his statement that Australia will get faster average broadband speeds quicker if the MTM model for the NBN is deployed, rather than the original FTTP model for the NBN.

This would mean that average broadband speeds in Australia would increase at the same pace or faster than the rest of the world, meaning that we would maintain our position in Akamai’s tables, or even move upwards.

However, it’s also true that FTTN and HFC cable have ceilings as technologies. They are fundamentally limited in terms of speeds (especially upload speeds) where FTTP is not.

When this happens, those countries that have deployed large FTTP networks will have a natural advantage in terms of rankings such as the Akamai tables. They will not need to deploy new infrastructure for users to access higher speeds.

Fifield’s argument shows, again, the short-sightedness of the Coalition’s MTM vision for the NBN. Pretty much every expert commentator on the NBN — including NBN company executives — agrees that the MTM model will need upgrading almost as soon as it is finished being deployed.

Australia is not dealing with a level playing field here when it comes to other countries’ broadband infrastructure. We are already behind, and the only way we can catch up over the long term is to deploy universal FTTP. That much is clear, and all of the Minister’s complex arguments about faster rollouts in the short-term will not change that fact.

You don’t spend $50 billion on a National Broadband Network if all you’re trying to do is move up the broadband rankings over the next 5-10 years. This is a once a century investment.