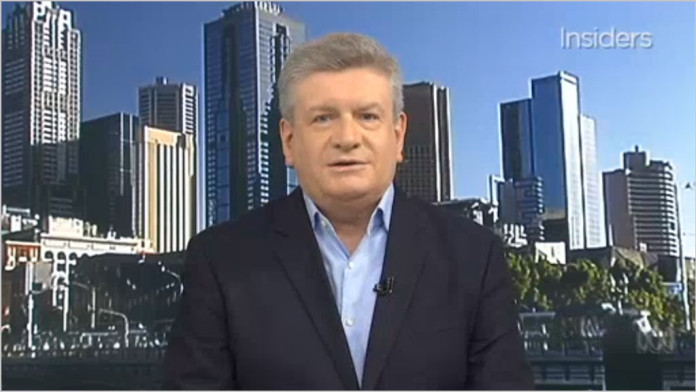 news The ABC’s political flagship Insiders failed to ask Communications Minister Mitch Fifield a single question about the National Broadband Network in an extensive interview yesterday, despite several damaging leaks regarding the project which dominated parliamentary debate over the past week.

Over the past week, the rationale for the Coalition’s controversial Multi-Technology Mix approach to the National Broadband Network has suffered a series of heavy blows, due to two significant leaks of internal documentation from the NBN company.

The first document — published on Monday last week — showed that the rollout of the Fibre to the Node technology instigated in the NBN by the Coalition was significantly delayed and suffering from many issues. A second leak later in the week showed that the NBN company had carried out a trial of a new rollout model which could bring the cost of Labor’s original FTTP model close to the FTTN price.

Both were major issues debated in Federal Parliament last week, with several days of debate covering the documents as well as NBN-related legislation. The Coalition was forced to significantly modify a NBN-related bill due to significant objections to segments of it from the telco sector and other parties.

The NBN is by far the largest current issue in Senator Fifield’s portfolio of Communications and the Arts, and is Australia’s largest ever infrastructure project.

However, Insiders host Barrie Cassidy completely ignored all of the issues in an extensive 10 minute interview with Fifield broadcast on Sunday morning.

Instead, Cassidy chose to question Fifield about Tony Abbott, the upcoming Federal Election, media reform and the passage of sensitive union-related bills through the Senate.

Cassidy has already faced criticism about not questioning Fifield about the issue online. “For those concerned no questions on SMH NBN leak both PM and Minister already given detailed responses easily accessed online,” he responded on Twitter.

The tweet received a strong degree of criticism from Cassidy’s online followers.

“Which year is the collective hive mind of the [press] gallery finally going to acknowledge they stuffed up big time on NBN?” wrote one commenter. “So if Government puts out a statement the media shouldn’t ask about it? Shamefully inconsistent standard, Barrie,” wrote another.

A search of the ABC’s website revealed that the ABC barely covered the series of leaks and legislative action over the past week with relation to the NBN, despite the fact that the topic dominated Federal Parliament.

The only major article which the broadcaster appeared to have published on the topic of the NBN over the past week was an opinionated piece by independent journalist Paddy Manning on the website of The Drum. Manning is not an employee of the ABC.

The ABC’s AM program did conduct an interview with the NBN company’s chief financial officer Stephen Rue — who was previously the CFO of News Limited — in which Rue denied there were any problems with the NBN rollout. It was entitled “NBN Co denies rollout is in crisis”. A second relatively brief piece ran on the ABC’s The World Today radio program, again quoting Rue denying problems, and the NBN was very briefly mentioned in a third segment on ABC Radio’s PM program.

With the exception of Manning’s piece, none of the other articles went into significant detail with regard to either the NBN leaks or the legislative debate last week.

Neither of the ABC’s flagship current affairs programs – -7:30 or Lateline — covered the NBN issues, despite them dominating parliamentary proceedings last week.

Manning has previously investigated the NBN and published material regarding Malcolm Turnbull’s time as Shadow- and then Communications Minister, through the ABC’s Background Briefing program.

The news comes as the broadcaster has recently suffered sustained criticism regarding its coverage of the National Broadband Network.

Image credit: ABC Insiders, believed to be OK to use under Fair Dealing provisions