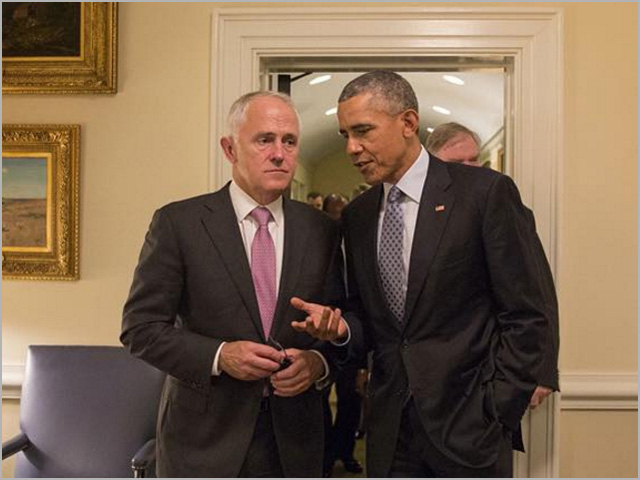 news Labor and Greens politicians have this week labelled Malcolm Turnbull a hypocrite for pushing Australia’s innovation credentials in the United States while simultaneously having “trashed” the National Broadband Network, as debate grows about the infrastructure’s significant to the Prime Minister’s innovation vision.

This week Turnbull held meetings with US President Barack Obama and senior members of Congress in Washington, as well as speaking directly to US presidential candidates such as the Democrats’ Hilary Clinton.

At several junctures, the Prime Minister used the meetings to highlight the focus on innovation policy that he has brought to the Federal Government since taking the top job from his predecessor Tony Abbott late in 2015.

Obama said, in a joint press conference with Turnbull: “I know that the Prime Minister has an agenda to spur additional innovation and investment in science and technology in Australia, which in this economy is going to be vital for any economy to succeed.  So I’ll be interested to hear his plans, and maybe offer my thoughts about the work that we’re doing to continue to make sure that our economy is a dynamic, knowledge-based economy.”

And speaking to a breakfast event held by the US Chamber of Commerce, Turnbull said:

“We need to be more innovative at every level. We need to do more coding, more science in schools, we need to get our universities collaborating more with industry. We need to collaborate across borders and we will be announcing our further collaboration between our peak health research institutes between America and Australia in the course of the day today.”

“Right across the board, innovation is the key to our success, and to your success. It is the key to America’s success. And that is why when we come to America, and I felt like this 41 years ago, and I still feel like that today, I’m always energized by the enthusiasm of this country – by a new world constantly reimagined by entrepreneurship, and innovation.”

However, the Prime Minister’s comments did not find as firm a welcome back home in Australia as they might have in the US.

On Twitter last night, former Treasurer and Labor MP Wayne Swan — one of the inner group of Ministers who signed off on Labor’s National Broadband Network vision — expressed his disgust with Turnbull.

“Unbelievable watching Turnbull promote innovation in the US after he trashed the NBN,” wrote Swan.

The NBN has been something of an eyesore for Turnbull since the Prime Minister released his flagship Innovation and Science Agenda in December last year.

The document — which covers several dozen detailed policy initiatives — was hailed as a much-awaited landmark win for Australia’s technology sector, as well as innovation and entrepreneurship policy in general in this country.

However, the policy barely mentions the NBN, and Turnbull also faced questions at the policy launch event pertaining to the controversial Multi-Technology Mix model for the National Broadband Network which he instituted as Communications Minister. The model is significantly technically weaker than the near-universal fibre model which Labor originally instigated for the NBN.