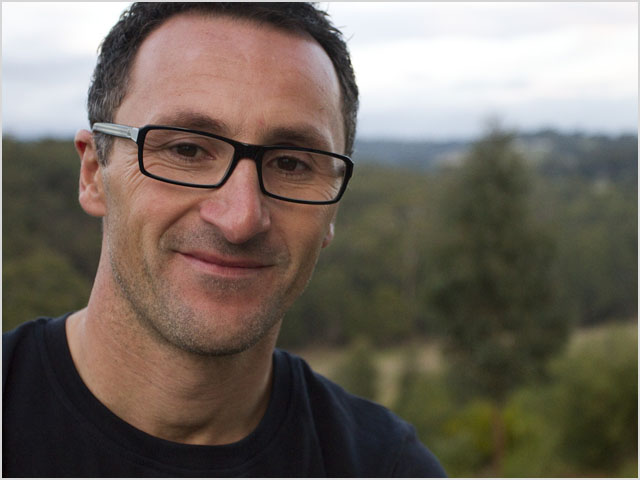 news New Greens Leader Richard Di Natale has confirmed he will stand firm behind the original universal Fibre to the Premises version of the National Broadband Network, rejecting what he said was the “half-measures” being implemented by the Coalition Federal Government.

The Greens’ official policy on communications is enshrined in its ‘Media and Communications’ policy document, which was compiled and agreed upon by the various state-based Greens parties and the Federal Greens MPs. The policy does not currently state that the party supports the original FTTP model for the NBN, noting only that the Greens want “Affordable and reliable high speed internet connections available for all Australians.”

However, the party has been supportive of Labor’s FTTP version of the NBN in the past, and publishes a NBN information page stating: “The Australian Greens support the building of a Fibre to the Home National Broadband Network because we know the NBN will create enormous opportunities for Australia’s future.”

Asked about the issue in a Reddit AMA last week, Senator Di Natale — who took over from his predecessor Senator Christine Milne in early May this year — said on his farm in the Otways region of Victoria, he had to make do with “slow 3G wireless Internet”, so he felt the “pain of the everyone in this country who struggles to stream Netflix comfortably.”

“The Greens have always been big supporters of the NBN, and that means Fibre to the Home, no half-measures,” he added. “We should be talking about the industries of the 21st century and what jobs in Australia will be like in 10 or 20 years. I can tell you they will all need world-class communications infrastructure.”

In response to a separate question, Senator Di Natale noted: “We’re strong supporters of a real NBN – not the half-backed approach of Tony Abbott.”

It’s not the first time the new Greens Leader has commented on the NBN since taking the party’s leadership. In a Facebook Q+A several months ago, the Senator was also asked about the NBN. In response, he joked “we——su——pp *buffering* ———ort an NBN for Australia,” appearing to refer to the common complaints about the poor broadband speeds suffered by many Australians.

Jacobs was appointed shortly after Senator Di Natale’s leadership ascension to take the position of Director of Policy and Strategy — a role in which he will be the lead staff member on policy and strategy matters for the Federal Greens MPs. Jacobs formerly worked for Senator Di Natale from July 2011 through July 2014, but is better known to the technology community for his role for five years from November 2007 on the board of Electronic Frontiers Australia.

In this position, Jacobs was one of the lead voices on national technology policy on controversial issues such as Labor’s former mandatory Internet filtering policy. He has also worked extensively in the local technology sector.

However, in last week’s Reddit AMA, Senator Di Natale was less strong on wider issues relating to the technology sector. One poster, noting they were a school student, wrote:

“For years Australia has relied on the mining sector to prop up economic growth, but as commodity prices fall and growth in that sector weakens, we should be looking to non mining sector to maintain sustainable growth. Considering the direction in which the world is heading, a strong technology industry seems a fairly appropriate way to balance this, but after the removal of the FTTP NBN and the impending TPP negotiations close to being signed, it seems that there is a basic disconnect between politicians and technology.”

“Whilst the media continue to underreport such issues, I fear that in order to pursue a career I truly enjoy, I would have to look to a job where the technology sector was healthy, and ideally where the TPP was not choking entrepreneurship. What would the Greens party under your leadership do to improve the technology industry, particularly in regards to the NBN, TPP and general economic assistance?”

Senator Di Natale did directly answer the poster’s questions about the NBN and TPP, but not with relation to the wider question of bolstering Australia’s technology sector. In a separate question, the Senator — a medical doctor before entering politics — did note that it was important Australians left school with “scientific literacy”.

opinion/analysis
When it comes to Australia’s technology sector, the Greens are emerging as a slightly mixed bag at the moment.

Senator Di Natale’s comments confirm — as expected — that there is still high-level support within the Greens for a FTTP NBN rollout. With Labor wavering a little in this area and considering a “two-step” process to deploying the NBN that may see it support the Coalition’s Multi-Technology Mix to some extent, at least in the short- to medium-term, this may give the Greens a political edge over Labor when it comes to the NBN.

In addition, obviously the Greens’ leading position on electronic surveillance and data retention has allowed them to garner significant support from many in the technology sector. Senator Scott Ludlam has serious credentials in this area.

However, Labor is starting to raise its voice with respect about the Government’s latest telco national security reforms, an issue on which the Greens have recently been relatively quiet.

Then too, at the moment Labor is also opening a significant gap between it and the other major parties at the moment when it comes to engaging with Australia’s early stage technology sector. The Greens have always had a slightly uneasy relationship with the private sector (especially the entrepreneurial and venture capital areas), and are being left behind in this area a little at the moment as Labor MPs such as Ed Husic and Jason Clare attend event after event hosted by hot tech startups, incubators and accelerators. The Coalition is also wooing this area of the economy at the moment — and Prime Minister Tony Abbott has even been personally involved.

The Coalition Government also recently passed the Tax and Superannuation Laws Amendment (Employee Share Schemes) Bill 2015. This is legislation the tech startup sector has been demanding for years, and which did much to shore up the startup sector’s view of the Government.

If they want to cement their tech credentials, the Greens could do more right now to match the ‘Labor for Innovation’ group set up by Husic, Clare and others. Senator Ludlam’s video game development industry inquiry should help here. Greens Senator Peter Whish-Wilson — an economist and former investment banker — might also make a good emissary to the tech sector in this regard, as might Senator Di Natale’s policy director Colin Jacobs.