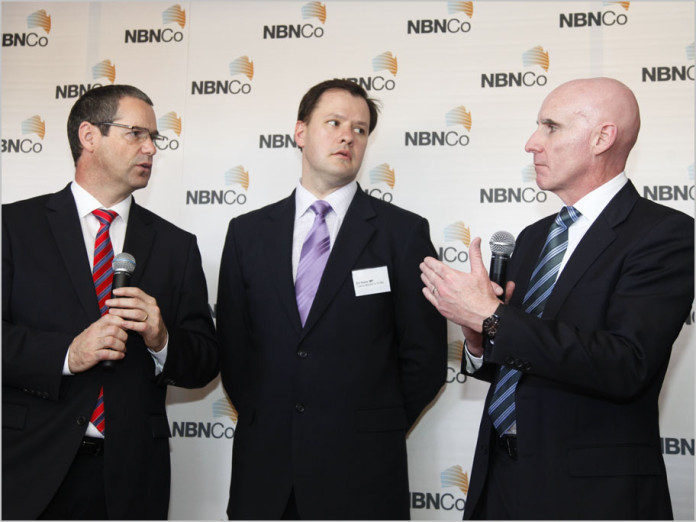 news The former chief executive of the NBN company has released an extraordinarily detailed and highly referenced document analysing the company’s costs, to back his claim that the up-to-$15 billion blowout in the cost of the NBN was due to the Multi-Technology Mix imposed by Malcolm Turnbull.

In August this year, the NBN company revealed the project’s funding requirement had blown out by between $5 billion and $15 billion compared with the Strategic Review conducted by NBN Co executives in late 2013 after Malcolm Turnbull became Communications Minister.

In August, Turnbull stated that the new cost estimates — including the multi-billion-dollar funding blowout — were based on the fact that the NBN company now knew more about deploying high-speed broadband than “anyone else” in Australia. “All of that information and experience,” the Minister said, had led to its revised funding estimates.

Turnbull accused the previous management of the company — led by chief executive Mike Quigley — as being incompetent when it came to its financial modelling.

However, in an interview with the ABC’s Background Briefing program this week, Quigley stated that the cost blowout was in fact due to the Multi-Technology Mix imposed on the NBN by Turnbull. This model reuses the ageing copper and HFC cable networks owned by Telstra and Optus and is technically inferior to the original near universal Fibre to the Premises (FTTP) model instituted by Labor.

Following the release of the ABC program, Quigley also released an extraordinarily detailed document detailing the financial basis on which he had made the claim. The document can be downloaded online here in PDF format.

The document starts by examining the five major cost elements of the NBN that are common to Labor’s original version of the NBN and the Coalition’s revised plan.

In each of these elements — FTTP brownfields and greenfields, fixed wireless, satellite and the transit network required to connect cities and regions — Quigley compared the NBN company’s original costings during his tenure at the company to costings contained in the two major documents released under the company’s Coalition management — the November 2013 Strategic Review and the August 2015 Corporate Plan.

In each of these cases, using the raw figures, Quigley found that the NBN company’s estimates had not varied significantly over the past few years, meaning that costs in these areas would not account for the up to $15 billion blowout disclosed in August.

The cost regarding the NBN company’s FTTP rollout in brownfield areas (areas where there is already competitive infrastructure such as copper networks) is the main point of contention between the Coalition and Labor, as it would make up most of the cost of Labor’s version of the NBN.

In his analysis, Quigley found that this cost was actually planned to be lower on a cost per premises basis in the 2015 Corporate Plan than the 2013 Strategic Revew.

“The team of consultants and management put in place following the September 2013 election were solely responsible for the assumptions in the December 2013 Strategic Review. The assumptions that relate to the ‘legacy’ parts of the NBN inherited from the Labour Government (FTTP Brownfields, FTTP Greenfields, Fixed Wireless, Satellite and FTTP Transit) appear to be largely consistent with, and in some cases below, the assumptions in the Corporate Plan, June 2013. And well below those in the Strategic Review,” the executive concluded.

“On balance, they would have resulted in a lower funding requirement than assumed in the Strategic Review – notably because of apparent reductions in FTTP Greenfields, Fixed Wireless and Satellite spend.”

Quigley also addressed other elements of the NBN company’s financial assumptions in his document, such as its revenue projections for the FTTP infrastructure it was rolling out.

In his document, Quigley addressed all three of these arguments, giving evidence to show that each assumption was “wrong”, as well as giving examples to show that the trend amongst telecommunications companies globally was towards FTTP, not FTTN or HFC.

“Telcos around the world are recognising that FTTP is the most cost-effective way to provide the broadband infrastructure that is needed to stay competitive into the future,” he said.

“The NBN is not – and never was – about providing enough bandwidth for people to stream Netflix at home. It is about providing the vital infrastructure that Australia needs to stay competitive in the 21st century. And that should have meant a ubiquitous FTTP network, not a mishmash of technologies using old cable, with higher operating costs.”

“It is time to stop trying to blame the previous Government and management for the problems with the costs and timing of the MTM and admit that the cost to role out HFC and FTTN and the timescale that would be needed were grossly underestimated by the Coalition. That is why we are now seeing a $15 billion increase from the Strategic Review and a $26.5 billion increase from commitment in April 2013.”

“In fact, the only thing that the past two years has demonstrated is that the only parts of the MTM that are providing services to end users of the NBN are those parts that continued the work of the previous Labor Government.”

Delimiter is currently working on a full analysis of Quigley’s document, comparing it with the NBN company’s own statements regarding the reasons behind its cost blowout, and expects to publish this on Friday 6 November.