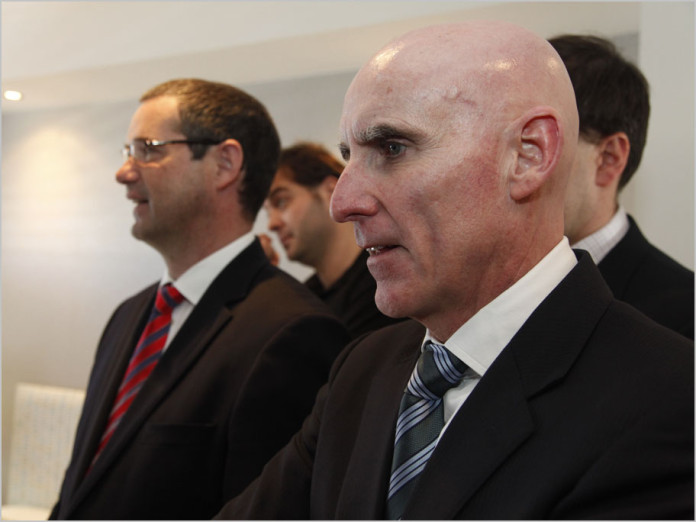 news Former NBN Co chief executive Mike Quigley has stated that the up to $15 billion blowout in the cost of the National Broadband Network was due to the Multi-Technology Mix imposed by Malcolm Turnbull, using previous comprehensive audits of the company as evidence.

In August this year, the NBN company revealed up to 550,000 less Australian premises would receive the full Fibre to the Premises rollout than had been previously been planned under the Coalition’s Multi-Technology Mix, with the project’s funding requirement also blowing out by between $5 billion and $15 billion.

The original version of the NBN as envisioned by the previous Labor Government called for 93 percent of Australia’s approximately 13 million premises to be covered by a full FTTP rollout, with the remainder to be covered by satellite and fixed wireless technology. However, as Communications Minister, Turnbull radically overhauled the plan, instead re-using the copper and HFC cable networks owned by Telstra and Optus.

In a press conference associated with the release of the new NBN corporate plan, Turnbull said the new management of the NBN company had achieved a “formidable turnaround” in the company’s fortunes, stating that its chief executive Bill Morrow and his team had “done a remarkable job in getting this project on track”.

The previous management of the NBN company (led by Quigley), Turnbull said, had “missed every single target” the company had set, and “by a very wide margin”.

However, in a new interview with the ABC published over the weekend, Quigley himself refuted Turnbull’s claim. We recommend you click here to listen to the whole Background Briefing episode on the NBN. A substantial part of its transcript is also available online.

“In fact, those costs came down between the strategic review and the latest corporate plan, which means the actual costs of the other parts, the newer MTM parts, have gone up more than $15 billion.”

The former NBN chief executive highlighted the strong scrutiny of the NBN company’s accounts as evidence for his claim that Turnbull was wrong on this matter.

“It wasn’t a complete shambles at all. We had four years of being reviewed on a very regular basis by a number of auditors, the Australian National Audit Office, PwC, you name it. Never ever did we get any significant problems,” he said.

opinion/analysis
Quigley’s comments should come as no surprise to anyone who has followed the NBN saga closely. There is no doubt that the NBN company did miss some of its targets. but there is also no doubt that in the main, it was healthily on track.

“NBN Co has, over the first few years of its life, suffered a continually changing policy and commercial negotiation landscape which has forced it to change many of its construction assumptions on an ongoing basis. And yet, despite this, it has managed to keep its overall projected capital expenditure costs within 3.9 percent of its original projection. Incredible.

… Last week, Liberal MP Paul Fletcher wrote that if NBN Co was funded by private sector investors, its chief executive Mike Quigley would “probably have been fired by now”.

But the truth is, as was also true of his tenure at his previous employer, Alcatel-Lucent, that by all indications Quigley has been managing NBN Co in an exemplary fashion. Its corporate plan shows that he’s keeping NBN Co on track despite extraordinary external pressures and a constantly shifting landscape. At the moment, the project displays all the right signs of being able to deliver on the aims it was set up for — and within its original projected financial guidance, providing the financial returns it originally envisaged.

Maybe it’s too much to expect from Australia’s media at the moment that it represents what NBN Co does accurately and in context. But for my own part, I’d like to pass on my congratulations to the company for keeping things on an even keel so far. Contrary to most media reports, NBN Co isn’t drowning — it’s waving. And I believe as its volume rollout gets into gear over the next several years, many currently critical of the project will be forced to realise just how sound its governance has been.”

Is it possible that in his interview with the ABC that Quigley put a positive spin on the NBN’s problems under his tenure? Is it possible that the full extent of the NBN company’s issues and cost blow-outs didn’t become fully apparent until several years after he had left? Yes, of course it is.

And, as with all issues, I am sure there is a degree of fuzziness about the truth here. It’s not quite black and white.

But in general, what I continue to believe about the NBN — based on all the evidence that I have seen — is that it was broadly on track to meet its goals under Quigley’s management, and that the executive did Australia a great service in competently setting up this hugely important project from scratch.

There is no doubt that Malcolm Turnbull is in an extremely powerful position now as Prime Minister. But there is also no doubt that the Member for Wentworth will not find it easy to simply brush Quigley’s comments aside.

As Quigley has shown us over the years, those with integrity often speak with a quieter voice. But people also tend to listen harder to what they do choose to say.