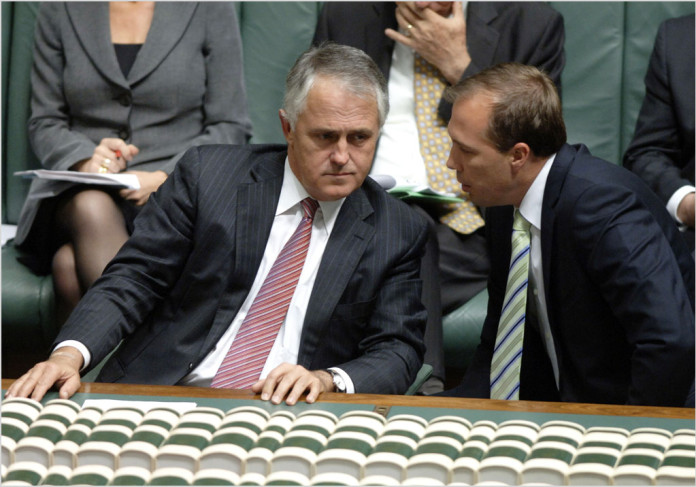 news Questions have continued to arise about whether nbn’s planned Gigabit upgrade of the HFC cable networks it is acquiring from Telstra and Optus will be able to deliver on its speed promises, with a number of telecommunications industry sources pouring cold water on the long-term capacity of the ageing networks.

The Coalition’s original revamp of Labor’s National Broadband Network planned focused on partially upgrading Telstra’s existing copper network with fibre, in a technique known as ‘Fibre to the Node’ or FTTN. However, in November 2013 the new Coalition Government confirmed that nbn would upgrade and extend the HFC cable networks currently owned by Telstra and Optus as part of its ‘Multi-Technology Mix’, instead of upgrading Telstra’s copper in the areas covered by HFC.

“The upgrade to Docsis 3.1 will be in addition to more immediate upgrades to the HFC networks which will be undertaken to increase capacity and relieve congestion ahead of the NBN selling products over the networks in 2016,” the Minister said at the time.

However, questions continue to be asked about whether gigabit speeds will truly be able to be achieved for most customers over the ageing HFC cable infrastructure.

The article, entitled “Can Cable Networks Deliver a Gigabit?” outlines substantial challenges which CCG believes telcos will face in delivering such services, with particular reference to comments made by US telco Time Warner Cable that it could deliver gigabit services to the city of Los Angeles by 2016, using existing HFC cable infrastructure.

The CCG’s Doug Dawson noted that firstly, the DOCSIS 3.1 standard was just now hitting the telecommunications market and would need to be tested in telco networks.

Secondly, he noted, to obtain Gigabit speeds, telcos would need to have “at least 20 empty channels” on their network – a tough ask, when the HFC cable networks are also carrying a number of other services such as the Foxtel pay TV platform in Australia. Implementing DOCSIS 3.1 will also require end user customers to upgrade to a new cable modem to support the standard, Dawson wrote.

In addition, the architecture of the network remains a challenge, especially the ‘node’ where the HFC cable splits off to residences in each street or locality. HFC cable remains a shared medium, meaning that the capacity in the cable running down streets will be used by all users simultaneously, unlike in copper or fibre scenarios where each customer receives their own cable.

“If a cable company wants to guarantee Gigabit speeds then they are not going to be able to have too many Gigabit customers at a given node,” wrote Dawson. “This means that as the number of gigabit customers grows they will have to ‘split’ nodes, which often means building more fiber to feed the nodes plus an electronics upgrade. In systems with large nodes this might be the most expensive part of the upgrade to gigabit. The alternative to this is to have a best-effort product that only is capable of a gigabit at 3:00 in the morning when the network has no other traffic.”

HFC cable network capacity has been a relatively constant issue in Australia, with reports of continuous slowdown around peak periods (such as when residents return from work).

Dawson added that bandwidth to each ‘node’ itself may also be an issue and may require further upgrades.

Other voices are also being raised in concern about the Gigabit plan. In Australia, local broadband and telephone services provider Engin published an article in June this year arguing that “Gigabit services of the NBN won’t translate into Gigabit Internet for consumers”.

“For cable to be able to deliver these kinds of speeds, the cable networks themselves need a major overhaul, and the technology is prone to sharp slowdowns. While it might be able to offer a Gigabit per second in optimal circumstances, in practice, if too many people on the same connected street are connecting to the Internet at the same time, speeds dive sharply. Optus, which already offers cable solutions, has received plenty of complaints from customers because of these speed drops during peak periods,” the company wrote.

“In reality, the expected download speeds that NBN customers receive will be far lower. The government’s strategic review into the NBN reported the expectation that average download speeds would be as low as “50 Mbps or greater” by 2019.”

“This speed is certainly faster than what most individuals within Australia have access to, with ADSL services typically running at below 10 Mbps. But for the kind of telecommuting, working-from-home, and small business applications that the NBN was designed to champion, the speeds being touted through this technology will not match the benefits that the initial fibre rollout had promised.”

However, nbn itself does have a strong degree of technical support on its side to assist with the upgrade. In June 2014, the company hired Canadian HFC cable expert Dennis Steiger — who has expensive experience with HFC networks in that country — as its new chief technology officer.

In addition, in February this year, nbn signed a $400 million deal with network equipment manufacturer Arris to upgrade the Telstra and Optus HFC cable networks. The company will conduct much of the upgrades mentioned by Dawson as necessary.

“One thing I would like to make crystal clear is that we are putting very considerable resources towards building a substantially upgraded HFC network for the NBN,” wrote Steiger in a blog post at the time. “The best way to describe what we are doing is that while we are re-using the valuable last-mile infrastructure on the Telstra and Optus networks we are actually putting a lot more capacity into the network and taking it to a new level.”

“The key to this will be the state-of-the-art CMTS that we will be getting from Arris that will be deployed on the network and which will act as new and much more powerful engines – kind of like upgrading from a four-cylinder to a new eight-cylinder engine.”

At the time, Steiger wrote that he was aware of the “conjecture” about different broadband technologies being considered for the NBN.

“We don’t need to get back into that debate today, but here is what I can say with a lot of confidence; HFC is a world class, competitive broadband technology solution that is being used all around the world to deliver top class broadband services to consumers and it can do the same in Australia for many years to come,” he wrote.

Internode founder Simon Hackett — who now sits on the board of nbn — has also strongly defended the ability of the HFC cable networks to service Australia’s needs into the future.

opinion/analysis
Will the HFC cable networks which nbn is acquiring from Telstra and Optus be able to deliver Gigabit speeds in future? My opinion is both yes and no.

I certainly believe Steiger and Arris when they say that DOCSIS 3.1, plus a number of upgrades in the networks, will deliver the theoretical capacity for Gigabit speeds to the HFC cable networks. Broadband providers will eventually be offering these speeds, and you will be able to sign up and get something pretty close to this level of capacity.

However, what everyone who works with telcos networks also knows very well is that these networks are not architected with the intention of offering full capacity to all users at all times.

Steiger and the rest of the team at nbn know that you will never get a situation where every household in a street is trying to download data at 1Gbps simultaneously. Some people will be pulling data down on 25Mbps plans, some at 50Mbps, some at 100Mbps, and the occasional one or two at 1Gbps, and all at different times with different amounts of data.

This means that the Gigabit HFC cable promise can be delivered without really being put to the test. Yes, the network will deliver 1Gbps. But not for everyone, and not all the time.

There is just one problem with this line of reasoning: The NBN is not a project which is being built for this decade, next decade or even the decade after. It is a project which will serve Australia’s telecommunications needs for much of the next century. The focus on using HFC cable as a replacement network technology for the technically superior FTTP standard betrays a lack of long-term vision.

In 2015 or even 2020 the number of people who want Gigabit broadband connections to their premise will be very small. But as technologies such as very high definition teleconferencing, wallscreens, 4K television and more become increasingly prevalent, which they obviously will, the numbers of people requiring higher speeds will grow and the HFC network will become further and further stretched in terms of what it can deliver. One wonders whether how well it will cope with the bandwidth requirements of 2030, 2040 or 2050.

Of course, by that stage, Malcolm Turnbull will not be Communications Minister, Steiger will likely have returned to Canada, and even nbn chief executive Bill Morrow will likely be sitting on a number of boards and conducting strategic consulting work rather than running the NBN on a day to day basis. The long-term capacity of Australia’s telecommunications networks will be … somebody else’s problem.