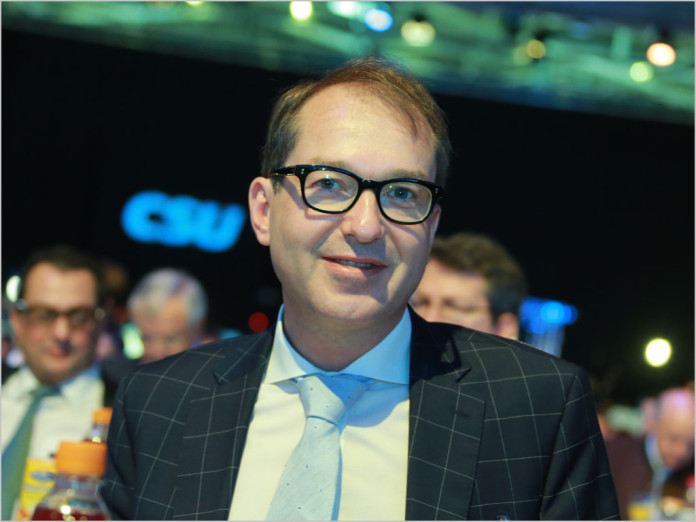 news Germany’s top technology minister Alexander Dobrindt and the heads of its telcos have reportedly described 50Mbps broadband speeds as only a “milestone” on the country’s broadband roadmap, which will ultimately culminate in a “gigabit society”.

In comments at an IT summit reported by German media outlet Heise (we recommend you click here for the full article), Dobrindt — Germany’s Minister for Transport and Digital Infrastructure — said he saw the long-term future of Germany as being a “gigabit society”.

Germany is currently deploying a number of high-speed broadband technologies, with Deutsche Telekom in particular focusing on upgrading its existing copper network with Fibre to the Cabinet or Fibre to the Node technology, including the VDSL standard. It is also planning to deploy 5G mobile broadband services.

The German Government has previously announced that it would guarantee all households in the country would receive broadband speeds of at least 50Mbps. Deutche Telekom reportedly said at the event that it believed it likely it could offer speeds as high as 250Mbps over FTTC/FTTN using vectoring technology.

However, at the event, it appears that Thorsten Dirks, President of Digital association Bitkom and CEO of Telefonica Germany, described the 50Mbps target as only a milestone. Dobrindt appears to have backed the view that transition towards a “gigabit society” is where Germany must go.

There are certain similarities between Germany and Australia. Both countries are currently focusing on upgrading legacy networks such as copper and HFC cable networks, using Fibre to the Node technology especially, coupled with the vectoring standard. And both countries also have some of the world’s most advanced 4G mobile networks — with much planned in the way of future mobile upgrades.

However, in Australia, the current Coalition Government and the leadership of the NBN company believe that the 50Mbps speeds described in Germany as “only a milestone” will be sufficient for some time.

For example, in an interview with TelecomTV published a month ago (we recommend you click here for the full article), NBN company chief Bill Morrow downplayed Australia’s desire for very high-speed broadband.

“So you want that as quick as you can get it, right? If you can say fibre-to-the-node can deliver up to 50Mbit/s for most everybody, isn’t that enough for the next 10 years to get this thing going and then, if there is more demand, then you just push fibre further down the street using the company’s profits rather than adding in more taxpayer money?” he said.

And in a separate article published in the Herald Sun newspaper earlier this week (we recommend you click here for the full article), Morrow again argued that it would be better to get better broadband to more people faster, rather than deploying FTTP.

“NBN’s current model provides the capacity we need into the foreseeable future,” he wrote.

“So what speed do people actually want? An all-fibre NBN is capable of speeds of up to a Gbps. Yet the vast majority of people on this network — about 80 per cent — are choosing plans of 25Mbps or less. As you would expect, people are not willing to pay for something they don’t need.”

opinion/analysis
In this case, what we see is that Australia and Germany are actually pursuing very similar technological solutions to the issue of high-speed broadband availability. But the rhetoric from the top could not be more different. In Australia, it is common for our politicians and NBN executives to talk down the need for high speeds, seeing 50Mbps broadband speeds as sufficient.

In Germany, it appears clear that these speeds are viewed as nothing more than a bare minimum — a stepping stone.

One wonders why this huge disparity exists — and when, if ever, the two views can be reconciled.