news NBN could soon roll out symmetric multi-gigabit broadband over its HFC network following developments announced by CableLabs, the US consortium that sets standards for cable technology.

NBN’s Chief Technology Officer Dennis Steiger is currently meeting with CableLabs in the US to discuss the arrival of the new technology. 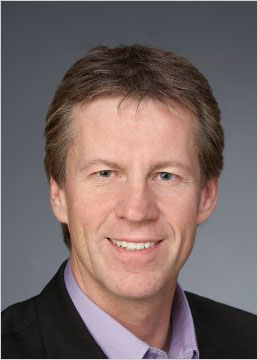 “Although it is still very early days the arrival of full duplex DOCSIS 3.1 is extremely exciting news for NBN and a real game-changing moment in the ultra-fast broadband market,” Steiger said.

“We will be working closely with CableLabs to track the development of this technology and are excited about the potential this offers for the four million premises that will receive their NBN services via our HFC network,” he added.

In TDD, the upstream and downstream traffic share the same spectrum, but take turns in using the spectrum.

In full duplex communication, the upstream and downstream traffic use the same spectrum at the same time, doubling the efficiency of spectrum usage.

A DOCSIS 3.1 full duplex network provides the peak speeds and flexibility of TDD networks, but doubles the capacity of TDD and FDD.

“These developments are expected to yield DOCSIS 3.1 network performance of up to 10Gbps symmetrical on 1GHz HFC networks, with the potential for even higher performance by utilizing spectrum that is currently available for future expansion above 1GHz,” said CableLabs.

“Previously it was only possible to deliver multi-gigabit symmetrical broadband if you deployed an FTTP network – but HFC is now right up there in terms of being able to deliver these kinds of speeds,” said Steiger.

“We now have the pathway to deliver these ultra-fast symmetrical speeds to our HFC end-users both very cost effectively and far more conveniently than we could if we had to deliver fibre all the way to their homes,” he said.

CableLabs said it will engage with a team of its members and vendors in the coming months to further “validate and mature” the technology.

If this process is successful, the project will move from an innovation effort into an R&D project, open to “all interested participants”.