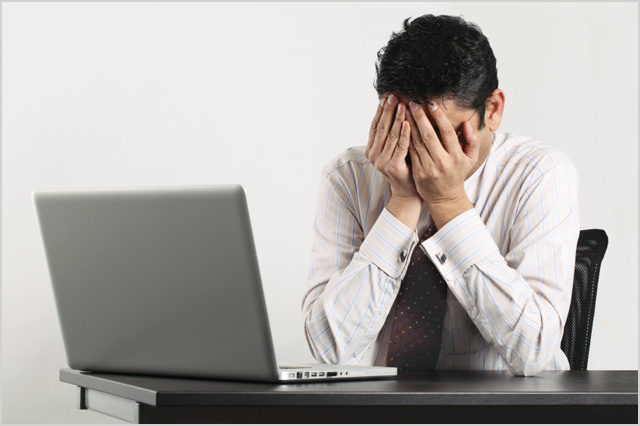 opinion Attention, NBN critics: If you’re going to engage in the popular Australian pastime of sledging the National Broadband Network, at least get your basic facts right before doing so. Otherwise, you’ll end up with egg all over your face.

As I’ve previously written, some people are determined to be critics of the NBN, no matter how much evidence has been previously been presented to address their claims. Like junkies scrabbling around after a fix, this type of commentator is so addicted to criticising the NBN that they will grab at the slightest new piece of information to make their argument; despite the fact that it may lead them into ill-informed and fruitless commentary.

This morning I submit two examples of this approach.

The first is one we’ve come to expect. Fresh from findings that he breached the Racial Discimination Act with previous posts, controversial columnist Andrew Bolt posted two entries on his blog this week regarding the NBN. In the first, he quotes extensively from an article presenting some of the findings from the Economist Intelligence Unit’s report into global government investment in broadband — the same one which Shadow Communications Minister Malcolm Turnbull was so keen to hype up earlier this week.

“Either the Gillard Government is the smartest in the world, or the rest of the world wouldn’t make the same mistake,” writes Bolt, adding that Turnbull’s claim that Australia’s NBN was the telecommunications version of Cuba was a “good line”.

It would, of course, be fine for Bolt to heap praise upon this report … if it hadn’t already been severely discredited.

Aside from the obvious fact that, like the last Economist NBN report, this one contains glaring factual inaccuracies, a number of people have pointed out that the Economist just seems biased against any government investment in broadband. This area of industry, it appears to feel, is best left alone; leading Communications Minister Stephen Conroy to label this style of content as “right-wing dogma” and Greens Senator Scott Ludlam to label it as “a wild-eyed neoliberal rant”.

None of this, of course, is mentioned in Bolt’s blog. You know. For balance.

However, we’ve come to expect this kind of approach from Bolt when it comes to the NBN. Far more disturbing, however, is this opinion article which appeared in The Australian newspaper (where else?) this morning, and is referred to in Bolt’s second post on the NBN, entitled ‘National Blowout Network’. Published by self-styled “independent” telecommunications consultant Kevin Morgan, the article also cites the Economist report, but goes far further than Bolt’s brief missive, arguing that NBN Co chief Mike Quigley needs to explain “what value is being delivered by the network”, why the NBN Co “gravy train” of costs is exploding, and why there is “pork-barrelling” in the NBN rollout in Tasmania.

To put it mildly, I was flabberghasted that anyone who calls themselves a “telecommunications consultant” could write such tripe.

I wondered as I read the article … who, faced with this garbage, would employ Kevin Morgan as a consultant of any kind? I did a quick Google search for his name, but couldn’t find his organisation’s web site. Is Mr Morgan, in fact, employed? Or, the Google search results appears to imply, does he merely spend his days ensconced in his basement, writing rant after rant about the evils of government-funded optical fibre rollouts, like some modern-day digital Ebenezer Scrooge?

Now, his claims barely need addressing, but I feel I should go some way to doing so, if only to demonstrate that unlike the good Mr Morgan, I at least can engage in rational argument.
For starters, Kevin, the “value” which will be delivered by the NBN is as follows:

Is that clear? Right. Now let’s move on to some of Morgan’s other claims.

My favourite is the claim that there has been only “limited and costly progress to date” in the network. Uh, yes. When you design a nation-wide broadband network from scratch, it requires a great deal of planning, incredible amounts of engineering detail, thousands of rollout staff mobilised, hundreds of millions of dollars of supplier contracts negotiated and more. I would have assumed that you would know this, as a “telecommunications consultant”.

NBN Co has always said this would take a while, but because that planning work has been done and trials completed, the company is now accelerating its rollout massively.
“His first progress report submitted to the committee as executive chairman of NBN Co revealed that after two years and despite spending more than $800 million, only 18,000 homes had been passed with fibre-optic cable and a mere 600 connected,” wrote Morgan.

Yup. And it’s true that the NBN is running late — mostly because of the lengthy amount of time it took the company to come to its arrangement with Telstra. Little wonder. The massive contract between the pair is undoubtedly one of the most complex legal agreements in the history of Australian telecommunications.

However, Kevin, check back in a few years and I have no doubt you’ll acknowledge the NBN money which Quigley and his team has spent so far will have have been well-spent. In only a few years, millions of premises will have been connected to the network and many will be enjoying record speed and latency ratings on their home or business broadband.

Lastly, there’s that old chestnut, wireless, which Morgan throws in for good measure. It’s something most NBN critics do — just wack it in at the end, to add insult to injury.

As I’ve written recently, there are good reasons why the fixed versus wireless broadband debate isn’t going away anytime soon, and it’s a legitimate debate. However … Morgan doesn’t go into that debate in any detail. Instead, he just adds the wireless issue like a dash of poisoned salt onto the end of his rotten commentary, like a savoury blessing.

“The number of wireless (mobile) broadband users now rivals fixed-line users and spending on wireless broadband will soon match spending on fixed-line broadband,” writes Morgan. Yup. But the overwhelming majority of those doing that spending won’t be cutting their fixed-line connections and setting up wireless. They’ll be buying both. As many people have written time and time again, the increasing power and speed of wireless broadband in Australia (hello, Telstra 4G!) does not mean Australia won’t need to upgrade its fixed broadband networks as well. We need, and want, both. That’s the reality of the situation, and always will be.

Now, what pains me about the kind of commentary we’ve seen this week from the dynamic duo of Bolt and Morgan (sounds like a gang of bushrangers somewhat, doesn’t it?) is not that they’re criticising the NBN. I personally am an NBN critic.

As I’ve stated repeatedly, I love the idea of fibre broadband to my door. However, I am also largely against massive government intervention in any market, and I believe, given the right regulatory setting, private markets are much more efficient at infrastructure investment than governments can be. Furthermore, I haven’t given up on the idea of infrastructure-based competition in the telecommunications sector. A decade’s worth of experience reporting on the sector has taught me that it can work very well (hello, DSLAMs; hello HFC cable; hello mobile networks).

But what I will not, will absolutely not stand for is poor and ill-informed criticism of technology projects of any stripe. It is a simple fact that (as with his writing in the racial discrimination case), Bolt has been lazy this week in his blanket sledging of the NBN; and so has Kevin Morgan. Morgan’s commentary is incredibly full of well-worn NBN clichés that have been debated ceaselessly for the past several years. The man should be ashamed to raise them again in such a simple-minded fashion. I am sure that if Mike Quigley read Morgan’s commentary this morning the phrase “Fox News” would have come to mind.

If we are going to debate the NBN, let us do it on more intelligent grounds; grounds that are still up in the air. Personally, I think the idea that the network should be rolled in, with rural areas getting fibre first, to be a ludicrous idea. As we’ve already seen in Tasmania, the kinds of people who live in the bush often don’t want or need this kind of infrastructure — as opposed to inner-city metropolitan dwellers, who most assuredly do.

Then there’s the NBN pricing scheme and points of interconnect arrangement, which Internode managing director Simon Hackett has done such a delightful job of skewering. Or the provisions in the Telstra and Optus contracts which prevent the pair from sledging the NBN as they market their own wireless services.

You could even — and this is my personal favourite — speculate wildly on what will happen if the Coalition takes power in 2013 and radically alters the NBN project. In my opinion, Malcolm Turnbull and Tony Abbott have got a lot of explaining to do on this point.

What I am saying is … the conservative point of view is a legitimate one in Australian society — and one that I, and many others, share some sympathy with. But let’s not devolve our national debate to the level of dumb beasts, please. I believe in the intelligence of Australians too much for that. If you’re going to criticise the NBN, apply some grey matter first. Because a failure to do this will result in a NBN debate which will serve nobody … even the project’s harshest critics.