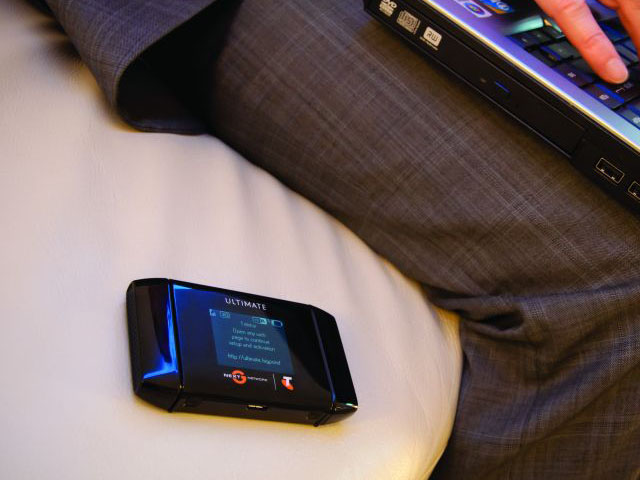 news The Australian Competition and Consumer Commission today warned a clause in Telstra’s $13 billion contract with NBN Co prohibiting Telstra from marketing wireless technologies as an alternative to fibre broadband could be “detrimental to competition” and should be investigated further.

When Telstra unveiled its NBN contract in late June, it revealed a segment of the contract stated that part of the NBN deal is that it “may not promote wireless services as a substitute for fibre-based services for 20 years” from the commencement date of the contract.

Telstra chief executive David Thodey has maintained the clause isn’t an issue, with Telstra planning to shift customers onto fibre, as well as bundled fixed services with wireless. However, the issue came to the fore again last week in a separate submission made by NBN Co to the ACCC. In the submission, NBN Co acknowledged wireless broadband could compete with the predominantly fibre-based NBN, and noted limitations on Telstra’s ability to transfer customers onto wireless broadband were “integral to the viability” of NBN Co’s business case.

In a discussion paper released today in response to Telstra’s structural separation proposal filed earlier this month, the ACCC raised the issue again.

The ACCC notes in its paper that Telstra has indicated the wireless restrictions are only a very limited constraint on its operations, and that it intends to continue to provide wireless services as complementary to fixed line services, even in an NBN world.

However, the regulator noted, it was possible that wireless services could provide consumers with speeds of 12Mbps — in order words, equal to the initial entry level services which the NBN will offer on its fibre network.

The extent to which Telstra’s wireless restriction would result in detrimental impacts for competition or consumers would depend, the ACCC wrote, on a number of factors, ranging from the extent to which Telstra was prohibited from marketing wireless, how it would impact on Telstra’s competitive activities in supplying wireless voice and broadband services, and any other “likely detriment” that would arise in the marketplace.

Shadow Communications Minister Malcolm Turnbull immediately jumped on the ACCC’s wireless comments, as well as the regulator’s concerns about the interim measures to be put in place while the NBN is rolled out.

“In pursuing these policies, Senator Conroy once again put the political interests of the Government and the ALP ahead of the national interest. The ACCC rightly called him on this. It is now up to NBN Co, Telstra and the Government to address the ACCC’s concerns,” said Turnbull in a statement.

opinion/analysis
And there we have it: Again, it’s in black and white. As I wrote last week:

“There we have it — in plain black and white. The natural movement of the telecommunications market would see many customers switch exclusively to mobile broadband, if Telstra were allowed to promote it. But the Government’s NBN plan will work against that natural movement, artificially focusing those customers towards the fixed broadband infrastructure of the NBN.”

In short, NBN Co’s attempt to restrict Telstra from promoting wireless services as an alternative to the NBN is an artificial constraint on the market, and the ACCC has been forced to recognise this fact. You can be sure this section of its discussion paper today gave at least one or two of its staff some sleepless nights. It knew with what dynamite it was playing.

The problem here, for everyone concerned, is that the wireless issue goes to the heart of the Government’s promises with respect to the NBN. Just about everyone acknowledges now that the growth of wireless technologies has the potential to affect the NBN’s business case. The restriction on Telstra represents an attempt by NBN Co to mitigate that issue.

If the ACCC won’t allow that restriction to pass (and it is unclear yet whether this is the case), then NBN Co and the Government will need to do some fast thinking about the extent to which NBN Co’s business case definitely has to remain intact. I suspect many Australians wouldn’t be too concerned if it turned out the NBN wouldn’t quite make a profit over the 30 years it’s planning for. Like much public infrastructure, it may be OK that the Government spends money on it that it won’t get back.

But Communications Minister Stephen Conroy will need to admit that, at some point. And for a Minister that was as late as last Friday afternoon denying wireless had any potential to harm the NBN … such an admission would be damaging indeed.