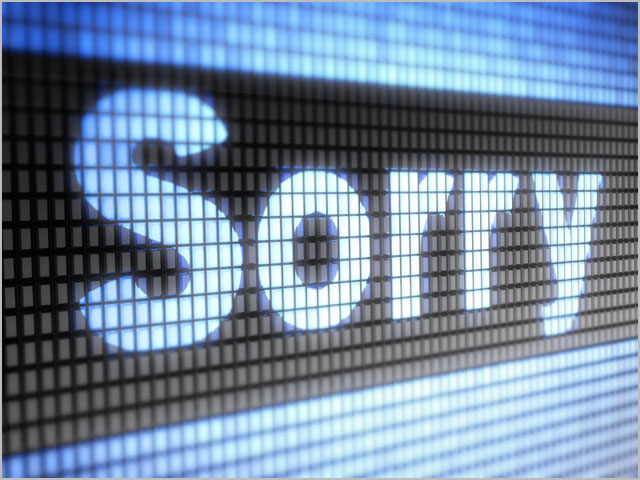 hope you’re well and winding down towards Christmas!

Long-term readers of Delimiter will be aware that I have long tried to hold all sides of politics to account on an equal basis when it comes to technology policy and implementation. Whether it’s Labor, the Coalition or the Greens, I have tried sincerely to praise the merits of each, as well as criticising each where criticism is due. I have tried to seek truth and to be objective. This is standard journalistic practice and it was how I was trained.

This has, at times, led me into conflict with many readers. Many in Australia’s technology community have long believed that the Coalition has not sincerely had intentions of pursuing Labor’s National Broadband Project to fruition. When Malcolm Turnbull was first appointed as Shadow Communications Minister three years ago, back in 2010, then-Opposition Leader Tony Abbott reportedly ordered Turnbull to “demolish” the NBN, and many readers have long believed that has been the secret intention of the Coalition when it comes to this most high-profile of Labor projects.

Many readers have argued with me about this approach. They have pointed out that Turnbull, and others within the Coalition, have very often taken an inconsistent approach to the NBN, stating one thing and then doing another. There are examples littered throughout the past three years; I need not bring them all up individually.

This inconsistent approach — where Turnbull and other senior Coalition figures have protested their support for the NBN in public but often taken actions which have seemed inimical to that support in practice — has led many readers to develop a complete lack of faith in the Coalition when it comes to the NBN project. Many have reverted to Abbott’s 2010 request that Turnbull “demolish” the NBN, and will believe very little of what the Member for Wentworth says when it comes to the project.

Well, I am here today to formally apologise. I was wrong to have faith in Malcolm Turnbull and the Coalition on this issue. You were all right, and I was wrong. Turnbull does indeed appear to be attempting to “demolish” the NBN.

I sat in a press conference at NBN Co headquarters this morning and listened for two hours while Turnbull and a series of his NBN appointees explained how they would construct less of the NBN even than the Coalition promised in April. Those areas currently “served” (as laughable as that term is to many who live there) by the HFC cable footprint, it now appears, will get no upgrade at all. Many will doubtless still be on ADSL2+ when the Coalition’s “NBN” is completed.

We cannot call this a “National Broadband Network” any more. That term is fundamentally redundant, when around 28 percent of Australian premises will not receive the infrastructure, and most of the rest will receive a watered down version highly dependent on Telstra’s copper network, which, as NBN Co’s internal reports show, has a plethora of issues. To do so would be farcical, as this morning’s entire press conference was farcical.

I note that this morning’s press conference was dominated by questions from News Ltd and Financial Review newspapers; newspapers which have historically been highly in favour of the Coalition’s NBN policy and broadly against Labor’s. Turnbull is actively attempting to block the technology media from querying his actions. This is why the Minister’s press conferences on this issue today were held in Canberra and not in Sydney; because the predominantly Sydney-based technology press tends to ask questions about the NBN which the Coalition would apparently rather not answer.

Please believe me, once and for all, that I have lost any faith I had in Turnbull in his role as the Communications Minister and as a leader in Australia’s technology landscape. From now on Delimiter’s default position will be that the Minister is not acting in the best interests of Australia from a NBN perspective. I will require significant evidence in each and every article I cover to shake me out of that belief. I will still deal with all political players with respect, politeness and professionalism, as I always have, but it is now clear that there is a fundamental gulf between what the Coalition says it is doing and what it is actually doing. I will now attempt to pinpoint that gap in a much more direct fashion.

At the heart of all of this is a basic underlying question: Is the Coalition sincerely attempting to deliver better broadband services to all Australians. I have long believed that answer to be “yes”. Today I can conclusively say that the answer to that question is “no”. It may seem an irrelevant philosophical point to many. But this makes a very big difference in how I work.

But for right now, I must hold the Coalition in contempt for breaking all of its promises. Delimiter is, after all, an evidence-based site. And the evidence today is that the Coalition is not sincere about delivering super-fast broadband to all Australians. Please believe I will hold the Government and Turnbull personally to account on this basis from now on. And forgive me for my mistake.