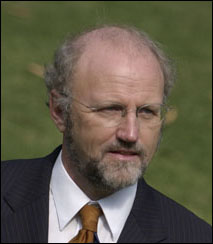 news Maverick telecommunications analyst Paul Budde has published a blog entry arguing that realising the vision of the National Broadband Network (NBN) initiative will require not just building new FTTH (Fibre to the Home) networks, but also retaining the current HFC (Hybrid Fibre Coaxial) and FTTN (Fibre to the Node) networks currently being used in Australia.

In October this year, the Coalition had announced that its NBN policy would focus on FTTN networks instead of the more costly FTTH network. Shadow Communications Minister Turnbull on returning from Korea where he had surveyed HFC networks operating along with fibre networks said, “The way you get an affordable price is through competition so why seek to stamp out the competition from the HFC cable?” The Coalition had said that they would use Telstra’s copper phone lines to establish a FTTN network rather than Labor’s more expensive FTTH.

While FTTH is the latest in technology since fibre networks are the fastest, it makes economic sense to retain the existing networks of FTTN and HFC cable as long as they can be upgraded to improve efficiency, Budde said in his post.

“For at least the next five years most of what we want to achieve within the context of the digital economy and the trans-sector concept can be accomplished through these technologies– as indicated by the Opposition,” Budde wrote.

“This does need to be placed in the overall context that eventually these technologies will need to be upgraded to FttH, but there is certainly no rush to do so any time soon. Where there is no HFC and no FttN?? (in an estimated 70% of the country) it does not make sense to first upgrade to FttN and to return later and upgrade to FttH. If there had been some communication between the opposition and the industry we believe that such a recognition might have become part of the original NBN plan.”

Even at this stage, the analyst wrote, “it would not be too late for the government to acknowledge this”. “We would not even be surprised if NBN Co bases its rollout on such a plan,” he added. “ie, no rush in areas where HFC and FttN is in place. The fact that Telstra is investing heavily is a clear indication that this company is under the same impression. Perhaps by making this clear we can rid ourselves of some of the political clamour.”

Budde says that the coalition has to accept the fact that FTTH is the best in technology today and offers the best in performance. He said that the future of Australia is fibre. However, the Labor government should also accept that in many areas, current infrastructure is good enough for the immediate future and need not be ‘fibred-up’ overnight. Budde said that there needs to be cooperation and communication in Australian politics to ensure that a National Broadband plan is drafted and implemented instead of either party establishing different agendas of priority.

The news comes as Earlier this month, Communications Minister Stephen Conroy attacked Turnbull’s NBN policy on multiple counts, such as the fact that the speeds delivered on an FTTN network would depend on the diameter of the copper wire and that “We simply do not have the copper available for speed or performance of what Turnbull is claiming.” He also said that ultimately copper based networks would become obsolete as bandwidth requirements increase. Conroy concluded that the Coalition is offering three technologies—FTTN, HFC and mobile wireless, all of which are severely limited in efficiency.

However, British telecommunications expert Robert Kenny subsequently issued a detailed statement criticising Conroy’s claims — pointing out trials by international networking companies such as Alcatel-Lucent which supported the idea that FTTN networks could be effective in Australia.