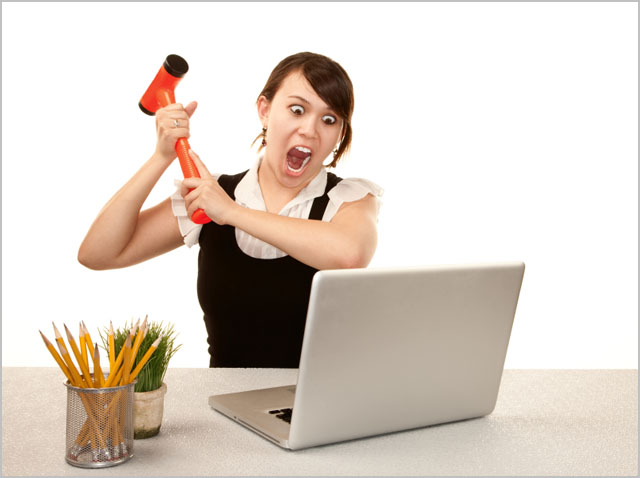 news Communications Minister Stephen Conroy has taken an axe to the national broadband policy outlined by his Coalition counterpart over the past few months, arguing Malcolm Turnbull’s vision for Australia’s future telecommunications needs would end up with the nation stuck in “a dead end”.

Although Turnbull has not formally published the Coalition’s rival telecommunications policy, over the past six months he has outlined the approach he said a Coalition Government would take to the issue. Currently, that approach appears to focus on a number of core concepts such as incentivising the industry to deploy fibre to the node infrastructure, separating Telstra into wholesale and retail arms, utilising wireless services in rural areas and re-using the existing HFC cable networks.

However, in a landmark speech given to the National Press Club this afternoon and broadcast nationally by the ABC, Conroy attacked each of the technologies which Turnbull has promulgated, highlighting instead the strengths of Labor’s fibre to the home-based policy.

With respect to the fibre to the node technology which would see fibre laid to streetside cabinets, and then extended to premises through the copper network, Conroy said Turnbull appeared to be misleading Australians about the capacities of fibre to the node.

Turnbull has argued FTTN could deliver speeds of between 60Mbps and 80Mbps. However, Conroy stated that such speeds would be dependent upon the type of copper cable installed. And in this area — in terms of both the cable’s diameter and the length of the lines, speeds would be severely restricted in Australia, the Minister argued.

In particular, the speeds envisaged by Turnbull would require bonded copper pairs to be used — which were not present in the current copper network owned by Telstra, Conroy said. “We simply do not have the copper available for speed or performance of what Turnbull is claiming,” he said.

In addition, Conroy said, much of the equipment needed to build a FTTN network would be rendered obsolete in future as bandwidth needs forced the government of the day to examine the case to further roll out fibre to the premise. This was the advice which the Australian Competition and Consumer Commission had repeatedly provided to the Government, he said.

Turnbull has previously held up New Zealand’s NBN model as being one that Australia could draw inspiration from. However, Conroy pointed out that the New Zealand Government had largely shifted its policy from a FTTN to a FTTH model, before the planned FTTN infrastructure was completed. “New Zealand’s Conservative Government understands the important of super-fast broadband infrastructure,” said Conroy, noting that Turnbull was right to look to New Zealand — but implying he had missed the Kiwi broadband message.

Often when Turnbull, Liberal Leader Tony Abbott or Shadow Treasurer Joe Hockey spoke about the benefits of wireless technology, Conroy said, they were actually talking about Wi-Fi connections rather than the mobile broadband which is provided through 3G/4G networks owned by the major telcos. And because Wi-Fi required a fixed-line connection to support its bandwidth requirements, Conroy argued, Wi-Fi was actually a fixed-line broadband connection.

Even if the Coalition was discussing actual mobile broadband, Conroy said, those connections would not replace fixed-line networks as Australia would continue to need greater and greater capacity on fixed-line networks. The Minister displayed a number of charts to show how bandwidth requirements had constantly increased over the past several decades.

“Turnbull simply denies that the growth shown in these charts will occur,” Conroy told the audience. “Turnbull has decided there is no growth in demand for bandwidth — it just stops. All of the extraordinary growth in Internet data, uploads and capacity. It all ends today. No innovation from companies like Apple or Google. According to Mr Turnbull, nobody in the world is going to deliver anything new.”

In addition, Conroy added, mobile broadband was far more expensive than fixed-line broadband, and suffered from a similar problem to HFC cable in that the more people who connected to the service, the more congested it would become.

All of Australia’s major mobile carriers have suffered from a problem over the past few years with respect to their 3G networks which has seen them suffer congestion and slowdowns as they have added users. Initially the problem struck Optus following the local launch of the iPhone, but then Vodafone was affected in 2010, and finally even Telstra’s leading Next G network has been suffering problems in the Sydney and Melbourne city centres of late.

At this point Conroy played the following decade-old advertisement by Pacific Bell (now AT&T) which satirised congestion problems on HFC networks in the US.

“HFC is a shared medium and has all of these problems,” said Conroy. The congestion problem is often cited by critics of Australia’s own HFC cable networks owned by Telstra and Optus. “When people start hogging the available capacity, there’s just not enough to go around. Using HFC is a dead-end solution,” he said.

Conroy also raised the question of whether and how Turnbull would force Telstra and Optus to resell their HFC networks to other retail players like iiNet, Internode and TPG.

The Minister also raised a number of other problems with the technologies which the Coalition has focused on; a lack of sufficient upload speeds, the lack of a future upgrade path to support higher bandwidth (the NBN infrastructure will support speeds up to 1Gbps), the size of the cabinets involved in FTTN deployments, the difficulty involved in separating Telstra without an incentive for the telco and so on. And he also attacked the Coalition’s statements on the cost and pricing associated with the NBN, stating that even NBN Co itself had not been able to work out how Turnbull had done his sums to come up with the cost of the FTTH build, and pointing out that entry level NBN plans started at $34.50 — cheaper in many cases even than some ADSL services.

“Mr Turnbull is offering three technologies — FTTN, HFC and wireless,” Conroy concluded. “All of which are limited in being able to provide Australia with the broadband it needs.”

opinion/analysis
Frankly, Conroy’s mostly right here. And I love the fact that he’s making his argument on technical grounds. His comfort level with respect to the actual technology has come ahead in leaps and bounds over the past year or so.

In the speech he gave today, our long-running Communications Minister primarily attacked Turnbull’s rival NBN policy on technical grounds, and on every single one of those grounds he scored points. Wireless? Nope, not going to be enough for our future bandwidth needs — or even those of 2011. HFC? Nope, congestion problems, and it’s not open for wholesale access. FTTN? Nope, it doesn’t have the same upgrade path as FTTH and Telstra’s copper network won’t support the speeds Turnbull has been waving around.

Of course, all of the points Conroy raised are fairly simplistic ways of looking at these technologies: It’s not quite as black and white as he would suggest. Mobile broadband is clearly complementary to fixed broadband, but its importance will only grow over the next decade. There is a strong argument to be made that the HFC networks should not be shut down to make way for the NBN, and it’s an argument that I agree with. And fibre to the node is, it must be said, a technology which could provide for the majority of Australia’s bandwidth needs for perhaps most of the next two decades.

In addition, of course, the technical situation with respect to the NBN is not even half of the whole story … issues like the future of competition in the telecommunications sector, the fact that the Government is creating another Telstra-esque monopoly and the unsavoury idea of destroying infrastructure-based competition shutting down HFC cable infrastructure everywhere are all bad smells which continue to hang around the NBN. By ignoring these issues and focusing on the technical merits of the NBN, Conroy’s on home territory. But that doesn’t mean that they don’t exist, and Turnbull has rightly focused on them.

Overall, the core of the problem for Turnbull right now, as I have noted, is that although many of his ideas about future telecommunications policy are very solid, he has done nothing to develop them over the past few months or address criticism of them. He started a debate in July and August by proposing a robust alternative to Labor’s NBN, then walked away from that debate. And it died. Until now, Conroy hasn’t bothered to address Turnbull’s policy, because he didn’t need to. Now he’s delivered an extremely powerful closing blow to Turnbull before Christmas, in a very public forum — the National Press Club. And he’s done it on the best of grounds — technical ones. To be honest, I think it will take Turnbull a while to recover from this one.

Update: The full text of Conroy’s speech can be found online here in PDF format.