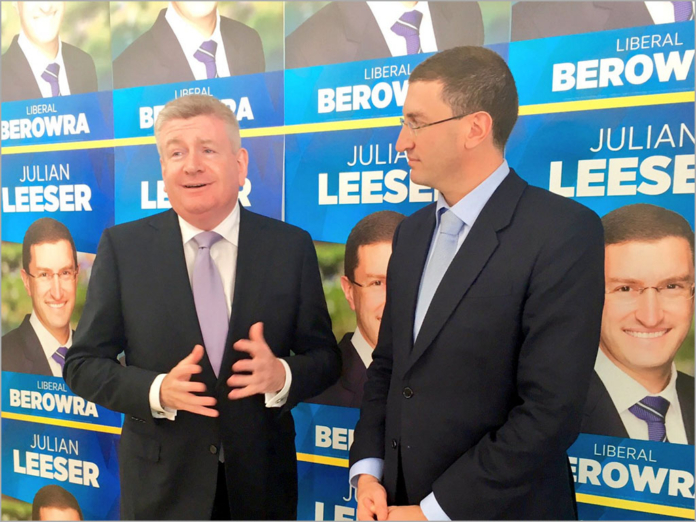 news The Coalition has confirmed that a statement issued late last week does not constitute its final National Broadband Network policy for the Federal Election, hosing down speculation that it was the last it would have to say on the matter ahead of the Election in July.

The statement contained a number of standard Coalition rhetoric regarding the NBN project, including the claim that the NBN would have taken six to eight years longer to roll out across Australia under Labor, as well as stating that under the Coalition, the rollout of the NBN is “on budget and on track” to meet its corporate plan target of 2.632 premises ready for service this financial year.

The statement immediately created speculation online that it represented the Coalition’s official policy for the Federal Election, because there appeared to be no direct impetus for the statement to have been released.

The Coalition has made further commitments during the election campaign to funding mobile towers to fix blackspot areas.

However, it has not made any further commitments or refinements to the NBN, and has strongly hinted that it will not support a modification of the Fibre to the Node component of the NBN model to a Fibre to the Distribution Point model. This is the model that many commentators expect Labor to shift to in the election period.

“So LNP have released their one-page NBN policy on Friday afternoon with no Malcolm Turnbull in sight. I wonder why?” wrote Simon Banks, managing director of government relations agency Hawker Britton. Banks is a former chief of staff or deputy chief of staff to three Federal Labor leaders, including then-Prime Minister Kevin Rudd, and is broadly Labor-aligned.

“Pay more, wait longer is exactly what we’ve got with Malcolm Turnbull’s NBN,” he added.

In their statement, the two ministers further highlighted what they saw as strengths of the Coalition’s approach to telecommunications policy.

They stated that under Labor, the NBN’s Interim Satellite Service was “poorly managed, slow and congested”, but that the Coalition had succeeded in launching the NBN’s replacement Sky Muster satellite service (this service was initially planned for under Labor).

“When it comes to Australian Government support to remove mobile phone blackspots in the bush the scorecard reads: Coalition $220 million funding and at least 3,000 black spots; Labor $0 and zero black spots in its six years of government,” the two ministers wrote.

“Labor’s already tried and failed to deliver the NBN. They can’t be trusted to bring broadband to Australians.”

opinion/analysis
I’m glad that this wasn’t, as some had speculated, the Coalition’s final word on formal NBN policy for this election period, because it leaves open the possibility that Turnbull’s team may commit to some kind of expansion of its currently rather limited NBN policy ahead of the Federal Election.

However, I think it’s safe to say that I don’t currently have much optimism about what the Coalition may announce. The previous decade of Coalition telecommunications policy announcements have broadly been terrible for Australia, culminating in the train wreck that is the MTM NBN policy.

It’s also a little cheeky for Fifield and Nash to claim credit for progress made on the NBN under the past few years of Coalition rule. Of course, almost all of the NBN progress made during that time can be attributed to structures and plans set up under Labor.

I do have to give the Coalition credit for its funding of towers to fix the mobile blackspot issue, however — it’s true that Labor has not committed funds to that area, and it’s one of the main telecommunications issues facing rural Australia, as well as some metropolitan areas.