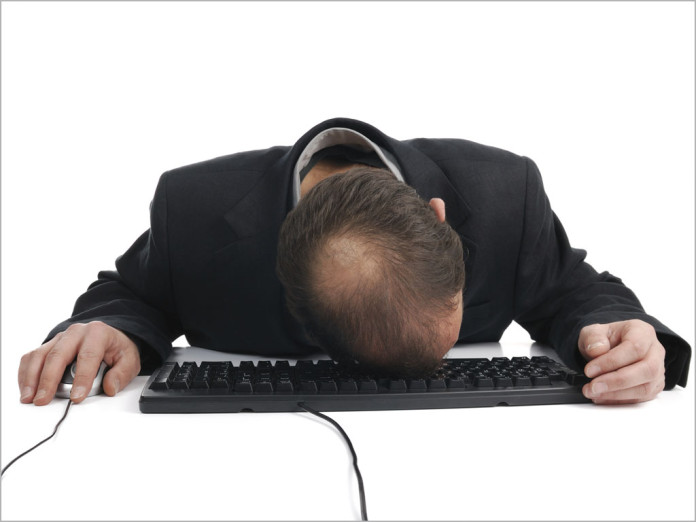 news The NBN company has confirmed plans to terminate the ADSL connection of a customer living in metropolitan Adelaide and replace it with a high-latency satellite connection, due to the installation of Fibre to the Node services to neighbours in the same street.

South Australian Matthew Wilkinson lives within sight of the Adelaide central business district in the Adelaide Hills region. He currently has access to an ADSL2+ fixed-line broadband connection.

Wilkinson’s suburb was originally slated to receive a full Fibre to the Premises rollout under the previous Labor approach to the National Broadband Network, along with the vast majority of Australian premises. However, due to the geographical position of his residence, Wilkinson was slated to receive a fixed wireless connection.

Due to this issue, in 2012 Wilkinson sought a quote from the NBN company to extend its Fibre to the Premises rollout all the way to his premises. The proposed fibre extension would stretch a mere 1.3 kilometres from the nearest NBN network boundary.

However, Wilkinson revealed in late December in a series of posts on broadband forum Whirlpool that under the new Coalition Government’s Multi-Technology Mix, the NBN company had substantially changed its approach to his suburb in a way that would drastically impact any future NBN rollout to his premise — and even his existing ADSL2+ connection.

According to the South Australian, the NBN company now plans to deploy a Fibre to the Node service throughout his suburb.

The deployment firstly means that the proposed FTTP network slated for his property would no longer go ahead. However, secondly, it also means that Wilkinson will no longer even be able to use his ADSL2+ connection, as the service’s copper wires will be neutered (to avoid signal interference) to make way for the new Fibre to the Node connections to his neighbours.

“I live in Metropolitan Adelaide (in the hills) and am about 7km’s (as the crow flies) from the Adelaide GPO. I currently have Naked DSL service that has been rock solid for nearly 9 years,” Wilkinson wrote on Whirlpool. He has discussed the issue directly with the NBN company.

“… after FTTN is switched on a few hundred metres up my road next year, that I will be forced to disconnect my DSL service, and be forced to connect to NBN Co’s Satellite service that was meant for all of you that actually live in Rural and Remote Australia … There is no plans for fixed wireless for my area, due to the cost of installing a new tower.”

“My DSL service has to be disconnected, even though I get to keep my copper line for voice calls being in a [satellite] area. The DSL service runs in the same cable bundle as the rest of the road, and 18months after FTTN is switched on, the ramp up the power for VDSL. My ADSL 2+ service will interfere with the VDSL service, so it will be disconnected.”

“I receive a good 4g signal (Telstra) though, so may end up having to resort to that once my DSL service is disconnected.”

Wilkinson’s situation appears to run directly contrary to the ongoing rhetoric from the Government and the NBN company that the Multi-Technology Mix model would see Australians receive better broadband than they currently had available.

In terms of latency and download quota, Wilkinson’s forced shift to the NBN’s satellite service will represent a substantial downgrade on his existing ADSL2+ service, although the service will be substantially faster as the existing ADSL service only provides speeds of between 2.5Mbps and 3Mbps.

Wilkinson’s premise will not be the only one in his area affected. The South Australian noted that there were another 15 or so premises on his road in the same situation, and another 15 or so on another nearby road. It appears that a number of the premises may actually require physical infrastructure such as trees to be removed to allow satellite dishes to be installed — even though they are already served by existing copper cable.

There appears to be no technical reason for the NBN company’s rationale for abandoning fixed-line infrastructure in Wilkinson’s area and planning satellite access instead. It would be possible for the company to deploy fibre to the premises concerned using Telstra’s existing pits and pipes infrastructure where the copper cable already runs.

Instead, the NBN company appears to have made the decision based on financial considerations, as well as the fact that it has previously committed to serving only a certain proportion of Australian premises with high-speed fixed-line technologies, using satellite and fixed wireless to serve the remainder.

Wilkinson’s small area is not the only area of Australia where residents are complaining about the NBN company’s decisions with respect to its rollout.

For example, there are widespread complaints emanating from Tasmania’s West Coast at the moment, where business and residents are concerned that the satellite services planned for the region will provided little better broadband access than the ADSL services they already use. The area is also concerned that it will be left behind compared with other regions in Tasmania, which are receiving Fibre to the Node or Fibre to the Premises infrastructure.

opinion/analysis
I don’t usually highlight individual cases of NBN issues on Delimiter, because there are always edge cases to any network rollout where things get a little hairy. However, I decided to make an exception in this case because of the farcical nature of the situation.

The residents where Matthew Wilkinson lives in the Adelaide Hills already have ADSL2+ broadband and have had for some time. It’s not tremendously fast, but it works, and it’s good enough in many ways. Those ADSL services run on existing Telstra copper cables which run through Telstra’s existing infrastructure in the area.

All the NBN company would need to do, to upgrade these services, is to run a few fibre cables out to the area. I don’t think anyone would expect the company at this stage to do full FTTP installations, but it shouldn’t be too hard to run a bit of fibre out to the area and then use the existing copper to speed up these ADSL services, in a FTTN or FTTdp-style scenario.

This would be costly, but such a service would provide services that would meet the needs of local residents, with gradual upgrade, for many decades. It would likely repay itself over the years, perhaps with a little upfront help from the residents or even the local council.

Instead, the NBN company will delete the ADSL service, rip up a bunch of trees and install satellite broadband dishes on these premises. Despite the fact that they can literally see the Adelaide CBD from their porch.

Now, it is possible to argue that the NBN company will be providing a better service than Wilkinson and his neighbours are getting. It is true that the NBN’s satellite platform will provide higher speeds, even if the latency not as good.

But it is also true that you don’t need to spend hundreds of millions of dollars launching satellites into orbit in order to provide fast broadband to outer Adelaide, in areas where copper cables have already been laid.

It is precisely this kind of situation which is garnering the NBN company a reputation Australia-wide for inflexibility and for working against the public interest. This is a company which is overbuilding existing high-speed broadband networks in cities throughout Australia, frantically trying to compete with “commercial” rivals like TPG and Telstra.

And yet, it will not stretch itself for a few hundred metres to bring decent fibre broadband to people who live in the outskirts of our major cities, where copper cables already reach. In fact, for some people, it is neutering their existing broadband services.

This is a company which appears to have completely forgotten what the concept of “in the public interest” means, and that its job is not merely to make money, but also to provide for the needs of the Australian public. And that attitude stems directly from the ludicrous policies which the Coalition has put in place to guide its behaviour.

What a fucking joke.