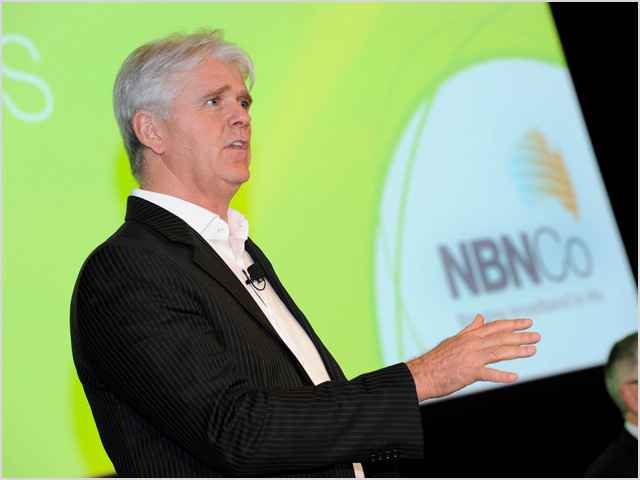 news The NBN company has rejected claims by Singaporean telco MyRepublic that the fledgling Fibre to the Node component of its network rollout is “shit”, stating instead that the rollout mechanism delivers “excellent” speeds to Australians.

This morning MyRepublic CEO Malcolm Rodrigues — which is on the cusp of launching in Australia — reportedly told Fairfax Media that the FTTN component of the Coalition’s Multi-Technology Mix version of the NBN was “shit” and that the current Coalition Government had “completely stuffed it” in terms of its policy model for the NBN.

MyRepublic provides its services in Singapore and New Zealand primarily over the all-fibre networks that those countries are currently rolling out, based on the Fibre to the Premises architecture. This is the same architecture that Labor’s previous version of the NBN used. However, the Coalition has significantly modified this model to incorporate in some areas the technically inferior Fibre to the Node and HFC cable models — which do not deploy fibre broadband all the way to homes and business premises.

However, the NBN company itself issued its own statement in response to Rodrigues’ claims.

“It is very unfortunate to see the NBN FTTN network being criticised for its performance before it has even launched commercial services and shown its capabilities,” the company said.

“The FTTN trials taking place in Belmont, NSW, have shown extremely encouraging results, with excellent speeds being delivered to end-users, with even premises located on longer copper lines getting very good speeds – far beyond what is available to most Australians today.”

“Deploying FTTN from September onwards will enable nbn to deliver improved broadband to millions of Australians more quickly than we would be able to with other technologies. Moreover, it is also worth remembering that at present over 80% of nbn subs are choosing either 12/1 or 25/5 services.”

opinion/analysis
I’d like to make three comments in relation to the NBN company’s comments.

Firstly, the company is technically correct. I’m on TransACT’s FTTN network in Canberra, and the speeds here are very good by Australian standards. I’m getting 65Mbps and that is quite a good speed for our household’s needs. We watch a lot of Netflix, ABC iView and so on, and download more than 100GB of data per month. I’m quite happy at the moment.

Secondly, Singapore and New Zealand are much — much! — smaller countries than Australia. Deploying fibre around those geographies is a much easier task than doing the same in our fair land.

However, I will also note that the NBN is not being built for this decade or even for the next decade — it is being built for the next 50 to 100 years. FTTN is sufficient for my household’s bandwidth requirements now, but my and our bandwidth requirements have increased every year for the past two decades, and I don’t see that trend slowing down any time soon.

Eventually, there is no doubt that all fixed telecommunications networks will trend towards fibre. Australia can be dragged kicking and screaming towards that future, or it can get ahead and reap the rewards and competitive advantages that such a rollout would bring. Other countries such as Singapore and New Zealand are already doing so, and it would be foolhardy to pretend that they are not competing with Australian industry by doing so.

I would curther caution the NBN company not to step outside its role in defending the Coalition’s Multi-Technology Mix model, and its controversial HFC cable and FTTN aspects, too far.

There has been significant comment about the NBN company’s singleminded defence of the Coalition’s MTM policy over the past few months, which some feel has stepped over the line into political commentary. I would encourage the company’s spokespeople to remember that it is the role of political representatives to set and defend policy — not government business enterprises such as the NBN company.

The NBN company must walk a fine line between supporting its shareholder Minister and the policy of the day, while also remembering that tomorrow it may answer to a completely different Minister and a completely different Government. There is no doubt that the NBN company’s previous management under Mike Quigley struggled with that issue at times. But I think he was able to present a more objective and independent impression than we are seeing from the company’s curent management.

I would also encourage the NBN company to remember that MyRepublic is a likely future customer of its services — and that it should seek to establish a good relationship with the company.