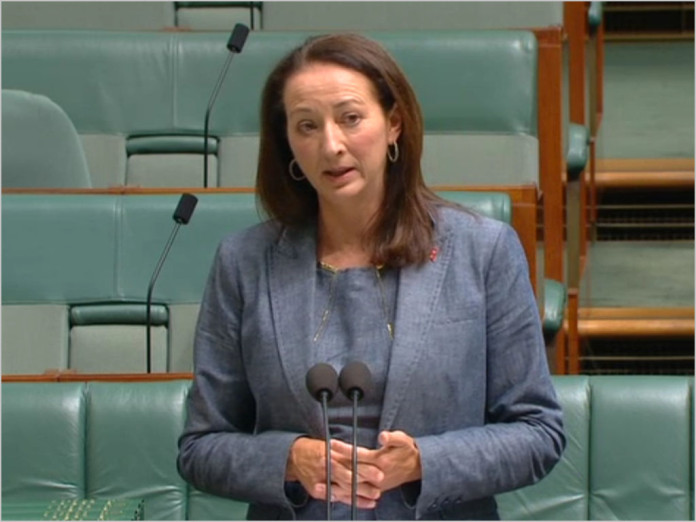 news Federal Labor Gai Brodtmann has strongly criticised the NBN company in Federal Parliament this week for its internal decision-making processes in relation to the Australian Capital Territory, which are seeing the company ignore broadband-starved areas in favour of overbuilding existing high-speed broadband networks.

Last month Delimiter revealed the company had decided to prioritise overbuilding the long-established TransACT Fibre to the Node/VDSL network in Canberra, instead of focusing on rolling out its broadband infrastructure to areas which currently have no high-speed broadband availability.

The decision appears to make little sense. TransACT’s network already provides speeds of up to 90Mbps to much of Canberra, meaning that the NBN company will be duplicating existing network infrastructure. However, the company simultaneously appears to be neglecting areas where the TransACT network does not exist and which currently have very poor levels of broadband.

Brodtmann — who represents the electorate of Canberra — told the House of Representatives this week that many Canberrans currently had some of the lowest-quality broadband in the country. Many had no access to fixed-line broadband infrastructure at all, and were forced to access the Internet through “expensive and unreliable” 3G or 4G mobile dongles.

“To make the situation worse,” Brodtmann said, “the Canberrans who need the NBN the most will have the longest wait. The next three-year rollout plan for the NBN, released in October, fails to include the Canberra suburbs that have the poorest broadband internet rating in the country. The vast majority of Tuggeranong, including suburbs like Monash and Theodore which have the lowest ratings in the country for both availability and quality of broadband—they are not even on the rollout map.”

Tuggeranong, in the south of Canberra, is not currently covered by TransACT’s FTTN network and is known as a region that has poor levels of broadband availability.

Brodtmann said bitter residents in the Tuggeranong area had written to the MP pointing out that they paid Federal and local taxes like anyone else — and yet the northern suburbs — already well-served by broadband infrastructure — received all the government spending. ” We get close to zero new or upgraded infrastructure by comparison,” the constituent said.

Brodtmann said she had heard many similar comments at a NBN forum the MP had hosted with Shadow Communications Minister Jason Clare in Canberra a few months ago.

“That night, I promised Canberrans that I would start a petition, and that I would lobby hard to have Canberra’s NBN rollout prioritised,” she said. “A few months later, more than 700 people have signed my petition; we are currently up to 741 signatures.”

However, Morrow flatly refused to comment on the specific details.

Morrow said there would always be some who were not happy about their premises not being at the front of the queue with respect to the NBN rollout. “There’s always somebody first and somebody last,” he said.

The executive said the NBN company always looked at assets that it could buy. If there were, Morrow said, the company would pursue that option. However, he said, if an asset was not going to be sold to the company, then the company would “move forward with our build”. It appears that TransACT owner TPG does not wish to sell the infrastructure in the ACT and Victoria to the NBN company.

Morrow said until an area had been declared as “adequately served” with high-speed broadband — which the TransACT regions have not — then it had an obligation to build its network in that area.

However, Morrow did not answer the question of why the NBN company was choosing specifically to overbuild TransACT’s network in the ACT as a matter of priority, while not focusing on other suburbs in Canberra which do not have high-speed broadband at all.