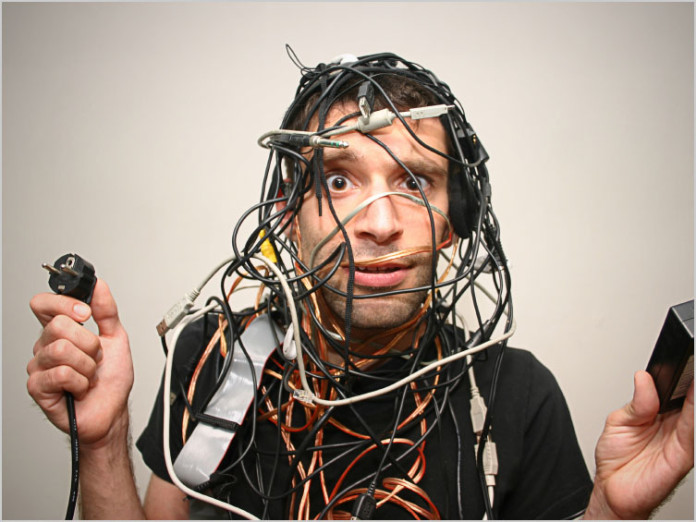 This article is by Rod Tucker, Laureate Emeritus Professor at University of Melbourne. It originally appeared on The Conversation.

analysis The Abbott Coalition government came to power two years ago this week with a promise to change Labor’s fibre to the premises (FTTP) National Broadband Network (NBN) to one using less-expensive fibre-to-the-node (FTTN) technologies, spruiking its network with the three-word slogan: “Fast. Affordable. Sooner.”

But with the release in August of the 2016 NBN corporate plan and in the light of overseas developments, it is clear that the Coalition’s broadband network will not provide adequate bandwidth, will be no more affordable than Labor’s FTTP network and will take almost as long to roll out.

With the benefits of two years’ hindsight since 2013, let’s look at the Coalition’s performance against each of the three assertions in their 2013 slogan.

But in new estimates released in the 2016 corporate plan, the cost of the multi-technology mix favoured by the Coalition blew out and rose to two-thirds (66%) of the cost of a FTTP-based network.

In the space of two years, the lower-cost deal the Coalition spruiked to Australian voters has turned out to be not so affordable after all.

The Coalition probably underestimated the predictably lengthy delays in re-negotiating the agreement with Telstra as well as delays in re-designing the network the new IT systems needed to manage a more complicated network with multiple technologies.

The graph (below) shows the actual and planned number of premises passed (or in today’s parlance – ready for service) for the original FTTP network and the Coalition’s network.

The Coalition’s original target was to bring at least 25 Mbps to all 13 million Australian premises by 2016. That target has now been quietly dropped and replaced with a target of more than 50 Mbps to 90% of premises by 2020.

At the end of July 2015, almost two years after the 2013 election, only 67 premises had been served by multi-technology-mix technologies. In the meantime, as shown (in the graph above), the roll-out of FTTP has continued, albeit at a lower rate than Labor originally intended.

This lower roll-out rate has led to fewer connected customers and lower revenue. It will be interesting to see if the newly released targets for premises ready for service will be achieved (blue broken line in the graph above).

Labor certainly had its problems when it was in charge. For example, slow negotiations with Telstra and asbestos in Telstra’s infrastructure caused delays of around one year. The funding requirements for Labor’s FTTP network crept up by about 10% from 2010 to 2013.

But the delays and cost blowouts have been very much worse under the Coalition than under Labor.

In 2009, Ookla ranked Australia’s average broadband download speed as 39th in the world. Since then, our international ranking has steadily declined and slipped to 59th place earlier this year.

What’s worse, my studies of trends in internet speed in Australia and in a range of developed and developing countries show that FTTN technology – a key part of the Coalition’s MTM – will not be enough to meet the needs of Australian broadband customers.

In short, FTTN technology will cement Australia’s place as an internet backwater. Our world ranking could fall as low as 100th by 2020.

In many forward-looking nations, fibre-to-the-node technology has never been entertained as an option. In some countries where it has been installed, network operators are planning to move away from FTTN in favour of more advanced broadband technologies like FTTP. In doing the opposite, Australia is moving backwards.

If FTTN magically appeared on our doorsteps by 2016, as originally promised by the Coalition, there would certainly be a short-term advantage. But the 2016 target has been missed and the FTTN component of the network will be obsolete by the time the roll-out is completed.

Of course, there is no point in speed just for speed’s sake. Studies in Europe and the United States have shown a strong correlation between GDP growth and internet speed.

In the US and elsewhere, increasing numbers of homes and businesses are receiving services at 1 Gbps and higher. A recent study presents evidence that communities served by 1 Gbps and more are faring better economically than communities with slow-speed broadband.

If in 2013 the Coalition had simply allowed NBN Co to get on with the job of rolling out its fibre-to-the-premises NBN, rather than changing it to an inferior multi-technology mix, it may well have ended up spending less money and delivered Australia a much better network.

The Coalition sold the Australian public a product that was supposed to be fast, one-third the cost and arrive sooner than what Labor was offering us. Instead the Coalition’s NBN will be so slow that it is obsolete by the time it’s in place, it will cost about the same as Labor’s fibre-to-the-premises NBN, and it won’t arrive on our doorsteps much sooner.

By my reckoning, we didn’t get a good deal.

Rod Tucker, Laureate Emeritus Professor, University of Melbourne This article was originally published on The Conversation. Read the original article.