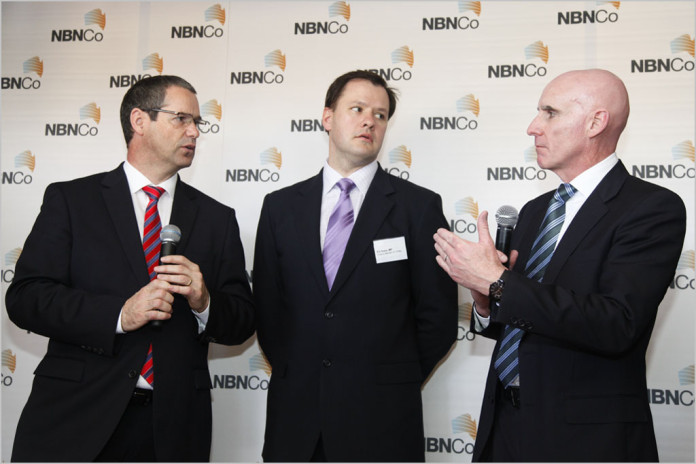 This article is by Rod Tucker, Laureate Emeritus Professor, University of Melbourne. It originally appeared on The Conversation.

analysis Cost is a central issue in the ongoing debate about the best approach to building Australia’s National Broadband Network (NBN).

In 2013, the Coalition argued that Labor’s original all-fibre to the premises (FTTP) network could cost as much as A$94 billion. In the 2016 NBN Corporate plan the figure was revised down to A$74 billion to A$84 billion, while NBN Co’s multi technology mix (MTM), incorporating fibre to the node (FTTN) and upgraded hybrid fibre coax (HFC) was less costly, with a price tag of A$46 billion to A$56 billion.

Since the Coalition announced these numbers, Labor has said that, if elected, it will not go back to an all-FTTP network, but instead pursue a half-way option, in which the HFC component of the MTM is retained but FTTN, the slowest and most limited technology, is phased out.

It’s worth looking more closely at cost difference between FTTP and FTTN to see if the claimed A$84 billion to A$56 billion maximum cost comparison stacks up, and see where Labor’s new half-way solution sits.

The NBN 2016 Corporate Plan states that the average capital cost (capex) to connect a home or business to the NBN using FTTP is A$3,700. But the real cost for a FTTP connection is probably less than this.

The A$3,700 figure quoted by nbn co is based on old construction techniques that have been superseded in other parts of the world. The costs of rolling-out FTTP in New Zealand, for example, have been dropping steadily in recent years and will soon be A$2,900 per premises. For some reason, NBN Co has yet to acknowledge the lessons learned in New Zealand.

Let’s give NBN Co the benefit of the doubt and assume that the A$3,700 cost per premises for FTTP is correct. In comparison, the 2016 Corporate Plan states that the average capital cost for a FTTN connection is A$1,600, or A$2,100 less than FTTP.

For an upgraded hybrid-fibre-coax (HFC) connection the capital cost is A$1,100, or A$2,600 less. However, in light of recent revelations in a leaked document from NBN Co published by Fairfax indicating that it may be necessary to overbuild Optus’ HFC network, the savings offered by HFC will not be as good.

Using these numbers, it is easy to compare the capital costs of different networks.

An all-FTTP network could be achieved by also replacing the HFC connections with FTTP. The total additional capital cost of this hypothetical all-FTTP network would be A$19.9 billion, or A$1,658 per premises averaged across all premises.

Of course, it is necessary to also consider operational expenditure (opex) – the cost of running the network – and revenues from the network. These factors all contribute to the peak funding figures in the 2016 Corporate Plan.

Operational expenditure is a major issue for the MTM network because of factors including the need for new software management systems, the additional costs of maintaining the degrading copper wires in the FTTN network, and the cost of the electricity required to power the FTTN nodes located in suburban streets. Importantly, an FTTP network would incur none of these costs.

Another factor that reduces the cost difference between the Coalition’s network and Labor’s new alternative is that a Labor’s FTTP/HFC network would be capable of generating higher revenues through the delivery of premium services that would not be achievable with a slower-speed FTTN network.

This is well documented by high-profile companies such as Ovum, which predicts FTTP services will drive the highest global growth rates for broadband revenues over the next five years, based on premium speeds of 100 Mbps and higher.

In light of all these factors, why is NBN Co’s cost estimate for a hypothetical FTTP network so large? The NBN Corporate plan provides no detailed information on its financial modelling, but it states that an all-FTTP network would take until 2026 to 2028 to complete.

If the timeframe was indeed as long as this, the revenue stream would be delayed. This could indeed lead to unrealistically large numbers for the peak funding cost of FTTP.

So where does the 2026 to 2028 timeframe come from? My guess is that NBN Co has simply extrapolated from the present rollout rate for FTTP, which has not increased much since 2013. One piece of supporting information comes from a Senate Estimates meeting, where NBN Co confirmed that its A$74-84 billion number was not for a “continued” FTTP network but for a “restart” from the current plan.

NBN Co waited until September this year to hire additional staff, increasing the number of employees from 3,400 to 4,500 to speed up the rollout of FTTN. If it had hired these additional staff in 2013 and focused on the FTTP rollout, the network could well have been completed by around 2020 or 2021.

By Rod Tucker, Laureate Emeritus Professor, University of Melbourne This article was originally published on The Conversation. Read the original article.