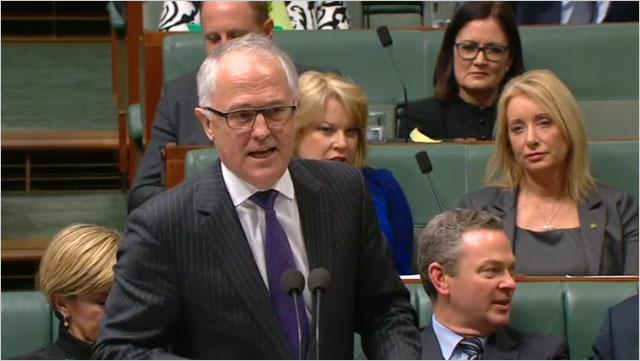 news Communications Minister Malcolm Turnbull today confirmed nbn would meet its rollout targets for the start of the 2015/2016 financial year, although the success appeared to be based almost entirely upon the continual deployment of Labor’s previous Fibre to the Premises model, and not the Coalition’s technically inferior multi-technology alternative.

nbn’s most recent corporate plan (PDF), released in November 2014 but covering 2014 through 2017, states that the company had a goal at that stage of making its network serviceable to 1.033 million premises around Australia, consisting of some 755,000 premises to be serviced by fixed-line cables and some 278,000 premises to be serviced either by nbn’s fixed wireless network or the interim satellite service it is leasing from Optus and IPstar.

In a statement released today, Turnbull said the company had met the targets and was able to service some 1.143 million premises by the end of June, 10 percent more than it had planned to reach by that date. The company now has a total of 485,000 premises connected to its network, 1 percent more than the 481,000 it had planned to have by the end of June.

“The targets are a great credit to the professionalism and dedication of CEO Bill Morrow and the whole nbn team,” the Minister said.

Turnbull added that the company had cut down the number of premises that previously had been passed by but not connected to nbn’s network — from roughly one in three to one in ten — and had reduced the time it takes to connect customers. “Last financial year, it was taking on average 27 days to fulfil an order in brownfields fixed line areas; as of April, that was down to 15 days,” he said.

However, it appears that the nbn rollout praised by Turnbull mainly consists of the continual deployment of the Fibre to the Premises technology which the previous Labor Government had instituted for nbn’s model.

The Coalition won power in the last Federal Election in early September 2013. However, since that stage it has taken almost two years — two thirds of the House of Representatives electoral cycle — for the Government to work through all the requirements of a revised, multi-billion dollar deal with Telstra which would allow it to commence deploying its planned HFC cable and Fibre to the Node network, slated to replace large parts of the previous FTTP policy.

The Australian Competition and Consumer Commission only approved the plan in late June this year. The equivalent $800 million deal to take over Optus’ own HFC cable network is reported to be expected this month.

A nbn spokesperson was not immediately able to confirm how many premises are currently serviceable under nbn’s planned takeover of the HFC and FTTN/copper elements of Telstra’s network. The company is conducting trials of both rollouts. However, former Labor staffer and candidate David Havyatt has alleged the figure is as low as 67.

The June 30 target also represents a substantial watering down of the Coalition’s NBN election commitment prior to the 2013 Federal Election.

opinion/analysis
Announcing you’ve met the targets you set for yourself only ten months ago? Bagging the opposition’s lack of ability to meet its own targets before you took office and revised them? This is all par for the political course.

But there are two realities going on here which are worth noting.

The first is that nbn, as a company, is more or less continuing to successfully deploy its Fibre to the Premises model, in a very similar way as was originally envisioned. Sure, the company is quite a long way behind its original projections (its 2012-2015 Corporate Plan, released in August 2012, envisioned 1.6 million active premises by this date (PDF)). But it’s getting there.

It’s clear that nbn’s original management did a solid job of setting up the company. Despite all of the headaches along the way, nbn is delivering FTTP to premises all around Australia. Despite abysmal morale due to the constant political infighting above their heads, the nbn team is continually ramping up its delivery. And that is a very good thing.

Secondly, the Coalition is getting closer and closer to a 2016 Federal Election without having made much real progress on its much-lauded Multi-Technology Model. It will miss the targets it announced in April 2013 by a country mile and it probably won’t have much done on FTTN/HFC by the time Abbott calls the election — an election which it will have a very good chance of losing, on current polling.

There is no doubt that Turnbull will suffer a decent barrage on this front from Labor as the Parliament starts heading towards the polls. However, the situation leaves Labor itself in an uncomfortable position. As Shadow Communications Minister Jason Clare has admitted, the new deal with Telstra means it would be difficult for Labor to simply dump the HFC and FTTN components of the MTM model and switch back to a full-fibre option.