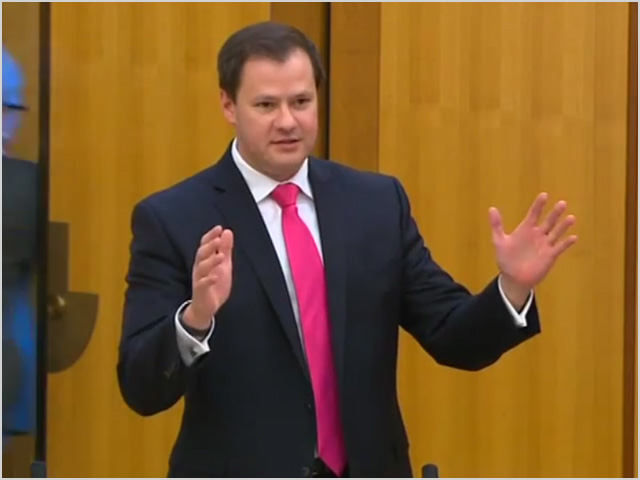 news Labor MP Ed Husic this morning told the Federal Parliament that he was “surprised” by the ABC’s coverage of the National Broadband Network issue, following news that several of the broadcaster’s flagship current affairs shows have largely ignored the issue recently and that it delayed a pro-NBN article by Lateline host Emma Alberici until after the Federal Election.

Despite the controversy, an analysis conducted by Delimiter of the NBN-related coverage of three of the ABC’s top flagship current affairs programs over the past 18 months has found that only one — Lateline — covers the issue regularly or in any detail, while others such as 7:30 and Q&A have almost completely ignored the issue in that period, despite regular appearances by the Coalition’s communications policy leader Malcolm Turnbull. The issue has been shut down live on air on Q&A several times.

Following the analysis, last week it emerged that the ABC delayed publishing until after the Federal Election last year an article by Lateline co-host Emma Alberici that was sharply critical of the Coalition’s alternative National Broadband Network policy and ended up being one of the broadcaster’s most popular pieces of content on the topic.

Speaking in Federal Parliament this morning, Labor MP Ed Husic, who was Parliamentary Secretary for Broadband and to Prime Minister Kevin Rudd in 2013 and has maintained a strong interest in the technology portfolio, referred to the issue during a wider speech on the Coalition’s rival NBN policy (YouTube).

Since being appointed Communications Minister in September last year, Turnbull has commissioned a series of reports into the project, most of which have featured the substantial involvement of consulting firms.

Husic accused Turnbull of “building a Brandis-esque library of consultant reviews and reports” about the project (referring to the extensive parliamentary library of Attorney-General George Brandis), rather than focusing on its network construction effort. “And if they’re not rolling around in glee making snow angels out of the invoices the consultants have sent them, they are working hard to suppress different views on the NBN,” he said.

“You only have to look … I have been surprised to see, for instance, reports that the ABC has been withholding reports about the NBN, because they don’t want to upset their new masters, and they’re failing to report on the National Broadband Network,” Husic said.

Husic’s comments reflect the third time over the past 18 months that a Labor figure has expressed concern about the ABC’s coverage of the NBN and the Coalition’s relationship with the broadcaster on the topic.

In the opening months of 2013, for example, then-Communications Minister Stephen Conroy and Labor Senator Lisa Singh asked ABC managing director Mark Scott during a Senate Estimates hearing at the time how many times Turnbull had personally appeared in ABC coverage over the preceding 12 months.

The question is particularly pertinent to Turnbull’s appearances on Q&A. Delimiter’s analysis has shown that the Liberal MP has appeared on the show some 12 times since he was appointed Shadow Communications Minister in late 2010. However, on only three occasions — 28 April 2014, 10 February 2014 and 8 July 2013 and, did Q&A allow a formal question about the NBN topic to be asked by the audience. On two of those three occasions, host Tony Jones actively curtailed discussion on the NBN, allowing only very limited discussion of the topic, and only allowing Turnbull personally to respond to the issue at length, with other panellists only having very limited input.

Q&A has gradually attracted criticism since it was launched in mid-2008 for what some have seen as its preference for repeatedly inviting certain politicians from the two major sides of Australian politics — Labor and the Coalition, while giving lesser preference to commentators from non-political or media professional backgrounds, or from smaller political or advocacy organisations. Liberal MPs Christopher Pyne and Malcolm Turnbull, as well as Labor figures Tanya Plibersek and Bill Shorten, have particularly been noted as repeat guests who represent entrenched political positions.

The ABC eventually responded to the questions (PDF), noting that it did not keep a log of appearances on air, as this would be “an extremely time-consuming administrative burden with no editorial benefit”. The broadcaster does record formal “share of voice” counts during election campaigns to ensure appropriately balanced coverage, but said this was not necessary at other times.

The ABC’s coverage of the NBN topic was also discussed in a Senate Estimates hearing with Scott on 29 May (page 163). At the time, Liberal Senator Simon Birmingham questioned the status of ABC journalist Nick Ross (its Technology & Games site editor), who had written several articles critical of the Coalition’s rival NBN policy. The articles stemmed extreme criticism by Turnbull, who accused Ross of creating “relentless propaganda” to support Labor’s NBN project.

The coverage was investigated by Media Watch, which largely exonerated Ross of allegations of bias. At the time, Scott only confirmed that Ross discussed his work with his line management, as every ABC journalist did. However, Birmingham pursued the line of questioning, leading Conroy to accuse Birmingham of “intimidating ABC journalists” on Turnbull’s behalf. Turnbull also faced questions about ‘journalist bullying’ in March 2013, on the same issue.

In a statement last week, the ABC said Ross was a “respected and dedicated journalist in this area”. However, since the Media Watch coverage, Ross has largely backed away from the NBN topic. Another ABC reporter, Jake Sturmer, appears to have been reassigned away from the technology beat and is also no longer covering the NBN.

The ABC issued a statement last week stating that its coverage of the NBN topic had been “adequate and appropriate”.