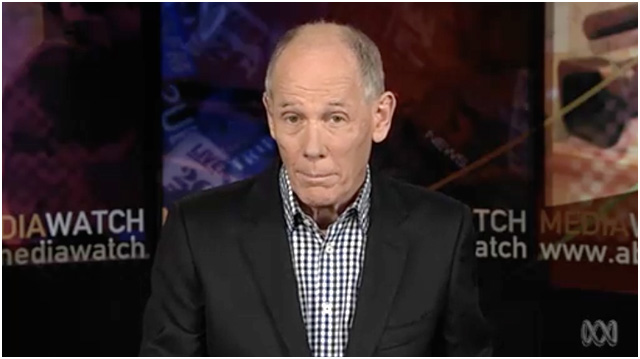 blog Those of you who’ve been following the ABC’s media accountability program Media Watch for a while will know that appearing on it is usually a journalist’s worse nightmare. You have to contend with the program’s crack team running a fine tooth comb over your coverage, you have only a limited chance to put your point of view, and perhaps worst of all, you know that you’re most likely going to have to face host Jonathan Holmes’ smug expression beaming from your TV as he points out to the nation exactly what you did wrong.

That’s why we were pleasantly surprised with the conclusions which Holmes drew on last night’s program (you can watch the whole thing here and also read the transcript) regarding the National Broadband Network coverage which ABC Technology + Games Editor Nick Ross has been generating over the past year. Ross’s articles have been controversial due to the extent which he has pushed back against the Coalition’s claims regarding its rival NBN policy; but there is no doubt that the vast majority of readers have been on his side on this one.

Holmes found that Ross had stepped a little over the line with his coverage, entering into the realms of advocacy for the NBN. But that conclusion was mainly a technicality in terms of the ABC’s stringent internal guidelines, and in general the Media Watch host had a great deal of positive things to say about Ross. Take these paragraphs:

“There’s no doubt that it would have been safer if Ross did what ABC journalists often do…set out what the government claims about the costs and benefits of the NBN, and the opposition’s claims for its own policy, and “leave it to the reader to judge”.

But to many media critics, that’s just a cop-out. It’s what New York University’s Jay Rosen has called “he said, she said journalism” – and he’s been railing against it for years …”

Holmes found that Ross had, using his expertise and specialist knowledge of the NBN topic, delivered analysis grounded in reporting work, using hundreds of reports and other sources; and what’s more, he has no political affiliations to weigh him down. In addition, he noted that mainstream media outlets such as The Australian Financial Review and The Australian newspapers had taken a broadly negative approach to the NBN and he noted the reader support for Ross’s work.

Now, of course these are issues which we’ve been harping on about at Delimiter for some time. It’s not enough to merely report what the Government and the Coalition say as though it’s fact; political statements need to be checked for accuracy and put into context. Only then can a complete picture of the reality of complex situations like the NBN emerge.

Of course, Media Watch’s report wasn’t without its caveats and yours truly didn’t agree with all of its findings. However, we like to think that the NBN debate is better off because of last night’s broadcast, and we hope that every writer contributing articles about the NBN from now on will take note that courageous work such as Nick Ross has been putting together can indeed stand the test of scrutiny as intense as that which the notoriously picky Media Watch can bring to bear.

Image credit: Screenshot of Jonathaon Holmes on Media Watch last night, believed to be usable under fair use