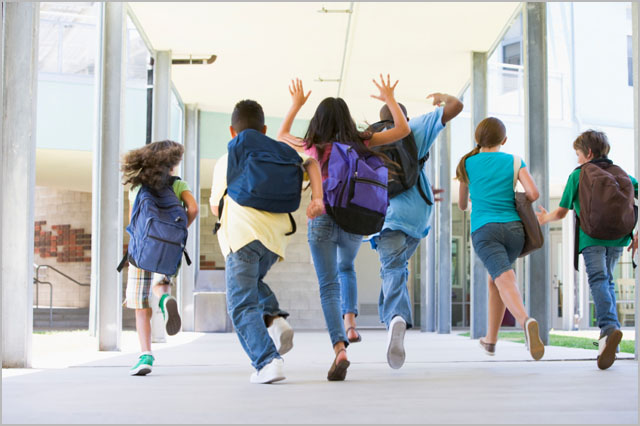 news The Victorian Auditor-General has told the state’s Department of Human Services to treat the need for a better client information system to store details about children under its care as a “priority”, with revelations that the department’s existing system was difficult to use and not being used correctly, as well as the fact that staff are still using cumbersome fax-based technology to report abuse.

According to a report published by Victorian Auditor-General John Doyle this week and available online, there are currently about 500 children in residential care in the state that the Department of Human Services (DHS) is responsible for. These children are in the so-called Out of Home Care system because (in most cases), the Children’s Court has decided they are at significant risk of harm, abuse or neglect from their own families and cannot remain in their normal homes.

In general, however, the report found that the department’s processes were not adequate to handle the number of children it had responsibility for, with its resources “operating over capacity since at least 2008” and putting at risk efforts to protect children from harm, protect their rights and promote their development.

One contributing factor to the issue, according to Doyle’s report, and as first reported by iTNews, is that the client information system which the department is using to store information about each child is not functioning adequately.

“The system operates as a depository rather than a Client Relationship Information System,” wrote Doyle. “Case plans were not where they should be in the system, often buried amongst hundreds of other documents. As reporting on compliance with legislative obligations relies on this data system, compliance reporting is not reliable.”

“The audit conducted a case file review and found case plans and many other critical documents, such as individual education plans and care and transition plans, difficult to locate within the client information system. While the system has the capability to manage this requirement, it was evident that it was not being used to its potential, creating inefficiencies and waste. While some improvement could be made to the configuration, the primary issue is one of training and compliance. Considering DHS has responsibility for these vulnerable children, the lack of an effective information system should be addressed as a priority.”

Much of the problem with the system is that it relies on manual data entry, which means, according to the auditor’s report, that “DHS cannot be assured that its response to critical incidents is efficient or timely”. In practice, the organisations which DHS works with to support at-risk children are required to fax incident reports to a DHS divisional office when they occur. This information is then replicated into multiple databases.

The issue is particularly important when the nature of many of the “critical incidents” is considered, in that between 15 to 20 percent are deemed to be abuse, including sexual abuse, in care. An allegation of abuse in care triggers a quality of care review which includes an investigation process — however, this action will not be taken until the initial reports are filed.

The problems outlined with respect to DHS’ Client Relationship Information System (CRIS) are not new. In November 2011, as part of a wide-ranging investigation in major IT projects in Victoria, the Victorian Ombudsman wrote that the CRIS system was “still struggling to meet the needs of the department”, despite two separate reports having been published in 2009 and 2010 about the problematic platform.

The CRIS project was initiated in October 2001. At the time, DHS had designed CRIS to replace, enhance and create client information systems for the areas of child protection, juvenile justice, disability services and specialist children’s services. The initial approved budget for CRIS was $22 million. However, in November 2011, the Ombudsman’s report wrote that the CRIS project had blown out in cost by over 218 percent ($47 million) and was completed nearly three years behind schedule, in 2008.

“CRIS has been in place for three years, and yet it remains plagued by the concerns of Child Protection workers interviewed who state the system has caused stress, frustration and an increased desk-based workload,” wrote the Ombudsman at the time. “My primary focus has therefore been on the Child Protection component of CRIS, to identify the current issues and understand how these can be addressed.”

The Ombudsman wrote at the time that the problem with the system was that DHS’s support for it remained “inadequate”. “In my view, DHS has failed to take adequate action to address the recommendations of the fit-for purpose report,” the report stated. “It is clear that the success of CRIS requires strong, ongoing post-implementation support, including thorough training for users, an adequately staffed expert help desk and prompt addressing of system issues. DHS should direct adequate funds to the post-implementation support of CRIS to ensure it works to its full potential and to support Child Protection workers.”

The Victorian Government earlier this week announced (PDF) it would spend some $8 million on several new platforms in the area of government care, including “An outcomes tracking system to facilitate the early identification of issues impacting on children and young people in care”, and a new incident management system.

opinion/analysis
Wow. What we’re seeing here is very clear. The Victorian Department of Human Services has been warned, repeatedly over a half-decade period, that its client information systems are not functioning correctly and are contributing to putting children at risk through inefficient reporting practices (including the use of tedious faxed reports and manual data entry). Faxes! In 2014! About critical incidents involving child safety! Sounds insane, but it’s true. And yet, the Department appears to have failed to take the necessary action to remediate its problems.

From my point of view, it seems obvious that any IT systems which are involved in supporting the safety of children under government care should be nothing short of world-class. Child support workers shouldn’t have to struggle to get these systems to function correctly. These should be heavily funded, gold-plated best of class systems which do everything possible to ensure that information about children at risk is available in a timely and efficient manner, to ensure those children receive the best possible support.

Children are often the most vulnerable members of our society. Every action possible should be taken to protect them. I strongly urge the department to throw resources at this information system (as well as the department’s other, non-IT issues) until these problems are fully resolved.

I would also point out that this audit highlights yet again that the widespread problems Australian state governments are facing with major IT project and service delivery are having actual real-world impacts on service delivery to the public. Last month the failure of Victoria Police’s IT systems was partially blamed for the death of a young man in the state. This month it’s children being placed at risk due to ineffective client information systems at the state’s Department of Human Services. This is just not good enough. And that much should be obvious to everyone.